With the help of $46.7 million from the commonwealth, the Virginia Tech Carilion Research Institute plans to double its facility in Roanoke. The new 105,000-square-foot building would employ another 275 to 300 workers, expanding the institute’s work in its research specialties, such as neuroscience, heart disease, infectious diseases, and breast and brain cancer diagnostics and therapeutics.

The hope is the expansion will spawn economic development around the institute, in an area called the Health Sciences and Technology Innovation District.  “We want to build partnerships with industry,” says Michael Friedlander, executive director of the research institute. “With small businesses, we could attract innovative biotech companies. In other cases, we could bring in more established companies who want to put a branch here and want to be part of the excitement and the energy of what’s going on in Roanoke.”

Funding for the new building is part of a $2.2 billion bond package passed by the General Assembly designed to make strategic investments in the state’s infrastructure and promising research at Virginia’s higher-education institutions.

The bond package — combined with new and expanded research and development tax credits, economic development programs and workforce credential incentives — was a highlight in a session packed with more business-related legislation than any in recent memory.

Although a partisan fight over the appointment of a Supreme Court appointment dominated headlines during the session, the Democratic governor and Republican-controlled legislature compromised on incentives primarily designed to accelerate Virginia’s growth in the “new economy.”

“There was a significant focus on business, and frankly, I think it’s the right time,” says Barry DuVal, president and CEO of the Virginia Chamber of Commerce. “When you hear about the downsizing of defense spending and the fact that Virginia is growing at less than the national average for our gross domestic product, those are trends we want to reverse.”

Commercializing research
This year’s legislation could create a new era in research at Virginia’s universities. Through additional money and incentives, legislation this year put a major focus on the commercialization of university research.

Much of that focus involves new programs and funds to develop Virginia’s biosciences industry. “This was the best year by far for bio,” says Jeff Gallagher, CEO of the Virginia Biotechnology Association (Virginia Bio), which represents the life sciences industry in the commonwealth. “The governor did a great job of lifting the topic and vision in his budget, which eventually was cut down, but it’s at least a couple times more than bio has ever received.”

Under the budget that begins July 1, a current program, The Catalyst, will receive a major funding boost in its efforts to incentivize universities to collaborate with each other and work with industry partners to commercialize biosciences research.

Previously, the program, officially named the Virginia Biosciences Health Research Corp., had about $2.5 million to spend each year. In the budget starting in July, it will receive a total of $10 million over  the next two years, including $2.5 million specifically dedicated to health research with commercialization potential.“Great research is being funded, but it has a real impact on growing commercial opportunities,” says Gallagher.

A new initiative is designed to advance university research in all technologies. This year, the General Assembly created the Virginia Research Investment Fund (V-RIF). The fund, which will include $28 million in general funds during the next two years and $29 million available from the bond package, will have two major objectives.
The first goal is to help Virginia’s universities attract top-notch researchers with track records in commercialization.

Bringing in first-rate researchers can make a big economic impact, says Gallagher, pointing to Friedlander at Carilion and Virginia Tech as an example. “This is a way to help get the right talent,” he says. “It’s very competitive out there nationally and globally, when people distinguish themselves not only as crack researchers, but who also are really interested in answering, ‘Is this really going to help people? Is this research really going to get into the clinic?’”

V-RIF’s second goal is to fund the creation of centers of excellence focused on a specific area of research, such as diabetes or neuroscience.

This fund will encourage universities to create partnerships with the private sector in various industries. Increasingly, research-funding organizations are interested in backing collaborative projects rather than research that is specific to one university. “It’s a way to bring expertise together and become best in class by collaborating,” says Gallagher.

The fund was based partly on the Georgia Research Alliance, which Virginia Bio persuaded Gov. Terry McAuliffe to visit on a fact-finding mission last fall.

In addition to doubling the Virginia Tech Carilion Research Institute, the bond issue includes money for the expansion of Virginia Commonwealth University’s School of Engineering and construction of a new STEM laboratory building on campus. It also supports the creation of the University of Virginia Center for Human Therapeutics, a research center focused on using medical research to create commercial drugs.

Inova Health System also is a major beneficiary under the bond issue as it develops its Center for Personalized Health campus in Northern Virginia. The campus is focused on developing research around personalized medicine, which aims to predict, prevent and treat disease based on a person’s genetic makeup.

The current research and development tax credit was capped at $5 million, but demand had exceeded that the past few years. This year’s legislation will increase the cap to $7 million a year. The legislation also increased the cap for each company to $45,000. That cap rises to $60,000 if research is done in conjunction with a Virginia university.

The new research and development tax credit is designed for companies spending more than $5 million a year on research. The new credit is capped at $20 million per year. “It’s been utilized and over-subscribed,” Josh Levi, vice president for policy at the Northern Virginia Technology Council, says of the current tax credit. “So the intention this year was to strengthen the current credit for small businesses and to recognize at the same time that there are some companies that have a much larger research spend that are constantly making decisions and re-evaluating where they do their research activity.”

Economic development
Other legislation passed this year will put a new emphasis on developing exporting opportunities for Virginia companies. The Virginia Chamber of Commerce, along with the Virginia Maritime Association and the Virginia Manufacturers Association, led an initiative to establish the Virginia International Trade Corporation (VITC).

That new organization will pull international trade activities from the Virginia Economic Development Partnership. VITC will be designed to help companies take advantage of existing trade programs at the federal, state, regional and local level. A first-of-its kind study funded by the chamber showed that from 2009 until 2014, 30 percent of Virginia’s economic growth came from increased exports.

The separate agency would allow more Virginia businesses to take advantage of Virginia’s popular exporting-assistance programs, says DuVal. “One of the ways we can help Virginia’s existing businesses is by aligning the trade activities of the commonwealth and therefore making it easier to access affordable costs and higher-quality trade programs that will help Virginia businesses expand their export products,” he says.

The VITC will be organized during the fiscal year starting July 1, and its powers and duties become effective April 1 next year.

The chamber also backed another major economic development initiative passed this year — GO Virginia — although the program will require further legislative action next year.
The program is designed to encourage localities to work together on economic development by offering state grants. “Regions grow along economic boundaries and not political boundaries,” says DuVal. “Therefore we should craft incentives that reward regional economic growth and promote legislation that rewards regional economic thinking. GO Virginia is an implementation of that.”

In the budget, GO Virginia received $36 million for grants encouraging collaboration among businesses, school systems and governments in each region. The legislation established the Virginia Growth and Opportunity Board to administer the program and regional councils that would apply for grants.

The legislation, however, was almost held up by disagreements between the governor and the legislature over control of the GO Virginia board and the power to approve exceptions to the bill. The legislation includes a hardship provision for smaller localities that could not meet minimum project standards — an  investment  of $25 million and the creation of 200 jobs.

In the end, a compromise was reached, which allows the board and regional councils to be set up, but regional grant funding won’t take place until the second year of the budget. A working group will study the issue, and the legislature must revisit the legislation next year. “We think the agreement was a constructive step forward, and we are pleased at the bipartisan nature of the agreement,” says DuVal.

Not every industry benefited from the 2016 General Assembly.   McAuliffe vetoed a bill that would have extended tax credits for Virginia’s coal industry. The governor pointed out that the credits have cost Virginia $610 million since 1988. During the same period, the number of Virginia coal mine jobs fell from 11,106 to 2,946.

The coal industry in Virginia has been suffering from increased regulation and competition from natural gas.

On the horizon
Details on many of the new programs established this year will be cemented during the next couple of years.

Specifics on many of the programs, including the new bioscience initiatives and funds, will be written into regulations stemming from the legislation. These will require provisions that allow the programs to run smoothly and ensure applications are properly vetted, says Gallagher of Virginia Bio. “It’s great to be created on paper,” he says. “Now all these people, including us, are going to have to work really hard to make sure they are built up in a way that provides excellent results and are completely accountable to citizens of the commonwealth. There’s a lot of work ahead just to get them ready to go.”

Many issues punted this year could become major issues next year.

Certificate of Public Need (COPN): A number of bills were introduced this year that would have dismantled or changed Virginia’s COPN regulations. The Senate carried over legislation that would have removed imaging services, such as MRIs and CT scans, from the state’s COPN regulations. Hospitals have argued these services help pay for their charity care and emergency-room services, while proponents say this change could help to lower health-care costs.

Airbnb: Legislation that would protect Virginians’ ability to rent lodging through Airbnb and create a process to collect taxes was approved with a re-enactment clause. That legislation requires the General Assembly to approve the legislation again next year and instructs the Virginia Housing Commission to study the issue.

Angel investor tax credit: This credit, provided to investors in companies, has been over-subscribed. In fiscal year 2014, investors submitted applications for $9 million in tax credits, although the credit is capped at $5 million. Legislation introduced this year would have increased the limit to $9 million. Another bill would have eliminated the credit altogether. Both bills were defeated, but the legislature plans to study the issue during the next year. 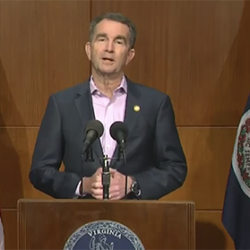