Rather than beat the market, female investors ‘want to have security’

This summer, the Chinese economy got the wobbles, and the stock market responded by doing a nosedive.  At the same time, the excruciatingly slow and persistently fitful recovery of the American economy was hardly a confidence builder. As a result, August and September were bear months for investors.

These kinds of “corrections” in the marketplace may be inevitable, but the key to building a sound portfolio, say Virginia financial advisers, is not to be overly reactive to them. Have an investment strategy that is prepared for volatility, they say. Keep emotion out of investment decisions and focus on the horizon. And, if their clients happen to be women, they just might listen to that advice.

Everyone, regardless of sex, wants a retirement that is free from money worries, of course, and financial advisers say they give the same advice about wealth accumulation to both men and women. Nonetheless, for women, much more than men, they find that the most common driver for investment planning is a deep-seated dread of a destitute old age. 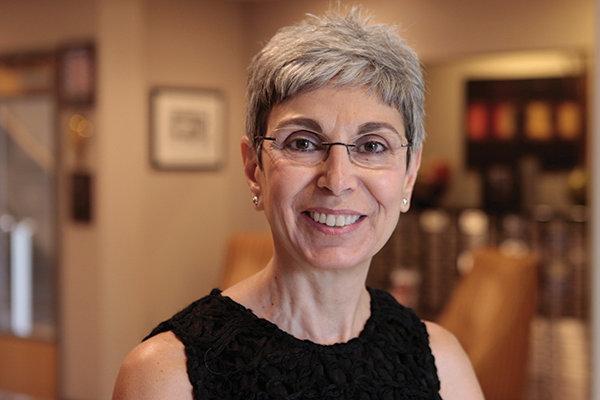 “It doesn’t matter how much money they have, they don’t want to be a bag lady or be dependent on their children,” says Dalal Salomon of the wealth management company Salomom & Ludwin in Richmond, which is associated with the Wells Fargo Advisors Financial Network.

Such fears are not unfounded. According to USA LifeExpectancy, on average, women in Virginia now live 81.3 years, while men in the commonwealth live 76.6 years. That means that whatever assets women have must be stretched to cover more years.

At the same time, women’s assets may be more limited than their male counterparts. More than half the women over 65 are widows, and many are left with little income. Women who have worked outside the home usually have accumulated a third less money in their retirement plans than men,  Blisk says, and 48 percent have no retirement plan at all.

These dismal statistics are partly because women still are being paid less than men for equivalent work, but they also are the result of them going in and out of the workforce to raise children and to tend to other familial obligations.  A Transamerica survey recently found that 45 percent of American women work part time, with a corresponding figure of just 24 percent for men. That differential also affects the size of women’s Social Security checks, which are a mainstay income for many retirees. 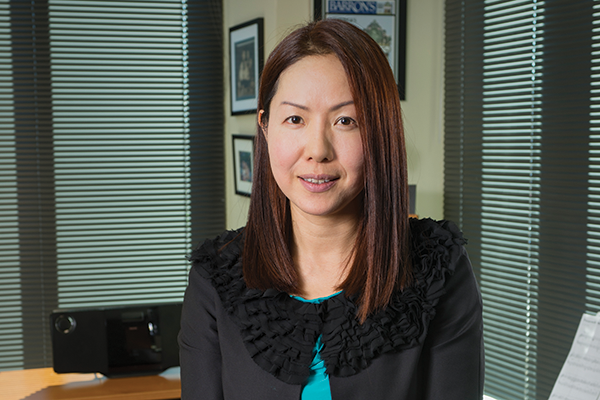 Paradoxically, though, women often acquire assets through a divorce or from a spouse who predeceases them.  Susan Kim of Kim, Hopkins & Associates in Vienna, a financial advisory practice of Ameriprise Financial Services, says that at some point in their lives, 80 percent to 90 percent of American women end up in charge of their own financial well­being. Many, however, are unprepared for that responsibility or are intimidated by it. Further, says Blisk, many women also wait until they are into their 50s before turning their attention to retirement planning, which leaves not that many working years to accumulate a nest egg.

“Women should be encouraged not to abdicate a basic understanding of financial plans to their husbands,” says Susan Colpitts of Signature wealth management in Norfolk. “They really need to lean in on their financial planning and be responsible for their own preparedness, single or married.”

Luckily, financial advisers say, most women want to understand their finances better and learn the facts. One of those facts, though, is that women sometimes put the welfare of others ahead of their own and make supporting their children, church or college a top priority. Kim tells these clients that they must look to themselves first.

Another essential and potentially destructive fact is that many women are naturally conservative in their investments. They have a money-in-the-mattress mentality, preferring to put their assets in low-risk options such as certificates of deposit and bonds, which may barely keep them ahead of taxes and inflation and do little to grow their portfolio. At the same time, they can be suspicious about advice to put more of their money into higher-risk growth investments, usually because they feel they don’t understand finances.

On the issue of building trust with these clients, women financial advisers say they might have an edge. First, women often like to work with other women. Further, Virginia’s female advisers take noticeable pride in their willingness to hear what their clients have to say and their patience in explaining portfolio strategies to even novice investors. “Listening is the most important skill an adviser can have,” Colpitts says.

These innate pluses for female financial advisers would seem to make the field a natural for women. A recent study by the Boston-based research firm Cerulli Associates, however, found only about eight out of 100 financial advisers are women. Those stats haven’t budged much for years, even though the Bureau of Labor Statistics projects that the investment industry is expected to grow more than 30 percent this decade.

William J. Rolser of Aeon Wealth Management in Sterling says his firm would love to hire a female financial adviser — if it could find one. “Since entering the industry in 1995, the lack of women advisers has been an ongoing topic,” he says.

Salomon, whose Richmond firm manages $800 million in assets, says one reason for the dearth of female advisers may be the entrepreneurial and highly competitive nature of the work. Rolser concurs, saying that many firms in this male-dominated industry emphasize short-term results rather than the forging of long-term relationships, which can be a turnoff to many women.

Being a financial adviser is also a demanding job.  “It’s not like being a teacher,” says Blisk, who has been in the business for 29 years and runs a firm managing $380 million in assets. “It takes a full, 12-month focus. It’s like running a doctor’s practice, when people need to talk to you NOW.”

Kim, whose firm manages about $950 million in assets, is perhaps more blunt about why female financial advisers remain a minority.

“Many women are people pleasers,” she says, and that trait can be at odds with the service that financial advisers are paid to provide.

“I’m a Type A,” Kim says. “I have no problem telling clients what to do. I see myself as their money personal trainer.”