Reaction must be quick but ‘not a witch hunt’

Toppling like trees in a hurricane, many male executives in entertainment, media and other industries have been felled by allegations of sexual harassment.

The hashtag #MeToo has raised awareness about the prevalence of sexual harassment and assault in the workplace, sparking a growing movement in the U.S. and abroad.

The depths of the issue were highlighted late last year in a poll by ABC News and The Washington Post. Fifty-four percent of the American women responding to the poll said they have received “unwanted and inappropriate” sexual advances, and 95 percent said such behavior usually has gone unpunished.

A Pew Research Center survey conducted early this year found that half of its respondents believed that “men getting away with committing sexual harassment/assault” was a major problem. By contrast, only 34 percent were equally concerned about “employers firing accused men before getting all the facts.”

At the same time, 51 percent of respondents agreed that the intense focus on sexual harassment has made it harder “for men to know how to interact with women in the workplace.”

1991 Senate hearing
Mary Gowan, dean of the College of Business at James Madison University, has researched the sexual harassment issue and conducted training for companies since 1991.

That was the year that law professor Anita Hill became a national figure. In televised confirmation hearings before the Senate Judiciary Committee, Hill ignited a firestorm by accusing Clarence Thomas, a U.S. Supreme Court nominee, of sexually harassing her. Thomas had been Hill’s boss at the U.S. Department of Education and the Equal Employment Opportunity Commission.

When Thomas appeared before the committee, he vehemently denied Hill’s accusations, charging that he was the subject of “a high-tech lynching” by liberals seeking to deny a black conservative a seat on the Supreme Court. The Senate ultimately confirmed Thomas by a narrow margin, 52-48.

Gowan says that, after the contentious hearing, many companies began conducting sexual harassment training. But over time, many of these programs became “check-the-box” exercises, often using videos and other off-the-shelf materials.

In the past few years, however, many executives began to realize that many of “the issues we thought we had dealt with have not been dealt with,” Gowan says.

That realization, in turn, has led to more substantive conversations about sexual harassment because of the effects it can have on a company’s reputation and its bottom line.

When sexual harassment accusations are made, Gowan says, action must be taken quickly and correctly. “But make sure it’s not a witch hunt,” she warns.

Gowan says undergraduate business students are keenly aware of the Me Too movement. “It’s very much part of their vocabulary … women in particular are thinking about it,” she says.

Not a separate program
Some Virginia executive education programs address the sexual harassment issue as  part of existing programs. 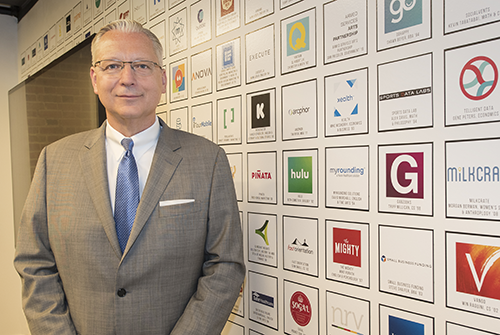 “We have not had any executive education clients ask specifically about sexual harassment training, but the vast majority of our clients request communication training, and gender communication is part of that,” says Kenneth White, associate dean of MBA and executive programs at the College of William & Mary.

He says there is no universal approach to identifying and dealing with sexual harassment. That’s one reason why it’s a challenging topic.

“Despite it being awkward to discuss, silence is not an option,” White says. “Talking about it is a major step in the right direction, and that’s what we have done in our sessions with clients. It can’t be avoided. It needs to be met head on through conversation.”

Joanne Even, business development director of executive education at the University of Richmond’s Robins School of Business, says that discussion of sexual harassment often intersects with conversations about behavior in the workplace, social intelligence and better working environments.

She believes that executive education clients may not be asking specifically for sexual harassment programs because companies already have programs designed to address the topic and enforce proper behavior. 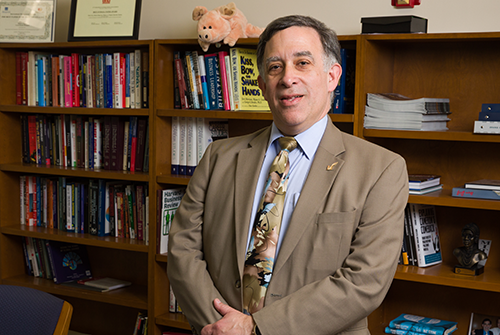 Maury Peiperl, dean of the School of Business at George Mason University and expert in global leadership, says that different cultural norms come to bear on how sexual harassment is addressed throughout the world.

After more than a quarter of a century abroad, Peiperl observes that some other parts of the world — he cites Northern Europe and the Scandinavian countries — are ahead of the U.S. in promoting a culture of equal rights and treatment.

But he says the current heightened awareness of sexual harassment in the workplace has made it “an everyday issue for all organizations all the time.”

Another hot topic
Sexual harassment isn’t the only hot topic that executive education programs are addressing.

At a time when hackers increasingly are stealing information from companies, Peiperl says researchers at George Mason’s School of Business and Volgenau School of Engineering have taken “joint ownership” in finding ways to safeguard critical data.

Peiperl wants to develop more short courses, certificate programs and online offerings to provide executives with the training they require. “Being able to do things securely is the hottest thing going,” he says.

White of William & Mary agrees that “cybersecurity is huge,” especially as an open-enrollment executive education program.

“We just hosted [on March 16 and 17] a fantastic two-day conference with our law school,  ‘Another Day at the Breech: Cyber Intrusion.’ The conference featured experts from around the country along with members of our faculty.

“Large or small, protecting your digital assets requires an understanding of the risk and a well-considered, organizationally understood, and readily deployable plan,” White says.

UR’s Even says the university doesn’t run a cybersecurity program through its executive education program but has undergraduate and certificate programs that put the problems of cybersecurity more sharply into focus.

She says she hopes cybersecurity is  “top of mind” for every business executive. 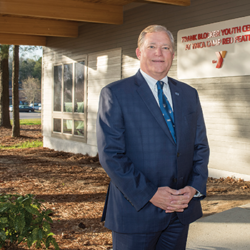