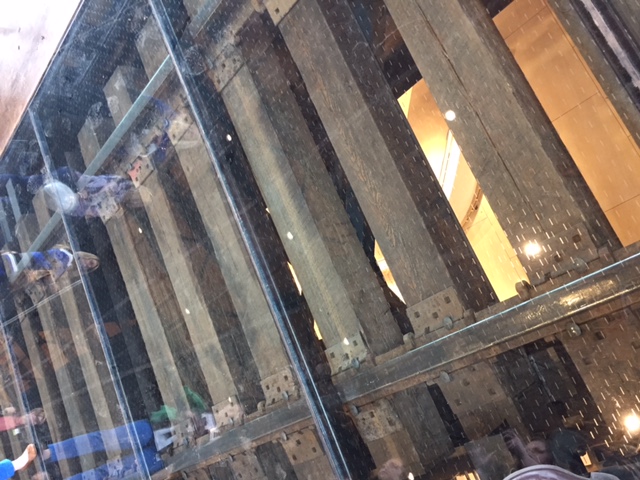 The most striking thing about Main Street Station’s newly renovated train shed is all the glass. While walking down the shed’s cavernous, 275-foot -long hall,  visitors can see many views of downtown Richmond through its glass walls — everything from cars whizzing by on Interstate 95 to the rooftops of nearby Church Hill.

The opportunity to tour a $92 million makeover of one of Richmond’s most iconic buildings earlier this week drew about 70 members of the Richmond chapter of Commercial Real Estate Women. They toured the train shed and the ground floor of the station, built in 1901.

Serving as tour guide was Jeannie Welliver, a project manager with the city’s Department of Community and Economic Development. She’s has been involved with the station project for years.  “This is our version of Union Station in D.C.,” she told the group.

The shed’s renovation was financed primarily with state and federal transportation grants. “We’re revitalizing Shockoe Bottom, and this is the crown jewel,” Welliver added.

Next door to the station, Richmond also is revamping its Farmers Market. In addition, there are plans for a public plaza outside the train shed, a new security/command center for Shockoe Bottom and ground-floor tourism welcome center for the city and state.

Pop-up shops and an indoor market on the ground floor also are in the mix along with plans for more permanent stores and space for as many as three restaurants Welliver said.

While a few items remain to be finished, the shed has a temporary occupancy permit. Groups already are reserving the venue for events. The American Heart Association, for example, is holding its annual Heart Ball there this weekend.

According to Welliver, the entire Main Street Station building, with about 100,000-square feet in the shed alone, is large enough to accommodate groups of up to 2,300 inside. Separate spaces, like the 47,000-square-foot, great hall in the second-floor shed, can be used for corporate events. 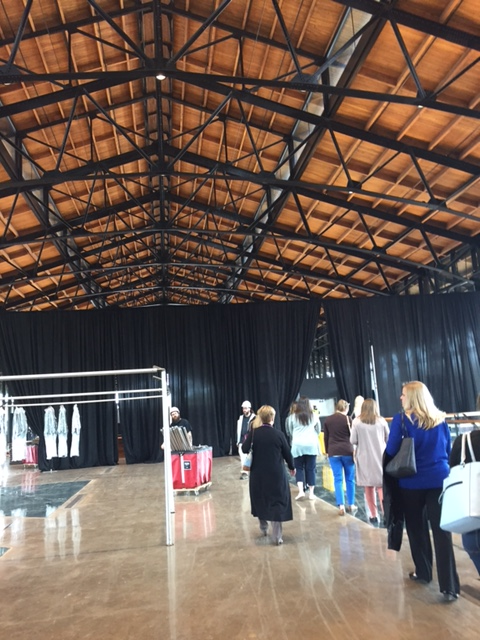 Richmond is counting on event venue to help defray the cost of operating and maintaining the building, with city subsidies of $1.7 million expected during the first year of operation. Welliver said the 2017-18 fiscal year includes some one-time costs such as the new security/command/ center.  In subsequent years, that figure should drop, she said.

Despite the potential to become a popular event venue, Welliver told the group, “There is a little bit of confusion … This is a multimodal operation center, period.”

Four Amtrak passenger trains stop at the station daily, she said, and the city hopes that one day a higher-speed passenger option between Washington, D.C., and Richmond —now being studied — will be available out of Main Street Station.

The parking lot across from the station already is equipped for electrical vehicle charging stations, and that effort may be expanded. Meanwhile on nearby Broad Street, construction is underway on a seven-mile rapid bus transit system that will connect Rocketts Landing on the Richmond’s eastern edge to The Shops at Willow Lawn just beyond the city limits in western Henrico County.

As visitors took in the building, Welliver urged them to “be easy on us. It’s been 26 years in the making.”

She was referring to renovation efforts that over the years have included the purchase and refurbishment of the station’s clock tower building — a well-known landmark visible from I-95.

Once a busy transportation hub, Main Street Station closed in 1975 after a decline in passenger rail service. The building reopened as a train station in 2003 after years of renovation, marking the return of passenger service to downtown Richmond.  Freight trains also pass through the Main Street station area.

In the mid-1980s, the station’s train shed was a factory outlet center that stayed open for a little more than two years.  After that, the building also housed state offices. The station’s new vision, explained Welliver, is to provide a gateway into Richmond for residents and visitors alike. “A lot of hard work, heart, soul, love and grants,” have gone into this project, she said. 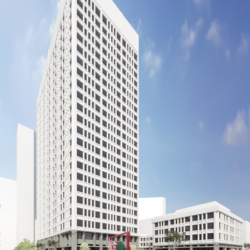 Renovation begins on Bank of America Center in Richmond