Organizers of the Dominion Riverrock concert in Richmond in May found they had more than crowds and weather to contend with after someone threw a bottle at reggae singer Frederick “Toots” Hibbert, injuring the 70-year-old performer. In June, Hibbert’s attorneys filed a lawsuit in Richmond Circuit Court asking for $1 million in compensatory damages and $20 million in punitive damages.

This type of incident is just one of the risks that companies must consider when getting commercial liability insurance for an event. “The safest way to protect yourself is to know exactly what it is that you are insuring and who will be coming,” says Chris Burns, CEO of USI Insurance Services in Norfolk. “Typically people don’t think it through.”

Companies hosting events need to think about issues ranging from security risks to vendors. “You need to know who the vendors are and if they are insured. A lot of problems we see come from uninsured vendors,” Burns says, adding that alcoholic beverages are served at many events. “The key focus from the client and agent standpoint is making sure we know who is taking the liquor liability piece.”

R.C. Moore, chairman of TB&R insurance in Richmond, works with a client that holds one of the largest events in Virginia. The organization’s main concern was security, a growing risk for large event organizers since the April bombing at the Boston Marathon. “They wanted to make sure they had adequate coverage,” Moore says, adding that the insurance industry doesn’t currently have a specific product for an occurrence such as the bombing in Boston.

Insurance companies typically use traditional liability coverage in combination with federally backed terrorism coverage for events that draw large crowds. “The [terrorism] coverage is triggered by the secretary of state,” Moore says. “That allows the insurance companies to be reimbursed for acts of terrorism. That, however, was not used in Boston.”

Coverage for events is just one of the topics trending in commercial insurance today. “The biggest overall trend is that the risks our clients are facing are much broader than they have been traditionally,” says Chris Schutt, managing director and Richmond office head for Marsh Inc., an international insurance brokerage and risk management company. “Companies have to identify their risks and establish risk management programs.”

One area of broader risk is cyber privacy liability, which poses a significant risk to all firms. The coverage protects a company’s reputation as well as any type of data breach.  “Many of the standard insurance policies were not designed to address these types of risks,” Schutt says. “Businesses should identify what type of cyber or privacy risks they have.”

This type of coverage is “one of the most important” coverages to have, says John Stanchina, president of Rutherfoord, a Marsh & McLennan Agency company with offices in Roanoke, Richmond, Alexandria and Hampton Roads. Over the last 10 years the coverage has improved. “The pricing has come down,” Stanchina says.

Other industry trends include coverage related to the weather and the economy. The slow economic recovery is generating more activity around the trade credit market. Many companies have to write off account receivables because they are having trouble collecting customer payments. “The trade credit market can insure against that credit risk,” Schutt says. “Accounts receivable are a key cash-flow component that can be protected in a simple and cost-effective manner with a well-designed trade credit program that helps protect against unexpected bad debts, helping to preserve cash flow and protect profitability.”

Regarding weather, the insurance industry is seeing more government involvement in handling claims after an event such as Superstorm Sandy, which devastated the New York and New Jersey coastline in October 2012. “The government is getting involved more and dictating how claims will be handled,” says Burns. “In New York and New Jersey the government had some stringent standards as to how carriers were to handle claims. We hadn’t seen that before.”

The damage from Sandy that occurred in Virginia is not being adjusted as quickly and efficiently as New York and New Jersey “because the government was dictating how some of the claims would be handled,” Burns says. “That is a huge challenge from the carrier perspective for the industry if government is going to dictate how deductibles will be administered.”

Insuring coastal property is always a challenge. In the past, insurance carriers have looked at how far a business is from the bay or the ocean. Now they are adding distances from major and small tributaries as well as rivers and fingers of rivers. “It’s getting elongated as to what is coastal property,” Burns says. “They are doing a remapping of flood zones in a lot of areas.”

Businesses involved in the marine industry also are dealing with the aftermath of the Costa Concordia cruise ship disaster in Italy. The Concordia was the largest marine loss of all time with claims exceeding $1 billion. Thirty-two people lost their lives in the disaster. Some lawsuits are still pending.

“That had an effect across all the carriers and reinsurance in the marine world,” says Burns. ”You will probably see additional rate increases in January that could cause a stiffening in the marine marketplace.”

Cargo is also becoming an issue for businesses that want to insure goods because of government sanctions on certain countries such as Iran. “The carrier won’t pay that claim based on sanctions,” Burns says. “You have to make sure you know where your containers are going.”
Because of these growing risks, Stanchina believes that more and more businesses are moving from the traditional insurance marketplace to captives, a form of self-insurance.

“This is less about year-to-year rate [changes] and more about control, flexibility and softening the curves,” Stanchina says. “In many cases a captive may not have the least expensive premium in a very soft market, but it will have the least expensive total cost of risk in most cases. It will eliminate the highs of a hard market. It takes some of the roller coaster effect out of the insurance marketplace.” 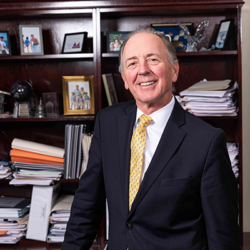