Some localities look to brands to boost tourism and economic development 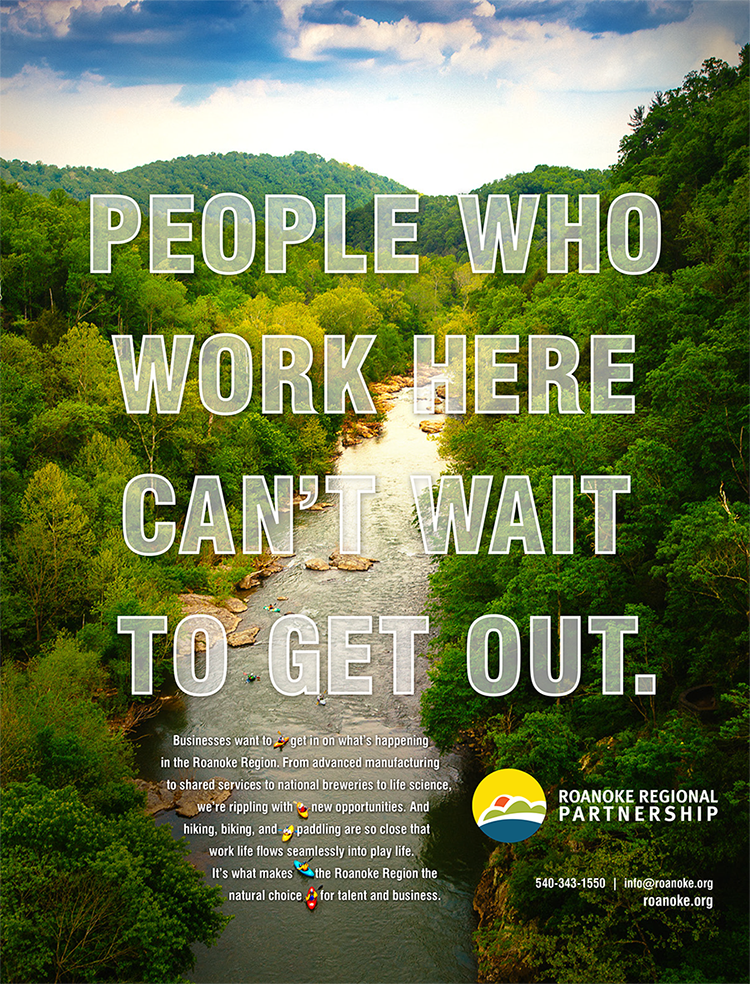 Want to stand out? Create a catchy brand. That’s what some localities are doing to attract talent and business.

The Roanoke region came up with Roanoke Outside while Greater Richmond goes by the moniker of RVA. Both brands are easy to remember, say branding experts, and hint at what the areas have to offer.

The idea behind Roanoke’s branding was to refocus the region’s economic development efforts from the image of an old railroad town into a mecca for outdoor recreation.

Back in 2008, when Roanoke began to change its efforts in business attraction, it seemed natural to look to the outdoors. “We have 1,000 acres of trails for hiking and biking, … the James River and Smith Mountain Lake, the Appalachian Trail, the Blue Ridge Parkway and 30 miles of paved urban greenway trails,” says Beth Doughty, executive director of the Roanoke Regional Partnership,

In 2009, the partnership hired a director of outdoor branding to focus on the campaign fulltime.  It also put up billboards and created a website, www.roanokeoutside.com that catalogs the region’s outdoor events. This includes brand-building events sponsored by the partnership such as The Blue Ridge Marathon as well as a monthly calendar of events. Visitors can check out things like Yoga for the People (some classes are held outside) and weekly bike-riding meet ups. The partnership also sends a weekly newsletter to about 9,000 people to keep them informed of upcoming events.

Doughty says Roanoke Outside has given the region a new narrative. In addition to small businesses popping up that cater to the outdoors, the region has attracted Backcountry.com, a retailer of outdoor gear, and two new craft breweries, Deschutes and Ballast Point.  Add to that many regional breweries and the beer scene has exploded, with festivals, live music and food trucks.  These days, insiders like Doughty jokingly say the area’s new tagline could be “bikes, beer and brains.”

The outdoor emphasis appears to be having an impact. In recent years, readers of Blue Ridge Outdoors magazine have voted Roanoke as a Top Outdoor Adventure Town.  The city also has been named one of USA Today’s 10 Best Bike Friendly Communities and one of Expedia’s Greenest Cities in the Nation.

The region picked up another accolade in July when The Penny Hoarder named Roanoke as one of “25 Cities that Millennials Can Afford and Actually Want to Live In. ” The Penny Hoarder, a money saving blog, said its list was based on an analysis of population, housing and local price data, economic statistics and something called “a coffee fanatic score.”

Doughty, who has a background in advertising, observes that a region can’t fake a brand. “You can’t fool people. The genuiness of this brand to the Roanoke region has enabled us to create ambassadors from the people … and it’s enabled us to get a lot of corporate support.”

For instance, Anthem Blue Cross and Blue Shield is the primary sponsor of Roanoke’s Go Outside festival, a free three-day event of outdoor activities, demonstrations and competitions.

The partnership’s key annual event, the Foot Levelers Blue Ridge Marathon, draws more than 1,800 runners from 46 states and has garnered Roanoke coverage on ESPN and Runners World.  In the seven years since it began, the marathon’s direct economic impact on the region has been about $3.7 million, according to the partnership. 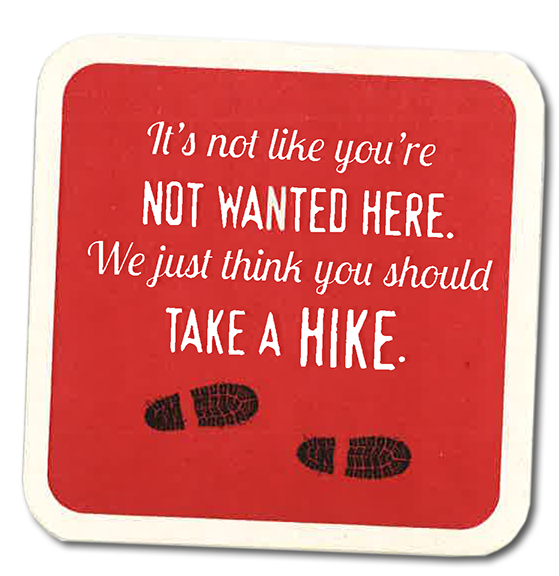 Asked about costs in creating the brand, Doughty estimates that the partnership has spent about $420,000 a year on Roanoke Outside since 2009. That amount includes salaries for two people, (the outdoor director and an events person), but not overhead expenses, such as rent for their offices.  That rent can run from about $300,000 a year — when the partnership first began its efforts — to $650,000 in 2017. Through grants and activities such as the Blue Ridge Marathon, Doughty says Roanoke Outside generates about 75 percent of its operating costs.

It also has created a nonprofit Roanoke Outside Foundation to help recruit corporate support.

“I think it’s a great case study in economic development,” Doughty says of Roanoke Outside. “You could do it with higher education, arts and culture. It’s a template that could be implemented with other assets.”

In Richmond, the RVA brand took off when a group of graduate students from VCU’s Brandcenter worked with some local advertising and public relation agencies to get the brand up and running as part of a class project in 2010.

Today, the city is festooned with RVA flags, and people sport bumper stickers, proclaiming they live in RVA.  “RVA was a terminology that was already in existence,” says Caley Cantrell, a professor of strategy at the brandcenter. So rather than create something new, the graduate students and people working pro bono from the local agencies came up with a logo and ran with it, she recalls.

While Richmond has long been known as  “river city,” because of its location on the fall line of the James River, the RVA brand covers more than just the presence of a river.  According to Cantrell and others, it’s more of a broad reference to the city’s resurgence, where entrepreneurs and restaurateurs are flourishing, and downtown is booming and drawing new residents and companies.

Today, local businesses sport RVA stickers to share their sense of solidarity, showing an emotional connection to the city they call home. And that connection is key to making a brand successful, says Cantrell.

“When I smell someone wearing Chanel No. 5, I think of my mom wearing pink,” she says.  That’s a powerful emotional connection, and that’s how brands work.