In July, Sanyal Biotechnology, which tests the effects of drugs on mice for pharmaceutical companies, moved its headquarters from Chesterfield County to Virginia Beach. The move was the result of a deal with Eastern Virginia Medical School, Tidewater Community College and the city of Virginia Beach.

“It made financial and practical sense to go down there,” says Sanyal Bio’s CEO Rebecca Caffrey, who served as entrepreneur-in-residence at VCU.

As part of the deal, Sanyal Bio is using EVMS’ lab and vivarium (a space for keeping animals involved in research) in Norfolk. The company now has its headquarters in a 1,500-square-foot space at the VABeachBio Accelerator on Tidewater Community College’s campus in Virginia Beach. The facility includes lab space that the company can use as it expands.

The Virginia Beach Development Authority provided a $25,000 Economic Development Investment Program grant, based on the company’s projections to add eight jobs in the area (it currently has a staff of seven).

Caffrey says Sanyal Bio was spending too much money on overhead costs in Chesterfield, where it had 8,000 square feet of space but was using only 3,000. Its initial plan was to build out the extra space for the company’s wet lab and vivarum. The company, however, wasn’t able to raise the funds needed for the expansion and was considering moving to a New Jersey facility before the EVMS arrangement was made.

“I don’t think that Virginians realize how little lab and vivarium space is available for biotech companies to locate in,” Caffrey says.

Pharmaceutical companies hire Sanyal Bio to study the effectiveness of medicines on its mice, which were developed by the company’s president and chief medical officer, Dr. Arun J. Sanyal. (Despite the company’s move, Sanyal will remain based in Richmond.)

The mice get sick in the same way people do after being fed a high-fat, high-sugar diet, Caffrey says. “They are really the only animal model that does this, and that’s why the pharmaceutical companies are so excited because they haven’t had a model like this to test their drugs on before.”

Most of Sanyal Bio’s customers are researching treatments for NASH (nonalcoholic steatohepatitis). That is a disease that resembles alcoholic liver disease but is found in people who drink little to no alcohol. There is no cure for NASH — a major cause for liver transplants — but the market to develop a drug to treat the disease is valued at $80 billion, Caffrey says.

Although Caffrey can’t provide the company’s revenue or number of clients, she says the average cost of a contract with a client is $150,000. The company has raised $550,000 of capital and is looking to raise $450,000 more.
“We anticipate growing fairly quickly and staffing up fairly quickly, so that we can meet the demand,” she says. 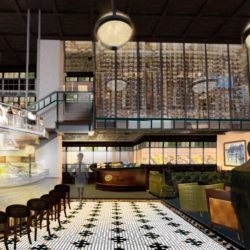 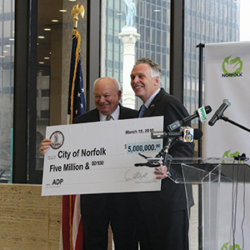 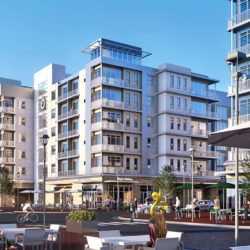