Well before their oldest child could walk or talk, David and Macy Allen began planning for her college education.

The couple, Henrico County residents who work in information technology, began saving when their daughter, now 10, was 6 months old. They met with a financial adviser to choose a college-savings plan. Today, they are saving for her 6-year-old brother’s education as well.

Despite the early start, the cost of college seems insurmountable.

The Allens are among millions of Americans saving for their children through the Virginia College Savings Plan, known as Virginia529. Named after the section authorizing them under the U.S. Internal Revenue Code, 529 plans are tax-advantaged savings programs used to finance the cost of higher education.

Virginia529 is the largest 529 program in the country, with 21 percent share of the national market. The program had assets of  $69.1 billion on March 31.

Virginia529 plans can provide big breaks for taxpayers. Virginians can receive a state income tax deduction on contributions to 529 accounts — up to $4,000 per account per year — and their earnings also grow free from federal taxes. Earnings, in fact, are never taxed if used for qualified higher-education expenses.

Despite Virginia529’s overall success, Virginia legislators are considering ways to make one of its plans, the prepaid plan, more affordable and flexible.

The affordability of college has become a national issue in recent years, as student debt has risen. In the 2016-17 academic year, for example, average student debt in Virginia was  $29,974, according to the State Council of Higher Education for Virginia (SCHEV).

Meanwhile, college costs show no indication of leveling off. Total charges — the average sum of tuition, all mandatory fees and room and board — will be $24,003 for the 2018-19 academic year, a 63 percent increase from 2008-09, SCHEV says in its most recent tuition report.

Virginia529’s prepaid plan, Prepaid529, is perhaps the most innovative in its portfolio, but it is also the smallest. The prepaid plan has only 63,858 accounts, a small number compared with Virginia529’s CollegeAmerica plan, which has 2.3 million accounts.

The idea behind Prepaid529 is that participants can purchase the cost of a future college education at today’s tuition levels. But as tuition has spiked, the cost of the prepaid plan has become too high for most parents.

For example, during the 2017-18 enrollment period, parents of a newborn could pay $70,600 to cover four years of college tuition and mandatory fees. If a parent pays monthly, fees are added. That means a parent would pay $545 a month until the child goes to college (a total of $118,265).

Because of rising contract costs, the number of Prepaid529 accounts declined 11 percent from fiscal year 2009 to fiscal year 2018, according to a recent oversight report by the Joint Legislative Audit & Review Commission (JLARC), the Virginia General Assembly’s oversight agency.

During the past decade, the cost of a Prepaid529 contract covering eight semesters at a four-year college or university rose from $44,060 in 2008-09 to $67,880 in 2017-18, primarily because of the rising tuition. As a result, consumers shifted to more affordable plans, JLARC says.

Tinkering with the ‘pricing reserve’
Possible changes to Prepaid529 have been outlined by JLARC, Virginia529 and by two Republican members of the Virginia House of Delegates.

JLARC raised the possibility of reducing the “pricing reserve” in Prepaid­529. The reserve is an amount paid above the Prepaid529 tuition contract as a hedge against a potential financial risk to the fund from events such as a dramatic stock market correction.

JLARC has made the case for reducing the pricing reserve from 10 percent to possibly 7 percent, but the agency didn’t make that change a recommendation.

Instead, it says Virginia529’s board should consider guidelines that would reduce the pricing reserve in conjunction with the Prepaid529’s funding status.

JLARC noted that Prepaid529 had funding representing 138 percent of its payment commitments as of June 30, 2017. That is the highest in the prepaid program’s 21-year history.

A larger cut in the pricing reserve is proposed in legislation introduced by Delegates Steven Landes of Augusta County and Tim Hugo of Fairfax County.

In a recent opinion piece in the Richmond Times-Dispatch, Landes proposed lowering the price reserve from 10 percent to 5 percent. That move, he says, would reduce the cost of an eight-semester prepaid contract by $3,000. 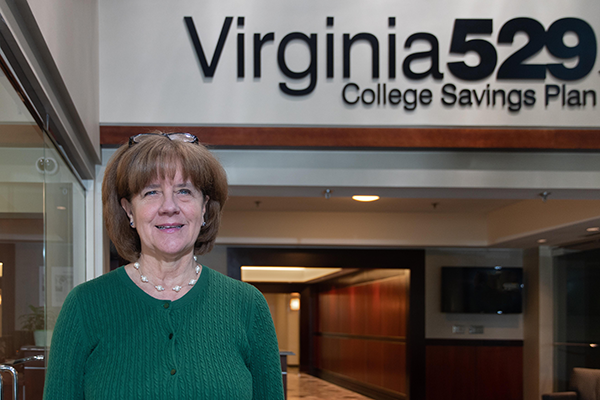 Reacting to suggestions that the prepaid fund balance may be higher than needed, Morris says, “In actuarial terms, if you’re funded 100 percent, it means you only have a 50-50 chance of meeting your long-term obligations.”

She adds that the Virginia529 board has a fiduciary responsibility to ensure the long-term solvency of the prepaid plan, recalling the stock market dropped 35 percent during the last recession.

By the time the 2019-20 enrollment period opens for Prepaid529, she believes the Virginia529 board will have a policy that says, “at a certain funding status, we’ll take a look at adjusting our pricing reserve.”

In response to concerns about the current model, Virginia529 also is proposing a payout plan for the Prepaid529 plan called WAT (Weighted Average Tuition).

Under the WAT program, the payout would be the same for all students, whether they attend in-state, out-of-state public or private institutions.

Students attending more expensive schools would have to make up the difference between the WAT payout and their actual cost of tuition and fees.

On the other hand, students attending less expensive schools might have money left over, which they could use for other expenses, such as books.

“What you give up is the certainty that we’ll cover tuition and fees at the most expensive state schools … but what you gain is you’re paid the same thing no matter where your child goes … to a private school or to a school out of state,” Morris says.

Legislation to enact the WAT model did not pass in the last General Assembly session. Some legislators expressed concern about a shift away from paying the full cost of tuition and fees at state institutions.

JLARC says the WAT model would have several advantages over the current model including the “potential for reduced contract pricing and more flexible payment terms.”

At the request of the General Assembly, JLARC is reviewing the WAT model to determine how it might affect payouts, contract costs, plan sustainability and other issues. JLARC  is to report on its findings at its November meeting.

CollegeAmerica plan
Virginia529’s most popular education savings plan is CollegeAmerica, which has $62 billion in assets. But there are only about 200,000 Virginia families among its 2.3 million account holders. Morris says CollegeAmerica always was positioned as a national program.

CollegeAmerica is the product of partnership between Virginia 529 and Capital Group, a private mutual fund company.

Private financial advisers sell the accounts, which are invested in various mutual funds through American Funds. Account holders work with advisers to determine how their money is invested.

Besides CollegeAmerica and its prepaid plans, Virginia529 also offers another fairly popular college-saving plan: Invest529, with more than 272,000 accounts.

Invest529 allows account holders to save at their own pace through options ranging from bank savings accounts to a portfolio of investments.

Proposed changes at Virginia529 reflect ongoing changes throughout the 529 industry.

For example, Morningstar has reported that the 529 industry has initiated changes to reduce expenses, as well as to improve the asset-allocation approach in aged-based portfolios “to smooth out the transition from stocks to bonds as the beneficiary ages.”

Virginia529 plans certainly aren’t the only way to save for college, but par­­­­­­­­­­­­­­­­­ents should start early and have a defined strategy, financial advisers say.