Over the past week, Virginia recorded its 7,000th COVID-19 death and passed its 1 millionth person vaccinated, while the number of new cases and fatalities continue to decline. At the same time, however, some of the state’s intensive care units are full, according to federal data collected at the beginning of the month.

In a snapshot from Jan. 29 to Feb. 4, Richmond’s Bon Secours St. Francis Medical Center’s ICU was 98% full, and VCU Medical Center was 99% full. Chesapeake General Hospital and Carilion Roanoke Memorial Hospital had no available beds, and Sentara Obici Hospital in Suffolk was at 107% occupancy.

The state as a whole has 77% of its ICU beds occupied, a percentage that decreases to 50% when including surge beds, according to the Virginia Hospital & Healthcare Association’s Feb. 15 update. According to a report by the Richmond Times-Dispatch, it’s not just that more people are sick with the virus, but hospitals are reducing the number of staffed ICU beds, including at VCU and Sentara Obici, due to staff shortages.

Causing further concern is the presence of two highly contagious variants of the virus from the United Kingdom and South Africa, which have shown up in Virginia; as of Sunday night, 11 U.K.-strain cases and two South African variant cases have been recorded in the state, the Centers for Disease Control and Prevention reported.

The overall rate of new COVID cases in the state has continued to flatten, falling below 10% for the first time in several weeks; as of Monday, the seven-day positivity rate was at 9.3%, and the number of new cases last week in Virginia was at 20,713. The number of virus-related deaths was at 196, a decrease by 150 fatalities compared to the previous week. Since last March, the state has reported 551,538 cases and 7,016 deaths.

On Tuesday, the state is set to launch a statewide pre-registration system for COVID vaccination, VDH announced Friday. Previously, local health districts set up registration forms — some of which did not notify residents that their information had gone through successfully. Dr. Danny Avula, the state’s vaccine coordinator, said the new online system will inform all registrants that their information has been entered, and existing waiting lists from health districts will be added to the state system. Registrants also will receive weekly notification that they are still on the waiting list, Avula said. The state also will provide a phone number for questions and registration, particularly for Virginians without reliable internet access.

As of Monday, 1.3 million vaccine doses have been administered statewide out of 1.7 million received; 1,029,351 people — 12.1% of the population — have received at least one dose, and 337,968 are fully vaccinated. As of Monday, the state remained ninth in the nation for its percentage of doses administered, according to data from the Center for Disease Control and Prevention analyzed by Becker’s Hospital Review.

Last week, 36 CVS locations across the state began administering shots to Virginians ages 65 and older, part of a federal program providing about 26,000 more doses per week to the state — bumping the number of doses to nearly 140,000 last week. Avula noted that the state was not able to import VDH waiting lists into CVS’ registration system, due to shortcomings with the pharmacy chain’s technology.

With race and ethnicity information available for only 64.7% of people who have received shots in the state, the majority of shots were received by white, non-Hispanic people — 71.5% as of Monday, according to VDH. Women have received about 64% of doses, and the number of recipients by age is spread broadly, with people age 70 to 79 as the top age group.

As of Feb. 11, the following health districts have positivity rates of 10% or higher:

Globally, there are 108.9 million reported COVID-19 cases and 2,402,969 confirmed deaths, as of Feb. 15. The United States, which has the most confirmed cases and deaths worldwide, has seen 27.6 million confirmed cases so far, with 485,414 deaths attributed to the coronavirus since February 2020. 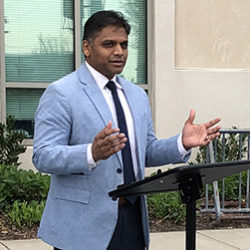 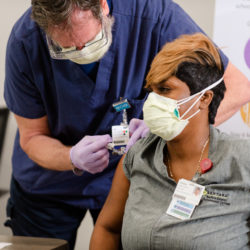