A $20 billion federal government contract was a turning point for FedBiz IT Solutions.

In May 2015, Leesburg-based FedBiz was among the companies winning part of the 10-year NASA Solutions for Enterprise-Wide Procurement (SEWP) V contract.

“The award went to multiple resellers,” says Don Tiaga, the company’s president. “We were one of the Historically Under-utilized Business Zones companies awarded the contract.”

As its part of the deal, FedBiz provides IT-related products and support services. All federal agencies and authorized contractors can order from the government-wide acquisition contract. “To date, we have done over $125 million in the three years we have had the contract,” says Tiaga. “We have received over 500 orders.”

Tiaga and his wife, Nina, both Air Force veterans, started the company in 2011. While Don has an extensive IT background, Nina is CEO and CFO of the business, drawing on her background in accounting, office management, consulting and sales with various nonprofits and small businesses.

The company began the bidding process for the NASA contract in 2013. Winning it two years later “changed our revenue immediately,” Don says. “We went from $1 million in the first half of 2015 to another $20 million by December.”

The NASA contract has been a blessing for Fedbiz, but Don says the company faced some early challenges in meeting its demands. “Initially, you have to buy systems to support the contract,” he says. “You have to get them in place and provide sales team training. We had to put all of this into place to support the contract and our customers. We look at these type of challenges as opportunities.”

Don’s IT involvement began during his military service. He worked with large Department of Defense (DOD) contracts and also led the Air Force Small Computer Technical team, which provided technical support for more than 500,000 DOD users.

After the leaving the military, Don spent more than 20 years helping Beltway companies with their technology needs. During that time, he managed several federal, state and local contracts valued at more than $50 billion.

Just before the Tiagas started FedBiz, Don was vice president of business development at FedStore Corp. “We were at a point in our careers that we were ready to branch out on our own,” he says of founding the company. “We initially started as a bids and proposal consulting team. We supported other small and large business resellers as well as manufacturers with their proposal efforts.”

FedBiz focused on consulting for three years before going after IT contracts. The company’s services now range from professional services and enterprise storage systems to data-center management and cloud/virtual solutions. The company also specializes in expert-level bids capture and proposal consulting services.

The company, which has 10 employees,  works with hundreds of manufacturers to fill requests from agencies ordering through the NASA contract. “As we win more contracts that require more employees, we will bring them on,” Don says.

When the NASA contract ends in April 2025, “they will create a new contract, and we have to bid all over again,” Don says, noting his company also will bid on other government contracts.

The dramatic revenue growth at FedBiz has attracted attention beyond the Fantastic 50. The company won a spot on the Washington Technology Fast 50 in 2016 and 2017. It also was ranked on the Inc. 5000 list of the fastest-growing private businesses in the U.S. from 2016 to 2018, leading all Virginia during the first two years. FedBiz also ranks as the seventh-largest veteran-owned company on the Inc. list.

“As a veteran-owned company, we are committed to giving back to the veteran community by supporting veteran-focused organizations through marketing, volunteering and making donations,” Don says. “Veterans have given so much to our country and continue to contribute to our community. FedBiz IT is committed to helping people in any way we can.” 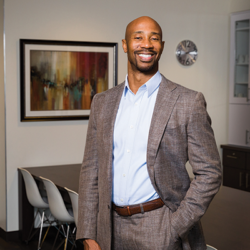 Company has been on a growth spurt since 2012 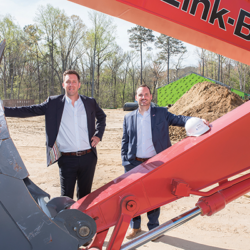