Prince William County is decades beyond the time when it was known as the home to acres of dairy farms that supplied milk to the Washington, D.C., area.

Today, Virginia’s second-most-populous county has acres of data centers and is home to innovative firms involved in life sciences and information technology.

The county is looking for a new economic development executive director to continue its high-tech growth. Jeff Kaczmarek retired at the end of last year after six years at the helm. During his tenure, the county attracted projects totaling more than $4.3 billion in private capital investment, which created more than 3,000 jobs.

The county hopes to have a successor in place this spring, says Chris Price, a Prince William deputy county executive who is serving as interim executive director of the economic development department. “We’re taking our time, focusing on what we want,” he says. “Jeff did a great job at upping our game.”

Five targeted areas
For the county’s next economic development director, expect “someone with a track record, with a pattern of achievement. It’s a bonus if the person has expertise in the industries we have targeted,” Price says.

Consultants hired by the county recently examined progress made in those industries and “validated four of the five,” Price says. With advanced manufacturing, the consulting group recommended that the county concentrate its efforts only in the areas where advanced-manufacturing intersects with life science and ICT.

“Advanced manufacturing covers a huge range. We want to focus on the places where the skill sets are transferable, where we have demonstrated advantage,” he says. “We want to make sure we’re getting the best bang for the buck.”

The target industry study, which was released in November, gave the county high marks for: its proximity to East Coast markets, including Washington, D.C.; its excellent access; talented workforce, particularly in ITC; and its quality of life. On the minus side, the study noted that the county has limited space available for development and a tight labor market with relatively high wages.

As a result of the study, Prince William is making one significant modification to its economic development plan, Price says. That’s a move from greenfield development to more redevelopment, especially in the eastern part of the county along the U.S. Route 1 corridor.

“Redevelopment is a little different animal than greenfield. So, the incentives are for the project itself, not just the company,” he says.

Data center projects
One of the places that new companies are setting up shop is Innovation Park, a 1,500-acre corporate research park. Its tenants include the FBI Northern Virginia Resident Agency and Virginia’s State Forensics Lab. Insurance technology firm BerkleyNet also has its headquarters there.

The two-decades-old research park is a part of the Data Center Opportunity Zone Overlay District. The district offers more than 10,000 acres designated to support data centers. County taxes on computers used for business purposes are $1.25 for every $100 of assessed value.

Prince William is in the heart of one of the densest concentrations of fiber networks in the world and has 34 data center projects amounting to $6.9 billion in capital investment.

The county hopes that the incentives it offers will entice businesses related to Amazon’s planned second headquarters in Arlington, Price says. “We’ve been actively engaged in making sure that we can make the region attractive for Amazon. We have the talent, land, infrastructure to support their supply-chain vendors and customers so we can grow and prosper.”

The next step for Innovation Park itself will be a mixed-use town center. “The town center is the critical placemaking component with office and flex space. The last piece of the puzzle is housing, retail and restaurants, amenities to make the campus everything it can be,” Price says.

Innovation Park already benefits from its longtime partnership with and proximity to George Mason University’s Science and Technology Campus, referred to as the SciTech Campus. “That dovetails nicely with our targeted industries,” Price says. The campus is home to the globally affiliated Virginia Serious Game Institute, which supports entrepreneurship in the simulation and game-design industry.

Two NOVA campuses
Price says the county also benefits from having two Northern Virginia Community College campuses — near SciTech in Manassas and in Woodbridge — with strong educational programs in fields that have been targeted by the county.

The Regional Center for Workforce Education and Training, on the Woodbridge campus, offers specialized continuing professional education in IT, cybersecurity, health care and program management. NOVA is a founding member of the National CyberWatch Center, a national consortium of colleges and universities focused on cybersecurity education.

The county’s first co-working space recently opened in Woodbridge, next to the NOVA campus. Price expects many of its tenants to be involved in  cybersecurity. “That’s the type of industry we want to invest in.”

Price is proud of the county’s emphasis on small business as well as large-scale development, noting that it recently launched the Small Business Project Management Program. “We did a soft launch; we’ve learned a lot. In only about three months we’ve had more than 80 clients,” he says. 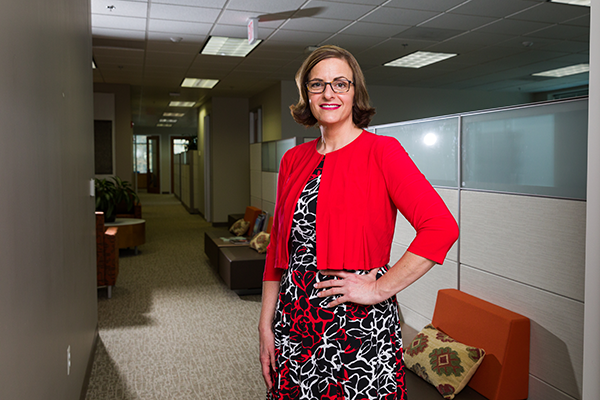 Tourism is not one of Prince William’s targeted industries but it generated $592 million in travel-related expenditures in 2017, according to a survey released last year. The county ranked ninth in total visitor expenditures in Virginia.

“People come out here for open space, for the quality of life. What sets us apart is so much public green space,” says Ann Marie Maher, director of the Prince William County Office of Tourism. She notes the county has the largest amount of public green space in the metro Washington area — 38 square miles, the equivalent of the area occupied by Paris.

Those open spaces include two national parks — the  Manassas National Battlefield Park and Prince William Forest Park — and the Potomac Heritage National Scenic Trail. Recreational opportunities range from water activities on the Potomac and Occoquan rivers in the east to hiking the Piedmont in the west.

The county also is the home to the National Museum of the Marine Corps, which opened in 2006 next to the U.S. Marine Corps Base at Quantico. The museum is completing a multiyear expansion.

The county is counting on agritourism to help preserve some of its rural character, Maher says. Its Steins, Vines, & Moonshine Trail features 20 wineries, distilleries and breweries.

One stop on the trail, 2 Silos Brewing Co., is part of Farm Brew LIVE, an 8-acre food and entertainment venue on the site of the historic Thomasson Barn.

A nearby historic site has been restored as a weddings and events space. Sweeney Barn began its history around 1939 as a one-story dairy barn with a hayloft.

Both of those markers of the county’s early 20th century rural roots are located in the Innovation Park area, giving visitors a perspective on how much the county has changed in recent years.