For Martinsville and Henry County, the development of a “mega” industrial park on the North Carolina line could bring much-needed jobs to the region. 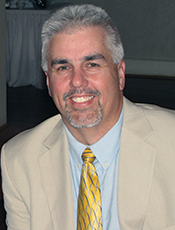 There’s just one problem. Area officials haven’t been able to get a grading permit to develop part of the 726-acre Commonwealth Crossing Business Centre. Not having a prepared site, however, makes recruiting a business prospect more difficult, says Henry County Administrator Tim Hall.

“Everybody knows our history with manufacturing leaving us, and we’re attempting to create job opportunities for our people, who deserve them,” Hall says. “We really think, and our research shows, that a site like Commonwealth Crossing, where it’s located and the companies that we’re hoping to recruit, that that site can be a game changer for a lot of people in Henry County and Martinsville.”

According to the Virginia Economic Development Partnership’s database, Henry County has lost more than 9,000 jobs and Martinsville has lost 4,250 since the mid-90s. 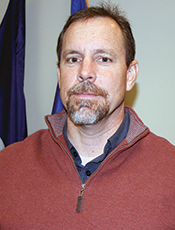 The U.S. Army Corps of Engineers’ (USACE) Norfolk district, which is in charge of approving the permit, says having a specified end user wasn’t necessarily the problem, the reason cited by economic development officials. “It’s more about knowing enough detail about what’s driving the site design in order to look at alternatives that would accomplish the project purpose, and we have that now,” says Tom Walker, chief of USACE’s Norfolk district regulatory branch.

A company hasn’t committed to coming to Commonwealth Crossing, but two businesses interested in the park allowed their names to be released to USACE, Hall says. Walker believes USACE is close to making a decision on the matter but was hesitant to give a timeline.

“We are waiting on information from the applicant,” Walker says. “We have indication that they pretty much have that information and are ready to submit it, but until we get it and we are able to evaluate it, we really can’t give a final answer.”

Meanwhile, the Commonsense Permitting for Job Creation Act has been introduced in Congress by Reps. Robert Hurt and Morgan Griffith and Sens. Tim Kaine and Mark Warner. The act amends the Clean Water Act to say that regulators can’t deny a permit because of the lack of an end-user, if all other permit requirements are met.

Mark Haviland, spokesman for USACE’s Norfolk district, says the organization’s purpose is not to reject permits. “We are not looking for reasons to say ‘no’;  what we’re looking at are reasons to balance necessary development with the impacts on the environment … That’s kind of our purpose and to stay absolutely within our authorities and to be consistent in how we evaluate permits.”

Hall also acknowledges that Henry County understands the importance of regulatory agencies in this process. “We’re fully cognizant of the importance of the Clean Water Act, and we have no intentions of ever wanting to hurt our natural resources. Parallel to that we want to provide job opportunities, so we’re working toward that end,” he says.