Verdicts in two recent lawsuits seem to indicate the way the wind is blowing in restricting the government’s power of eminent domain. So far, private property owners are emerging with the upper hand. In December, business owner Emily Sterling sued Henrico County over the price it paid for a small piece of property it took through condemnation for a road extension. She won a $236,750 award.

A few days later, Norva Plastics in Norfolk won a $3.75 million jury verdict in a suit against the Norfolk Redevelopment and Housing Authority, which has been trying to acquire the company’s headquarters site as part of a major redevelopment project next to Old Dominion University.

Both were helped by Virginia law, which was toughened in 2007 to make it more difficult for the government to take private property. Changes enacted by the General Assembly that year narrowed the definition of public use, and restricted government from taking more land than it needed for a public project.

On Election Day in November, Virginia voters gave property rights advocates another victory. A proposed constitutional amendment making it harder for the commonwealth to take private property for commercial uses passed easily, with 75 percent of the vote.

Still, the tougher restrictions are muddying the waters and raising questions about what the new amendment will mean, especially for public-private partnerships that produce a lot of commercial development.

The amendment took effect on Jan. 1.  In some ways, the amendment enforces what the 2007 laws already did. It permits private land to be taken only for narrowly defined public uses and says only the land needed for a project can be condemned. No more taking land if the primary purpose is commercial profit and tax revenue.

But the amendment adds a couple of new requirements, says Joshua Baker, an attorney with the Norfolk-based firm Waldo & Lyle, which represented the plaintiffs in both lawsuits. For one, the burden is now on the government to prove that the taking is for an approved public use. And second, “lost profits and lost access” must now be included in determining just compensation.

Putting the restrictions of the 2007 laws into the constitution is a good thing, Baker says, because without that status “they were only effective until a majority of the General Assembly decided they didn’t like it anymore.” Making governments prove that condemnation is for a public use and requiring that injured property owners be compensated is only fair, he argues. The tougher measures won’t drive up costs, except to the degree to which property owners were previously undercompensated, he says. “An owner still has to make their case to a jury. This isn’t just a blank check that you fill in.”

John R. Walk, chairman of the litigation section at the firm of Hirschler Fleischer in Richmond, doesn’t expect the amendment to cause much confusion in deciding what is a public use, because the General Assembly spelled out those key terms in legislation passed last April that was contingent on passage of the amendment.

The legislation passed in Virginia in 2007 was part of a nationwide response to the U.S. Supreme Court’s 2005 ruling in Kelo v. City of New London, in which a 5-4 ruling let the city condemn private property and transfer it to another private-sector owner in hopes of spurring economic development. Since that decision, 44 states have enacted tougher eminent domain laws, including Virginia.

Walk believes Virginia law was clear enough without the amendment. “The Virginia Supreme Court has had on its books for a long time that if the [taking] is for a road, and the public is going to be permitted to travel on it, that ends the discussion. That is a public use,” he says. By that measure, even big public-private transportation projects — which clearly seek a profit by the private-sector side — would be okay. “I don’t see this amendment as really altering the landscape of eminent domain,” Walk says.

Others, though, see plenty of complications. Michael Rodriguez, an urban planner who works in Washington, D.C., for the consulting firm Parsons Brinckerhoff, says the amendment greatly expands which businesses can seek compensation. “Now you have to compensate for limited access and future profits,” he says. “The courts are going to have to rule on how we figure out what lost profits are.”

Plus, the issue of lost access could be complicated. Say a highway expansion project requires the closing of a median and changes traffic patterns. “Now a business on the other side is claiming lost access and because of that, the government has to compensate them. This goes to the idea that the government did something that hurt me and I should be compensated,” he says. “It’s a slippery slope. Where does it end?”

Rodriguez also sees trouble for the public-private partnership model increasingly used in Virginia to get major transportation projects done, such as the 495 Express Lanes in Northern Virginia. The new lanes are clearly for public use, but the project itself is for-profit. “Without a profit motive you do not have the private in public-private partnerships,” he says. The wording of the amendment “at least opens the door” to legal challenges.

The amendment also may make trouble for project planners, who tend to want more land for a project in case they need it. Suppose the project ends up not using land seized through eminent domain? “I think over a few years there’s going to have to be some court cases defining this stuff,” he says.

Public-private partnerships, though, are primarily about the public uses, says Michael Garvin, an associate professor at Virginia Tech, who follows the agreements. “The exercise of eminent domain remains for a public purpose and is still most often executed by the state, not the private sector,” he says. Plus, the public retains ownership — oftentimes the private entity just manages the project on behalf of government. Still, Garvin says, he suspects that opponents of a public-private project might charge that eminent domain law is being abused in an effort to block the project.

One of the amendment’s biggest boosters was the Virginia Farm Bureau. Trey Davis, the group’s assistant director of governmental relations, says rural landowners need the protection. Their land often is targeted for new road projects because it’s generally cheaper. Being forced to accept a low price meant landowners were subsidizing the public project, he says. Davis says the meaning of the amendment’s key language was determined by the legislature. “Part of the reason we left it to the General Assembly to define ‘lost profits’ or ‘lost access’ was to make sure the scales weren’t tipped too far one way or the other,” he says.

One group that had opposed the amendment now says it doesn’t have a problem with the new requirements.  Initially, the Virginia Association of Counties expressed concern, because it thought terms referring to “lost access” and “lost profit” were undefined, says Dean Lynch, the group’s deputy executive director.  Although now satisfied with the legislature’s efforts to define those meanings, Lynch says, “those terms will, over the years, be continually redefined.” As for what it’s going to mean for the cost of projects, “We just don’t know,” he says. “I think local governments are kind of taking a [position that], ‘we’ll wait and see what this does, project by project.’”

Baker of the Waldo & Lyle firm says there’s too much handwringing over the new amendment. One hundred years ago Virginia legislators were debating this same portion of the constitution, and the complaints were the same — “that it’s going to clog the courts, it’s going to make projects too expensive,” he says. “Guess what — the sky didn’t fall.” If anything, the amendment should help the state’s business reputation, he says. “In Virginia, you can rely on it that we’re not going to screw you.”

The state of construction 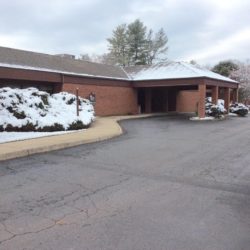