Exceptions in a buyer’s market

This year has been a buyer’s market for commercial insurance, with competition among insurers helping to keep most rates down. Nonetheless, two types of coverage — auto and cyber — saw rate increases in 2016, a pattern that may continue next year.

An increase in auto insurance rates stems from higher vehicle repair costs and the “continued litigious legal environment we live in,” he says. “Plus, there has been extremely low auto insurance pricing over the last 10 years, and this is sort of a rebound effect.”

Cyber coverage continues to be an emerging product in commercial insurance. This year “has been precedent setting in terms of claims” because of cyberattacks, says Eddie Smith, executive vice president in Roanoke for Rutherfoord, a Marsh & McLennan Agency LLC Company. “It’s been the year of cyber extortion where a hacker locks up your computer. In order to gain access, you have to wire funds.”

In a typical ransomware attack, a hacker encrypts a victim’s digital content and holds it hostage until a ransom is paid.  These attacks grew by 35 percent last year, according to Symantec’s Internet Security Threat Report.

Cyber rates rose in part because insurance companies are paying more in losses. “Most brokers expect a rate trend increase in 2017 because of higher losses,” says David Schaefer, president and CEO of AHT Insurance in Leesburg. 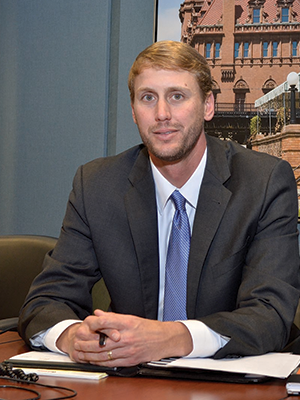 Even though cyber coverage is readily available — close to 70 carriers are offering cyber insurance — many businesses are not buying it. “Much of that is because people think, ‘It’s not going to happen to me,’ ” says Paul Fleming, senior vice president for Henrico County-based Bankers Insurance.

“It reminds me of 10 to 15 years ago and employment-practices coverage,” he says. “Very few people would purchase that. People thought it wasn’t going to happen to them. But now many more businesses are purchasing that coverage. We don’t know if we will go through that with cyber.”

Small businesses often underestimate their risk level. The National Cyber Security Alliance says 82 percent of small-business owners believe they are not likely targets for attacks. But last year 43 percent of all cyberattacks were aimed at small businesses.

Suffering a cyberattack can be crippling for a small business. Notification requirements for a cyber loss can be very confusing. “Forty-eight states have different laws and regulations about how you have to notify people,” Fleming says, noting the process can be especially problematic for a company doing business in several states. “If you are with the right cyber insurance company, they handle all of that for you.”

Business owners should purchase policies that “fit their businesses and their operations,” says Fleming. They also need to consider the information they collect, how it is stored and how it is protected. “If nothing else, you are safeguarding your employees’ information at a bare minimum.”

Cybersecurity is the “subject of the day, and it continues to be a new frontier,” says Smith. “The folks that are doing this [hacking] are very sophisticated. Some of their target industries are health care, retail and hospitality.”

Drone coverage
Another type of coverage that is gaining traction is drone insurance, including liability and property coverage for drone owners and coverage for commercial use.

“The insurance solutions available today are much better than last year at this time. There is a lot of development that has allowed the drone market to mature,” says Schaefer, noting that the biggest concern is liability coverage.

“There are a number of programs available for that exposure. There is more competition and more thoughtfulness, plus the rules are getting easier to understand.”

More companies today also are taking advantage of options such as captive insurance and other alternative-risk financing solutions. Both are structures for self-insurance, which is becoming more popular. “We think they will continue to be more prevalent and gain market share,” says Mauck.

In the past, captive insurance and alternative-risk financing plans were used mostly by large companies, but today many of these programs are available to small and midsize businesses. “That trend will continue,” says Mauck. “Both have the potential to save companies money. We will continue to see more captive and alternative options on the employee benefits side of insurance.” 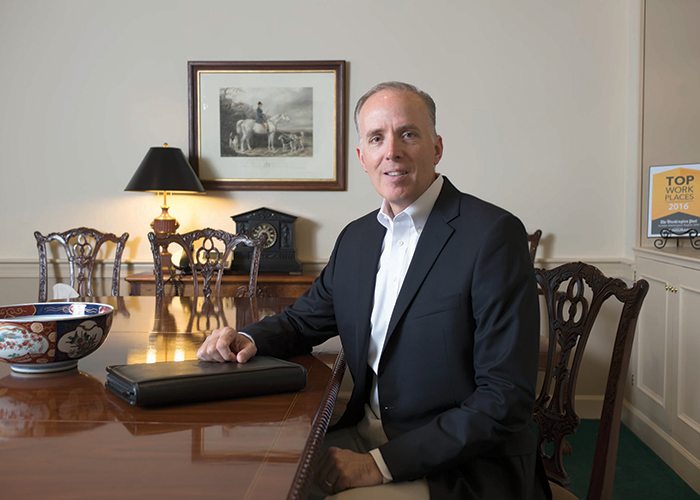 Looking ahead, industry professionals believe that the overall insurance market next year will be a continuation of 2016’s soft market. “It will be another good year for purchasers of property and casualty products,” says Smith. “We are expecting the market to continue to be a buyer’s market in 2017. There is ample capacity and good competition among carriers.”

In 2016, companies considered very-good risks saw their rates decrease, while average-risk companies experienced a slight increase in rates — an average of 2.2 percent. “That’s a continuing trend from 2015,” says Fleming.
Competition among insurance carriers continues to be intense. “Insurance companies rely on underwriting and investment returns,” says Schaefer. “Carriers are now under some pressure as it relates to their investment returns. Underwriters that don’t have the business are providing compelling options.”

The lack of major catastrophic events for the past two years in the U.S. has been a factor in this year’s soft market. Hurricane Matthew’s path of destruction along the Southeast coast didn’t occur until the fourth quarter. The hurricane did not affect rates this year, but next year may be a different story.