Fight against gerrymandering advances at Capitol

Two bills moving forward in the General Assembly, and two court cases challenging how political districts are drawn in Virginia, could chip away at gerrymandering in the commonwealth, according to redistricting reform proponents.

Gerrymandering, in which politicians redraw electoral districts to their favor, is under fire in legislatures across the country. The U.S. Supreme Court recently refused to stop a Pennsylvania state court from requiring lawmakers there to redraw districts it had declared were products of the practice.

In Virginia, the Senate has passed a redistricting bill, SB 106, introduced by Sen. David Suetterlein, R-19th. On Friday, a similar measure – HB 1598, sponsored by Del. Chris Jones, R-76th –cleared the House Privileges and Elections Committee 21-1 and will be considered next by the full House.

Both bills seek to provide standards for drawing districts, with attention to equal population, racial and ethnic fairness, and respect for existing political boundaries, borders, size and communities of interest. Jones said lawmakers must avoid the extreme configurations that have been used by political parties to gain an advantage in the past.

Under the group’s timeline, the amendment could receive required legislative approvals in 2019 and 2020, before being submitted to voters that fall. Districts could then be redrawn in 2021 with 2020 census data.

“The most important thing they (the bills) do is define some sort of good-government criterion, such as respect for local political boundaries,” Cannon said. “As a building year for us, this conversation is excellent. This is exactly where we want to be.”

But Cannon said the bills don’t go far enough. He said they “are missing explicit anti-gerrymandering language, though, and that’s a big miss.”

According to a poll by the Judy Ford Wason Center for Public Policy at Christopher Newport University, more than 60 percent of Virginians support amending the state constitution to put a nonpartisan commission in charge of drawing political lines.

Although legislation establishing test-run redistricting commissions has died this session, Cannon said there is still a chance for the governor to appoint an advisory commission with the same responsibility as result of two court cases:

● One, in the federal courts, centers on whether black voting strength was diluted when Republicans placed too many African American voters in certain districts. The U.S. Supreme Court last year ordered a lower court to re-examine the case. Cannon said he has been expecting a decision for weeks.

● The other case, pending in the state court system, focuses on whether some districts were drawn in a partisan way. In many cases, for example, a city or county is divided between one or more legislative districts.  The case will be heard by the Virginia Supreme Court in March.

Cannon said decisions in those cases could “put a wind under the sails” of the fight against gerrymandering by requiring  some districts to be redrawn.

Courts have historically been reluctant to strike down redistricting plans because of concerns over favoring a party in a political process. But recent decisions in Pennsylvania and North Carolina have been cause for optimism, Cannon said.

“I think the odds of real redistricting reform this time next year are pretty high,” Cannon said. “We’ll see what the governor does, we’ll see what the courts do, we’ll see how much further the House Republicans are willing to go—but the conversation is great.” 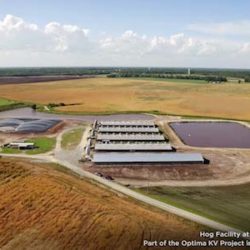