For the Record – Eastern Virginia, November 2013

Community Preservation and Development Corp. (CPDC), a nonprofit real estate developer in the mid-Atlantic region, announced a $20.7 million investment in the acquisition and renovation of Woodmere Trace, a 300-unit workforce housing community in Norfolk. This acquisition aligns with CPDC’s strategic plan to expand into Hampton Roads Richmond, and Baltimore. The company is based in Washington, D.C. (VirginiaBusiness.com)

Huntington Ingalls Industries will close its Gulfport, Miss., composites facility by May 2014, laying off as many as 315 of its 427 employees. The Newport News-based company said the shutdown is necessary because of a reduction in work for the Navy’s Zumwalt-class destroyers. At least 100 employees will transfer to the main Ingalls Shipbuilding yard in Pascagoula, Miss., said Huntington Ingalls spokeswoman Jerri Fuller Dickseski. She said that workers who are being laid off will be offered opportunities there. (The Virginian-Pilot)

International Paper Co. has sold its former paper-converting facility in Franklin to Severn Peanut Co. for $2.4 million. Severn plans to turn the facility into a peanut processing plant, its first location in Virginia. The 154,982-square-foot facility, at 32126 General Thomas Highway, is located on 40 acres just off Route 58.  (VirginiaBusiness.com)

Federal agents in late September raided the Toano headquarters of discount hardwood flooring retailer Lumber Lidquidators. Officials from the Immigration and Customs Enforcement’s Homeland Security Investigations unit, together with the U.S. Fish and Wildlife Service and the Justice Department, were looking for evidence the company had imported wood products from forests in far eastern Russian that are home to the endangered Siberian tiger, a person familiar with the matter said.  (The Wall Street Journal)

Norfolk has been ranked as one of the five best cities for entrepreneurs. Entrepreneur magazine lists the city as one of the selections of Shane Reiser, the co-founder of the Startup Genome. Reiser has been compiling a database of founders, investors and local business communities since 2011. He picked Norfolk and four other cities that he believes “have laid the foundation for small companies to find the investors and operational footing they need to grow big,” according to Entrepreneur. (VirginiaBusiness.com)

An Old Dominion University report predicts defense spending cuts will end up costing Hampton Roads about 4,000 jobs in 2013, The State of the Region report says the regional economy was expected to add 5,200 jobs this year, but only 1,200 will be created. (The Virginian-Pilot)

Virginia Beach-based petroleum marketer PAPCO Inc. has acquired the assets and supply contracts of 23 Shell-branded retail gas stations and one Exxon location in Southeastern Virginia from SMO Inc. Terms of the deal were not released. PAPCO began servicing the new sites on Aug. 30.  SMO, based in LaPlata, Md., is a subsidiary of The Wills Group Inc. While exiting the Southeast Virginia market, SMO says it will invest in other Virginia assets and continue its core retail marketing activities from Richmond to Wilmington, Del. (VirginiaBusiness.com)

Smithfield Foods Inc. completed its sale in late September to Shuanghui International Holdings Ltd., the largest shareholder of China’s biggest meat processor. The $34-per-share deal approved by shareholders is the largest takeover of a U.S. company by a Chinese firm, valued at about $7.1 billion including debt. The deal marks a new era for the world’s biggest pork producer and processor and will unlock growth opportunities in the Chinese market, Smithfield CEO Larry Pope said in a statement. (The Associated Press)

Norfolk-based shipping agency T. Parker Host Inc. has established an office in Rodadero, Colombia. The Colombian operation, Host Colombia SAS, received its final required license from authorities on Sept. 17. Host describes Colombia as a growth market.  The company, which focuses on coal and other dry bulk commodities, sees many opportunities for its vessel agency, cargo supervision and terminal operation divisions in Colombia. (VirginiaBusiness.com) 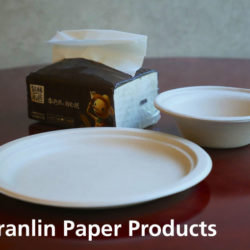