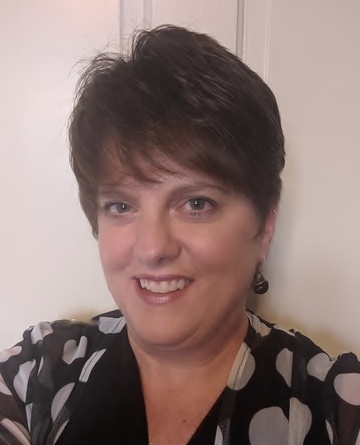 As the House and Senate of our great commonwealth begin/continue discussions around the new federal tax laws and the effect on Virginians, as well as tax conformity and tax reform in Virginia, please consider reading the whitepaper “Virginia Tax Conformity: 2018 and Beyond,” recently released by the Virginia Society of Certified Public Accountants (found in its entirety at vscpa.com/TaxConformityWhitepaper).

As a member of the VSCPA Tax Advisory Committee, I feel it is important for the commonwealth that the approach we have laid out be considered a roadmap for new legislation. But most importantly, we feel it is in the best interests of the commonwealth, individuals and business owners that the General Assembly act quickly in January to adopt full conformity with the federal tax laws.

We are proposing that any current deconforming provisions be reconsidered and be made fully conforming to the Internal Revenue Code. Full conformity just means that Virginians start with federal adjusted gross income (individuals) or federal taxable income (businesses) on their tax returns with no additions or subtractions resulting from deconforming items such as federal bonus depreciation, medical expenses or different treatment of net operating losses, to name a few. Conformity or deconformity does not affect Virginia’s standard deduction or exemption amounts.

While deconformity adds complexity, simplicity is our goal. Simplicity helps to ensure accuracy and compliance, and in the long-term, more revenues for the commonwealth.

Early conformity adoption in the first days of session will allow software vendors to act expeditiously with software changes (critical), taxpayers to complete filings quickly, and allow the commonwealth to begin collecting revenues in a timely manner. Otherwise, delays and uncertainty may result in extensions being filed and delays in revenue collection.

One other provision the General Assembly should consider is to allow the Virginia Department of Taxation to waive penalties for 2018 underpayments of tax by Virginia’s taxpayers. Uncertainty surrounding the federal tax law changes — the IRS is just now issuing guidelines and regulations — as well as uncertainty surrounding Virginia’s response to these changes, has made it difficult for taxpayers to plan accordingly and possibly miss targets for withholdings and quarterly payments. We believe that penalty waivers are an equitable approach to these sweeping changes.

Lastly, we ask the senators and delegates to not let projected increases or decreases in tax revenue delay the process. Instead, we are asking them to set aside any additional revenues for this first year of change and make decisions later regarding spending or earmarking those funds. We also are asking that no legislation around tax policy changes or comprehensive tax reform be enacted with an effective date prior to Jan. 1, 2019. The focus in the early days of their session should be on the primary issues — full conformity, quick adoption and penalty waivers.

I hope that you will take the time to review this whitepaper and consider the many issues that we have raised and recommendations made. As citizens of this great commonwealth, I urge you to continue this conversation with your senators and delegates as they begin to ponder on all the various proposals before them.  They will have much work to do in January and February, but it is important that this be considered the top priority.

Sarah Adams, CPA, is president & CEO of Adams & Co., PC., in Lebanon, and is a member of the Virginia Society of Certified Public Accountants and can be reached at [email protected]