When tech entrepreneur Pete Snyder and his wife, Burson, returned home to Charlottesville from taking their 5-year-old daughter to Walt Disney World this spring, they came home to a business community struggling after COVID-19 pandemic shutdowns.

“Our view is we’re at war right now,” Snyder says. “It has two fronts: One is a health and wellness war … but then there’s an economic front of the war that’s absolutely savaging Main Street and small businesses.”

Despite record-breaking gifts to universities and nonprofit organizations in 2019 and early 2020 — including a $68 million gift to the Darden School of Business and $50 million gifts to Virginia Tech and George Mason University — philanthropic giving in Virginia this year has quickly pivoted from traditional donations to gifts that are responding to recent national crises.

Beginning in March, donors organized fund drives and other efforts to help businesses, organizations and individuals impacted by the economic fallout from the coronavirus pandemic. Then in June, major corporate donors made significant gifts to support social justice initiatives in a show of support for nationwide protests against racial injustice, which were sparked by the May 25 police killing of George Floyd in Minneapolis.

A disease that knows no bounds

Tackling the economic crisis caused by the pandemic, the Snyders came up with an idea to send forgivable $3,000 “lifelines” to small businesses across the state. They gathered input from local businesses and the philanthropic community on how the private sector could provide relief faster than the Small Business Administration’s Paycheck Protection Program (PPP), which was taking nearly a month to fulfill loan requests and saw its first round of funding quickly run out in the face of overwhelming need.

Seeded with $100,000 from the Snyders, the Virginia 30 Day Fund was born to fill the gap in cash flow small businesses were experiencing in the month while they waited for PPP funds. The Snyders’ gift was quickly matched by another family who wished to remain anonymous, and as of mid-May the fund had raised nearly $1 million. Donations — both large and small — have come from individuals, foundations and companies to be disbursed to businesses across the state. In early June, The Harvest Foundation in Martinsville donated $1 million to the Virginia 30 Day Fund to launch a targeted relief fund for small businesses in Martinsville and Henry County.

On the fund’s debut day, April 6, more than 120 applications flooded in. Receiving more than 1,000 applications since its inception, the Virginia 30 Day Fund had granted funding to 340 small businesses as of early June.

Unlike the PPP loans, Snyder promises applicants an answer within three business days. The application review process is powered by a mix of 50 alums from the University of Virginia Darden School of Business and William & Mary’s Raymond A. Mason School of Business.

“Like the disease, the economic disease that has hit our Main Street knows no bounds,” Snyder says of the variety of applications he’s seen. “It’s the nail salon, it’s the charter boat fisherman, … the technology marketing company … [and] the packaging company.”

The CEO of angel investor firm Disruptor Capital, Snyder is a well-known figure in the state GOP and is said to be mulling a bid for the 2021 Republican nomination for governor. (He told The Washington Post the fund has no connection to his political aspirations.) He is also the founder and former CEO of New Media Strategies, an Arlington-based social media communications firm that was later acquired by Ohio-based Meredith Corp.

Perhaps the most unique aspect of his Virginia 30 Day Fund is its request to “pay it forward.” Even though the loans are forgivable, applicants are asked to repay their loans, if they’re able, once they’re back on their feet so that those funds in turn can be redirected to other small businesses in need.

“I am a fairly stoic guy,” Snyder says. “My wife, Burson, has seen me cry maybe like four or five times prior to this. … Now I cry like two or three times a week. And it’s because when I make these acceptance calls for the applicants, 60% of the time the applicant is crying over $3,000. I mean it’s that bad.”

Until small businesses have their footing again, Snyder plans to keep the fund going.

Foundations and large corporations have also stepped in to help essential workers, nonprofits and families during the pandemic. In late March, The Community Foundation in Richmond partnered with the Emergency Management Alliance of Central Virginia and PlanRVA to create a $3 million Central Virginia COVID-19 Response Fund to support Richmond-area nonprofits responding to the pandemic. The fund prioritizes safety net clinics, food access providers, child and adult care organizations, and housing providers for the homeless.

“We are fortunate to see the extraordinary generosity of our community at work every day,” says Sherrie Armstrong, president and CEO of The Community Foundation, “but we are especially proud of the quick and coordinated response of our cross-sector partners at a time of unprecedented need and uncertainty.”

“In this time of need, our emergency funds are designed to complement the work of public health officials … [and] ease the burdens our community is facing,” Christy Connolly, president and CEO of The PATH Foundation, said when the funding was announced in mid-April.

Also aiding essential workers, Delta Dental of Virginia in late May donated $3 million among 4,500 member dentists in Virginia to purchase personal protective equipment (PPE), which has been in high demand due to the pandemic.

Many businesses and nonprofits, including Virginia Beach-based Operation Smile, have provided free meals to frontline medical workers and other essential workers to show their appreciation.

With more people telecommuting and schools and universities moving classes online, Truist Financial Corp. (which has more than 400 locations in Virginia), donated $9 million to provide laptops and LTE networks in Virginia homes.

And as Black Lives Matter protests spread across all 50 states, Altria and Dominion also announced in early June that they had each committed $5 million in donations to funding nonprofits fighting racial injustice, as well as helping minority-owned and small businesses impacted by protests. Goochland County-based CarMax also announced plans to donate
$1 million to the efforts in 2020.

“At Dominion Energy, we have a saying that  ‘Actions speak louder,’” says Dominion President, Chairman and CEO Thomas F. Farrell II. “We share the anger of our communities at the unjustified deaths of Breonna Taylor, Ahmaud Arbery and George Floyd. Our communities are grieving. Words can evoke empathy, compassion and understanding, but actions truly speak louder, so we are investing in recovery and reconciliation, and in the vital work of overcoming years of debilitating actions, attitudes and abuses of authority that have traumatized our country.”

Other major gifts made this year centered on medical research to battle the coronavirus pandemic directly.

In May, Charlottesville-area businessman and investor Paul Manning established The Manning Fund for COVID-19 Research to support the University of Virginia’s efforts to develop coronavirus-
related research projects. His $1 million gift will help U.Va. researchers develop testing improvements, therapies and vaccines, as well as strategies for reopening communities safely.

“U.Va. researchers are already working on some of the most important issues of our day,” Manning says. “I hope this fund promotes bold, innovative research applications with a frontline impact that can help mitigate the virus and its broader effects on our world.”

Projects funded by The Manning Fund must be acted upon quickly and have commercialization potential. These can include new medical devices, COVID-19 treatments, diagnostics products, consumer testing kits, biomarkers or ideas for vaccines, says Melur K. “Ram” Ramasubramanian, U.Va.’s vice president for research. Most of the projects will be leveraging and building on existing technologies and treatments, he added.

The fund made its initial awards in June, selecting eight projects from more than 50 proposals. The projects, which will each receive up to $100,000 in grant funding, range from efforts to improve antibody testing to employing big data and analytics in early detection of cardiorespiratory problems in COVID-19 patients.

“We are confident that we can deliver on what we promised because we know the grassroots energy is there,” Ramasubramanian says. “A great university makes amazing discoveries [that] eventually have an impact on society. But the good part comes when you focus on the community around you.” 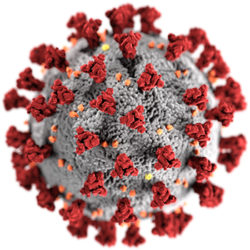 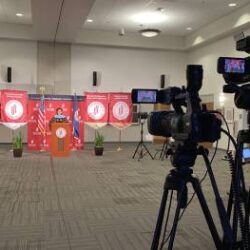 Economic crisis may catch up to construction industry in 2021