Altec’s fifth expansion is ‘an endorsement of the business climate’

When a trendy new company comes to town, there’s often a lot of hoopla and ballyhoo. Think of the announcements that Deschutes Brewery was coming to Roanoke and Ballast Point Brewing Co. was setting up shop in Botetourt County.

The celebration of existing businesses’ expansions can be more muted, but the impact of those expansions can be even more important. “This is true not just among Virginia, but really nationwide,” says Stephen Moret, president and CEO of the Virginia Economic Development Partnership. “Most job growth, at least among larger firms, comes from existing firms. It’s not new companies coming into a state.”

Existing businesses create more than 70 percent of Virginia’s new jobs, according to Todd Haymore, Virginia’s former secretary of commerce and trade. When established companies invest in expansions, Moret says, they not only create more jobs, they deepen their commitment to stay and maintain those jobs.

That’s one reason Altec’s announcement in October to expand its Botetourt manufacturing plant by 65,000 square feet was such a big deal. Altec is a major provider of products and services to the electric utility, telecommunications, tree-care, lights-and-signs, and contractor markets.

“It’s an endorsement of your business environment,” Beth Doughty, executive director of the Roanoke Regional Partnership, says of any existing business’s expansion. “To me, what the Altec story is … a business that was recruited here and their ability to continue to grow here. That’s an endorsement of the business climate, the market advantages. That’s the story on Altec.”

Doughty’s words echo what Altec plant manager John Herrig said in a statement when the expansion was announced. “We are able to grow in Virginia and in Botetourt County because this is a pro-business environment with the logistics and infrastructure to help Altec succeed,” he said.

Altec’s Botetourt plant engineers, manufactures and assembles telescopic boom truck cranes, large transmission derricks and 55-foot aerial devices. This is the fifth expansion at the plant since it opened in 2001. Altec announced it would invest $30.2 million and add 180 jobs. Moret says the expansion will generate more than 290 jobs outside the plant in Botetourt and the surrounding region.

Moret agrees. “This, to me, is just a great example of the benefits that come from attracting a company and then making sure that the community really supports them and meets all their needs as they grow.”

“The Board of Supervisors and Botetourt County staff are committed to supporting our existing businesses and helping them grow and prosper here,” Todd Dodson, then vice chairman of the Botetourt County Board of Supervisors, said in a statement when the expansion was announced. Dodson said that Altec’s expansion “reaffirms that Botetourt Center at Greenfield is an excellent location for high-value, advanced manufacturing.”

Doughty says Altec’s expansion demonstrates that the region’s strengths — a strong labor force, market access and a low cost of doing business — align with what Altec and other manufacturers need to flourish. “Their profile is similar to the profile of the Roanoke region’s advantages,” she says. The availability of a well-trained, dependable labor force seems particularly important to Altec, she says. “Their employment continues to grow, and that’s the fuel to continue their growth.”

Founded in 1929, privately held Altec is based in Birmingham, Ala. It delivers goods and services in more 100 countries.

An Altec AN67 Aerial Device — people outside the industry would call it a bucket truck — was parked at the front entrance of the White House last July. Products from each of the 50 states were on display to mark the beginning of “Made in America Week.” Altec was Alabama’s representative at the event, but the company has long established itself as an important part of the Roanoke region’s economy.

“This has become a great success story for Botetourt,” Moret says. “It is, in fact, one of Virginia’s most important employers.” 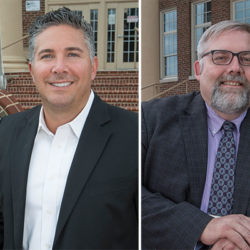 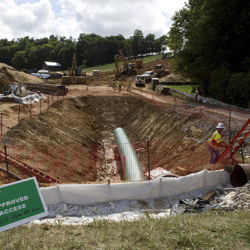