As the economy has been on the rise, so have hotels in many parts of Virginia.

During the past 12 months, Virginia’s hotel industry has seen more than a billion dollars invested in hotel construction and renovation — everywhere from Richmond to Bristol.

“The bulk of that is new construction,” says Eric Terry, president of the Virginia Restaurant, Lodging & Travel Association. But it also includes renovations of aging properties that required sprucing up to attract a new generation of travelers.

Much of the industry’s growth is “due to [the] fact that we were pretty stagnant,” Terry says. “When I got back to Virginia in 2014, there was almost no new construction. The pace has accelerated as the market has gotten stronger.”

In this improved economy, he says, REITs (real estate investment trusts) “are very active” in hotel construction, “and so is more traditional financing.”

Distributing dividends on a quarterly basis, REITs are uncorrelated to stocks and bonds, and help investors diversify their portfolios. About 87 million Americans invest in REITs, according to the National Association of Real Estate Investment Trusts.

But “quite a bit of capital is available [from] traditional real estate financing” as well, Terry says. “Even smaller banks are doing some of that, especially in Virginia Beach.”

But the economic benefits are “devoured by escalating construction costs,” he says, and modest increases in occupancy and room rates aren’t offsetting those higher expenses.

“I don’t foresee any decrease on construction pricing or additional room demand anytime in the near future. So my company is taking a ‘wait and see’ approach and looking for opportunities to acquire existing hospitality assets to reposition them at values less than replacement costs,” Thompson says.

Steven Parrish, senior vice president of Aikens Group, based in Winchester, has another worry.

“Financing is easier today than it has been in the past 10 years. The economy is doing well. Banks tend to lend. Now people are able to go out and get money,” Parrish acknowledges. His concern is that the building boom is leading to oversupply. And what goes up must come down. “It goes in cycles.”

Nonetheless, hotels are popping up across the state, including in areas that traditionally have been underserved. Here are some of the latest projects.

Family-owned Shamin Hotels, the largest hotel ownership group in Virginia, has seen a robust demand for hotel space recently, especially in its own backyard south of Richmond.

The Chester-based company, which owns, operates and develops hotels in six states, is building a 200–room, full-service hotel and a 10,000-square-foot conference center with retail and restaurants at Stonebridge in Chesterfield County.

The county has long had a need for meeting space that can accommodate events for the growing number of tourists visiting the county, says Shamin CEO Neil Amin. “That’s why we are excited to work with them on it.”

The company also plans to develop a Hampton Inn and Home 2 Suites by Hilton in Chester. “It’s two hotels in one location,” Amin says. “That way it’s able to have a larger fitness center, and it improves services for guests.”

In downtown Richmond, Shamin has acquired an old office building that it plans to convert into a Moxy hotel, Marriott’s boutique brand. “It’s more of a lifestyle brand,” says Amin. “We’re talking to a brewery to come to the hotel.”

The commonwealth “is a very stable market” for hotels, “which we like,” Amin adds. “We are long-term holders. We’re looking at the next 10 to 20 years. With 60 hotels, we’re renovating about 10 a year, improving the technology as well as the décor.”

Also in the region, Richmond-based Apple Hospitality REIT Inc., which has 235 hotels in 34 states, announced in October that it had purchased the 31-year-old Berkeley Hotel in the city’s Shockoe Slip area for approximately $7 million. The publicly traded REIT plans to turn the building into a 55-room boutique hotel. The hotel is about four blocks from Apple Hospitality’s headquarters.

The company also is making a multimillion-dollar investment in the Richmond Marriott hotel in downtown Richmond, its first major renovation since 2009.

Consistent reinvestment “has always been an important part of our ownership strategy,” says Justin G. Knight, president and CEO of Apple Hospitality. “We are generally able to fund our projects through operations, using our strong balance sheet to manage cash flow throughout the year.”

Richmond has been considering the redevelopment of a 10-block area of city-owned land known as Navy Hill around the site of the now-shuttered Richmond Coliseum. A 527-room Hyatt Regency hotel has been included in the proposal, but Connie Brewer, market director of sales, marketing and revenue management for Richmond Marriott Downtown, isn’t worried about the potential competition.

“The city needs more rooms because there are not enough hotel rooms for the number of people the convention center can accommodate,” she says. “As a city, we are losing opportunities for those larger pieces of business,” without an adequate number of hotel rooms.

Management hospitality group Gold Key|PHR currently has more than $200 million in lodging under active development and construction. More than half of that is attributable to the $125 million Marriott Virginia Beach Oceanfront, the second phase of a project that has included renovation of the city’s historic Cavalier Hotel and Beach Club.

“However, we’ve also had to put three projects we initiated at the first of the year on hold until either construction pricing becomes more competitive or the market either grows in occupancy or average daily room rates to accommodate these increased costs,” Gold Key’s Thompson says.

Shamin also has projects in the area. It’s renovating the Renaissance Hotel on the Portsmouth waterfront and converting the Hampton Marina Hotel into a Tapestry Collection hotel, an upscale Hilton brand.

In Norfolk, Clancy & Theys Construction Co. Inc., based in Raleigh, North Carolina, is turning the historic Royster building into a 117-room boutique hotel for its owner, Suburban Capital.

While the state’s hospitality market generally has been exploding, Northern Virginia has seen a decline in hotel construction in recent years after the Base Realignment and Closure Act reduced the Department of Defense’s presence in the region. But Amazon’s  planned second headquarters in Arlington’s Crystal City neighborhood is sparking talk of hotel construction and redevelopment, Terry says.

Already Park Hotels & Resorts is considering redevelopment of its DoubleTree by Hilton in Crystal City.

In the ever-growing Tysons area, Lodgeworks Partners LP, owner, operator and developer of the Archer Hotel collection, is planning a 178-room hotel near the Silver Line’s McLean station. Farther down the Silver Line, next to the Wiehle-Reston East station, a 250-room hotel is being developed by Marriott International and Comstock Partners.

Four hotels also are being built by various companies in the Shenandoah Valley, according to Parrish of Aikins Group. The company currently owns two hotels in Winchester and two in Front Royal.

Parrish has seen rapid growth in the area before. Between 2006 and 2008, just before the recession, four or five hotels opened in the area, he says. “It was oversupplied. Nothing was built between then and now. It took that long for the market to absorb it.”

Now, though, “the numbers are pretty good,” and it makes sense to build, he says. But he’s concerned that it’s too much of a growth spurt for the valley region. “They should have added a hotel — one or two, but not four. The times are good right now, but four is probably a couple too many.”

Elsewhere in the state

Developers are finding creative ways to build hotels in smaller communities, too. Places such as Farmville and St. Paul “are really being helped with tax credits and grants available through the state,” Terry says.

These historic tax credits “have been in existence for quite a while, but they weren’t quite as viable,” Terry says. “You can’t do a whole project on tax credits. You’ve got to have traditional financing as well. The time is right for that.”

South Boston worked with Creative Boutique Hotels, a Virginia-based partnership between Williamsburg’s Cornerstone Hospitality and Henrico County-based developer Hal Craddock, focused on the developing boutique hotels in small markets and on the repurposing of historic buildings.

Creative Boutique Hotels also had a hand in turning three historic buildings in Bristol into the brick-and-beam boutique Sessions Hotel, expected to open in late January or February. To emphasize the city’s heritage as country music’s birthplace, Americana singer and songwriter Jim Lauderdale is working with the developers to program concerts at the hotel’s indoor and outdoor stages and host his radio show on-site, says Kimberly Christner, president and CEO of Cornerstone Hospitality.

“It is the place for music,” she says. “We’re just going to continue to perpetuate that with our music program.” 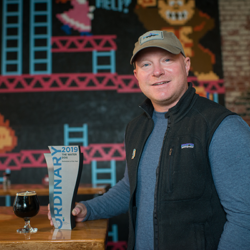