Two years after becoming chief financial officer for Virginia Beach City Public Schools, Farrell Hanzaker had to face one of the biggest challenges of his career: helping the commonwealth’s third-largest school division stay afloat during the Great Recession. From 2008 to 2011, the school system lost $91 million in funding. Hanzaker was a guiding force in navigating those tumultuous times.

“He helped us get through that period,” says Deputy Superintendent Sheila Magula. “We made cuts strategically, but it didn’t result in people losing their jobs.”

Hanzaker initiated efforts to reduce spending while eliminating any program that was inefficient. “We were able to implement cost-saving programs regarding the energy we use,” he says. “That has saved hundreds of thousands of dollars.”

Cost-saving strategies begun by Hanzaker have saved the school system more than $40 million since their implementation.

The CFO also worked with city staff and Virginia Beach City Council members to develop a new revenue-sharing formula. It replaced the 17-year-old model that was heavily based on real estate tax revenue. “He diversified the revenue streams,” says Dan Edwards, chairman of the Virginia Beach City School Board. “Real estate is still a factor, but so are other elements such as hotel and meal taxes. He worked to achieve a more sustainable, less volatile revenue formula.”

During the sometimes-contentious process, Hanzaker was able to help build a more collaborative relationship between the school system and city government. Magula credits his negotiating strength to his past experience. “He has that business perspective,” she says.

A native of Kannapolis, N.C., Hanzaker worked in banking and health care after a decorated career as a Marine Corps aviator. He had worked for a number of school systems since 1979 before taking the Virginia Beach job in 2006.

Hanzaker enjoys the work because of its diversity. “I do something different every day,” he says. “I get the chance to get out in schools and visit classrooms. For me to sit in the office and do nothing but numbers … would be horrible.”

Hanzaker has helped the school system earn awards and recognition from a variety of organizations, including the Government Finance Officers Association and the Association of School Business Officials. “We look for ways to improve what we do on an ongoing basis,” he says.

His work philosophy: “Do the job until you get it done. I believe you have to hold people accountable,” he says.

Magula describes Hanzaker as “quietly competent and a good listener.” He listens to all requests and tries to find a way to make them work if he believes they are feasible. If not, “he will challenge you to think deeper,” Magula says. “He is not a ‘yes’ person. Everyone on the leadership team enjoys working with him.” 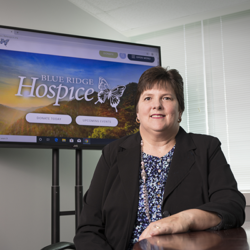