Skilled construction workers are in such high demand that contractors occasionally have to contend with other companies poaching their talent — even on their own construction sites.

“We hear of folks driving up near the edge of our projects and handing out business cards and things like that,” says Terry Keffer, senior vice president with The Branch Group, a Roanoke-based construction firm.

Amid increased demand for logistics centers, office buildings and manufacturing spaces, the construction industry is booming in the commonwealth and across the country. But companies are having a difficult time finding enough skilled workers to handle the work.

Now industry leaders and associations are seeking strategies for stretching their existing labor pool while attracting a new generation of young adults to supplement their ranks.

Seventy percent of construction firms are having difficulty finding enough hourly skilled trade workers, according to a survey conducted last year by Autodesk and the Arlington-based Associated General Contractors of America (AGC).

“We could hire several plumbers now if we could find them in a couple of locations. And the same goes with electricians and welders, pipefitters, those types of folks,” Keffer says. “It’s just that you don’t see as many folks getting into this line of work, and it’s really a shame.”

Aging workforce
The problem began with the 2008 economic downturn. As construction projects were canceled or put on hold, more than 2 million construction workers were laid off nationwide.

“We assumed they would be available to come back to work when the industry picked back up,” says Brian Turmail, an AGC spokesman. But instead, he says, some workers switched careers; some were absorbed into the energy sector; and a significant number chose to retire.

The present-day workforce is aging, and the industry is having a hard time attracting young adults to enter the business. 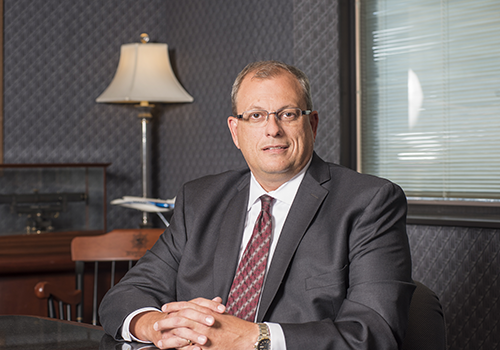 “The biggest hurdle we face in the industry is really getting the younger generations interested in this industry [as a career], rather than it just being a fallback,” says Ron Lauster Jr., president of Newport News-based W.M. Jordan Co.

This situation is a result of many parents and schools encouraging students to pursue careers requiring a four-year degree, an emphasis that has created a stigma for construction and labor jobs, industry leaders say.

“We have such a push towards college instead of the trades that there’s an entire generation now that doesn’t think construction is a great way to make a living when the exact opposite is true,” says Jeff Boehm, president of Howard Shockey & Sons Inc. in Winchester.

Keen competition
With Virginia’s unemployment rate this summer reaching its lowest point since 2007, the construction industry has found itself competing for entry-level workers with employers ranging from retail outlets to fast-food restaurants, Keffer and others say.

“It’s hard work. Sometimes it’s hot, and sometimes it’s cold,” Keffer says. “But it’s a very noble profession, and it’s something that, at the end of the day, you can see where you’ve been, what you’ve done.”

It isn’t unusual now for Virginia construction firms to bring in subcontractors from other states, with some workers coming from as far away as Florida or even Texas, says Brian Revere, president of The Breeden Co. in Virginia Beach.

Larger construction companies hire subcontracting companies to provide their laborers. And because of this, Breeden is constantly on the lookout for new subcontracting partners. Breeden also must plan projects farther in advance with subcontractors to ensure enough skilled workers will be available.

“We’re now in a cycle where the construction business is strong. There are a lot of projects coming out, and it seems like they all start at the same time, so you’ve got to be wise about the projects you take on and the timing of them,” Revere says.

Rising wages
The competitive market for skilled craftspeople also means that wages have risen, driving construction costs up as much as 6 to 8 percent on some jobs, Revere says. Another construction industry professional in Southwest Virginia says labor prices there have escalated by about 15 percent from 2016 to 2018.

Combined with cost increases from Trump Administration tariffs on steel and aluminum, the rise in wages has caused significant increases in overall project costs, but it hasn’t yet cut into the overwhelming demand for new construction projects, says Turmail of AGC. 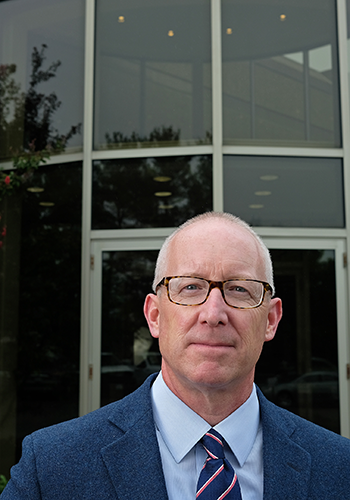 “There’s a lot of work to go around. We’re blessed with a good, solid backlog,” Boehm says, but “there’s also a lot of uncertainty in the market, between the tariffs and some inflationary cycles that we see, the cost of labor and so forth. There is [a] worry that at some point those factors can combine to the point that … projects don’t get built. But certainly right now we’re seeing plenty of projects out there and maybe some delays to starts, but not cancellations.”

Courtney Baker was hired last year as the workforce development manager for the AGC of Virginia. Her association has teamed with the Associated Builders and Contractors on its Building Virginia Partnership initiative to promote construction careers to middle and high school students. “We’re getting more involved with our local schools,” she says, “partnering with our career and technical education centers, going in and talking to students in our local high schools … and just sharing with them some of the different career pathways in the construction industry.”

Additionally, Turmail says, AGC advocates for comprehensive immigration reform. In recent years the Trump Administration has been “quietly ratcheting down the number of legal immigrants allowed in the country and taking steps to end the temporary protected status programs for construction workers who were here legally from places like El Salvador, which especially in the D.C. area and a couple other markets in the country, represents a particularly significant segment of the construction workforce,” he says.

While AGC understands the need for secure borders, the construction industry also requires legal immigrants to staff jobs until a domestic pipeline for workers can be rebuilt, Turmail says. And, he adds, “In an environment where most firms can’t find workers, taking a significant percentage of the workforce out of the picture will make construction more expensive and will delay schedules.”

Companies are making their own efforts to address the labor shortage. The Branch Group has hired a compensation specialist to ensure the company is competitive with market-rate salaries and benefits.

Branch now conducts “stay interviews” with existing employees to boost retention and ensure workers are happy. And the company hired a new corporate recruiter who is focused on entry-level hiring and promoting construction career opportunities to teens and young adults, as well as recruiting them into apprentice programs. The recruiter already has begun outreach efforts with local public schools.

In addition to learning a valuable trade, skilled construction trades workers can earn higher wages and begin building up 401(k) savings earlier in life than many of their counterparts who attend college, all without accruing massive college loan debts, Keffer says. And some companies like Branch are even offering college tuition assistance programs to workers to sweeten the pot.

“You’ve got to convince folks that construction is a worthwhile pursuit,” Keffer says. “Parents, they want their children to go to college. I can’t blame them for that. But you know, they’ve been told that’s the only option they have. And it may not be.”