Ingredients for a nest egg

Not so long ago, people close to retirement were advised to follow a 60-40, stocks-to-bonds formula of investing for their golden years. Stocks, the theory went, would provide growth, while bonds would offer stability. Now that the yields on bonds are at near record lows, however, that strategy itself seems headed for retirement.

“Back in the day when you could invest in a bond and get 5 or 10 percent interest, the formula was valid,” says Peter Tuz, president and chief financial officer of Chase Investment Counsel Corp. in Charlottesville. “Now, when 10-year bonds may yield 2 percent, that is going by the wayside.”

According to a 2012 report by the U.S. Census Bureau, Americans are retiring earlier, at an average age of 62. They are living longer, too, with a typical retirement stretching 18 years. That means that the demand for equities in a retirement portfolio doesn’t diminish as much as it once did, Tuz says, and the upshot of that continued demand is that chancier investments have become a necessity.

For boomers and even generation X’ers, this unsettling reality makes retirement planning trickier and more crucial. How do they build — or, after suffering the effects of the stuttering economy of the past several years, rebuild — a nest egg that will last a lifetime? The following basics of retirement planning, say financial advisers, are a start.

Save more and lower expectations: Financial planners once promised average annual returns of 8 percent. No more. “In absolute terms, [returns] are likely to be below the levels of the ’80s and ’90s,” Remo says.
Many people older than 50, however, can boost their prospects for a solvent retirement by contributing as much as $5,500 extra to their 401(k)s and $1,000 to their traditional or Roth IRAs annually.

Minimize retirement expenses while you are still working: Buy that car before you retire, says Larry Rosenthal, president of Manassas-based Rosenthal Wealth Management Group. “One of the most overlooked expenses is the purchase of a car.”

Also consider refinancing your home, but think long and hard before tapping a 401(k) to do so. Rosenthal says that “the break-even point” on making up the penalty for early withdrawal from a 401(k) would be “way down the road,” and that to sell a house refinanced through a 401(k) early withdrawal after, say, five years probably would result in a loss.

Rosenthal also advises, if possible, to ditch long-term health-care policies that carry high premiums that may escalate after retirement in favor of policies that lock in rates.

Reduce fees: “Fee efficiency at front end of the process is critical in an environment of lower absolute returns,’ says Remo.

If you are using a financial planner, most experts recommend one who charges a flat amount for services rather than one who works on commission and makes money on every purchase or sale.
Also, be aware of the fees that can be associated with buying and selling investments such as real estate investment trusts (REITs), master limited partnerships (MLPs) and annuities.

“Wall Street is happy to offer a variety of alternative products to increase income, but they also increase risk and increase fees,” says Ric Edelman of Edelman Financial Services in Fairfax. 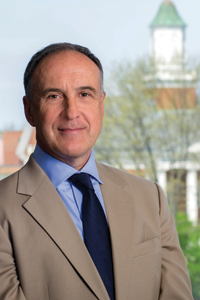 Don’t focus on yield alone: “Rarely is the highest yield the best investment,” Tuz says. Growth is as essential as yield, particularly when drawing off as little as 4 or 5 percent a year still devours capital.
“Profits come in two ways,” explains Edelman. “You need income plus appreciation in value to equal a total return.”

Build a diversified portfolio: Remo believes in “an aircraft carrier-type of portfolio — hard to turn and heavy with very stable businesses that can weather changing climes.”

Anne Shumadine, chairman of the Norfolk-based wealth management firm Signature, Financial Services, says she encourages her clients to carry a broad mix of assets, including bonds, private equity, natural resources, such as gas and oil, and hedge funds. “Invest for the long term,” she advises. “Stay the course.”

Edelman, who was rated the No. 1 financial adviser in Virginia for the past four years by Barrons, steers his clients toward risk-diluting mutual funds. A single fund might hold as many as 2,000 securities, which is like putting “12 eggs in 12 baskets,” he says. What’s more, a mutual fund “is a way to build a diversified portfolio that is fully liquid at little cost.”

Other popular investments, such as REITs and MLPs draw mixed reviews from financial advisers because of issues such as pricing, liquidity and fees, but no single investment elicits more conflicting opinions than annuities. Whether to buy an annuity seems to come down to an investor’s tolerance for risk.

With an annuity, which may be fixed or variable, a financial institution holds a principal sum from an investor for a designated period of years. Taxes are levied at withdrawal. After an initial interval, the annuity owner receives a stream of income that is paid out either for life or for a fixed length of time, such as 20 years.

“Annuities serve a purpose,” Rosenthal says. “They guarantee a floor on your income.” He believes it is wise to “put some eggs in that basket.”

“An annuity is the only investment in the world that can give guaranteed lifetime income,” agrees Philip Rousseaux, president of Everest Wealth Management in Towson, Md. Rousseaux encourages his clients to determine what minimum amount of income they need in retirement and then buy a fixed annuity that will provide 75 percent of that sum. “I am not a fan of variables,” he says, in part because they can include 3 to 5 percent annual fees.

But other financial advisers interviewed for this story are opposed to any kind of annuity. Some, including Tuz, Remo and Shumadine, don’t deal in them. Others, such as Edelman, say that too often the annuities come with high commissions and stiff penalties, adding that other investments have better returns and don’t lock up investors’ money.

Annuities are often sold via free-lunch seminars, too, Edelman says, adding that a lack of full disclosure is common. In many cases, “the stream of income is not as high and does not last as long [as advertised],” he warns.

Consider tax consequences: Rosenthal ranks tax allocation on a par with product allocation and asset allocation in its importance to building a sound investment portfolio. “Four different kinds of taxes can hit your money,” he notes, “so if you believe that taxes will be higher in the next 30 years” — and who doesn’t — “a Roth IRA might be a good investment.”

According to the Census, 80 percent of Americans ages 30 to 54 are worried that their retirement will be tarnished by money woes. The pessimism among older Americans is probably even higher, given that they have fewer working years left in which to recoup the losses they may have incurred during the recent economic slough.

That, however, just makes their need to prepare for retirement all the more urgent, advisers say, although no investment is without risk.