Kent Rollins is exactly the kind of alum William & Mary likes to bring back to campus to speak to students about how to succeed in today’s changing work environment.

The 23-year-old certainly has plenty of personal accomplishments to tout. While still a freshman, he co-founded a profitable company called Candid Campus, which paired prospective students with students at 60 colleges across Virginia and other states, before selling the company’s contracts in June 2019 in exchange for a percentage of future profits. After earning his master’s degree at 21, Rollins hired on as a business intelligence analyst for a gaming studio and performed so well that he received three raises in nine months before being hired away by his current employer, North Carolina-based Epic Games, the maker of the massively popular video game Fortnite.

Still, when he speaks to W&M students, Rollins doesn’t start with his successes. Instead, he shows a PowerPoint presentation of the many times he says he “fell on his face” presenting new ideas, embarrassed himself in front of other students or felt the sting of rejection.

And that’s the most important lesson Rollins says he learned from being a student in the supportive environment at W&M’s Alan B. Miller Entrepreneurship Center — not being afraid of failing.

“Failure is not the end of the world,” he explains to his audience. “It’s going to happen — in fact, it’s necessary. You just get back up, figure out what you did wrong and try it again, only this time you do it a little bit differently, a little bit better. If you can do that, you’re going to be successful.”

New president, new focus
Students who want to excel in the workforce of the coming decades, will need to learn to think and act like entrepreneurs — to take risks, fail, discover opportunities, adapt, solve problems and work independently and collaboratively — which is why W&M, under the new leadership of President Katherine A. Rowe, has started working to embed those basic entrepreneurial skills and mindsets across the entire undergraduate and graduate student population.

“Given the pace of change in every organization, in every sector of every industry, we all need to be asking, ‘How can we as workers come up with a better way to do something?’” Rowe asks. “It’s a question that entrepreneurs routinely ask themselves, but it’s going to become expected of every profession [and] every employee in the future.”

Prior to her academic career, Rowe was an entrepreneur who co-founded and served as CEO for Luminary Digital Media, which has combined Shakespearean texts with interactive apps so readers can better engage with and understand the Bard’s works.

But entrepreneurial thinking isn’t just for those who want to start their own business ventures. The demand for employees who can be flexible and innovative is going to skyrocket, she notes, pointing to a recent forecast by the California-based think tank Institute for the Future, which predicted that 85% of the jobs that will exist in 2030 haven’t been invented yet. 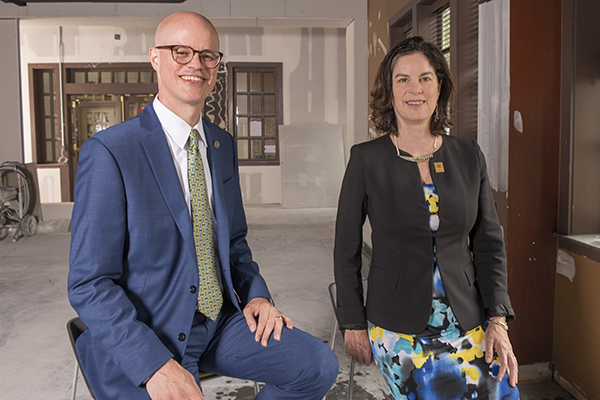 “If those estimates are even marginally correct, then the ability to adapt to changing technology, changing workplaces, changing practices, is going to be one of the most important success factors for any professional,” Rowe states. “So that’s what we want to be practicing here.”

W&M views its traditional liberal arts and sciences teaching methodologies as a foundation for developing the entrepreneurial mindset that students will need to compete in the future workforce.

“When people hear liberal arts, they may not immediately think entrepreneurship,” says Henry R. Broaddus, vice president of strategic initiatives and public affairs at W&M. “But in reality, it’s an educational model that excels at and fits perfectly with developing and preparing students for a future that’s really unknown.”

As part of Rowe’s vision, W&M also is launching new fields of study and adding new programming. W&M has started offering a new minor in interdisciplinary innovation and entrepreneurship, for example, and it will launch a new major in data analytics “because every single field, every industry, every profession is being transformed by access to new kinds of data and it will be essential to enabling innovation,” Rowe explains.

Forward to the basics
The heart of the entrepreneurial culture at W&M still will be the Miller Entrepreneurship Center, but it, too, is undergoing major changes.

In October, the Miller Center will branch out from its current site within the Mason School of Business to include a second central hub location at Tribe Square, a mixed-use retail and residential student housing complex near the heart of campus. There, it will share space with Launchpad, the Greater Williamsburg regional business incubator that will now be managed and staffed by W&M. 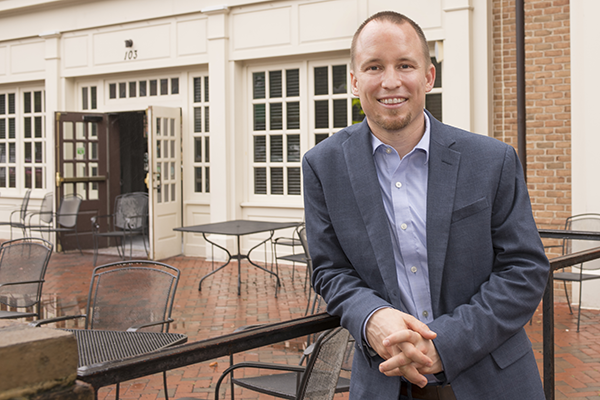 “This will significantly increase our reach and impact,” says Graham Henshaw, executive director of the Miller Center. “We’re intentionally designing the space to create collisions between entrepreneurs in the community and the students.”

Begun in 2010, the Miller Center initially worked to help train future business founders, and the students that participated were largely business majors.

However, when Henshaw, a former Richmond-based venture capitalist and business executive, took over in 2015, he enlarged the program’s scope to include fostering entrepreneurial skills and mindsets. And he began offering Miller Center programs to everyone on campus.

At present, the Miller Center has 350 members, approximately half of which are students majoring in nonbusiness fields, including neuroscience, art and international studies. Henshaw expects student participation to grow significantly as a result of the new location.

“We no longer measure success by the number of startups we’ve helped generate,” says Henshaw. “Instead, we’re looking to find a way to measure the line between that entrepreneurial thinking toolkit and how its presence impacts hiring decisions by companies and fosters rewarding careers for students, whether they go on to be a great product manager at an organization or an amazing teacher at a middle school.”

It’s certainly done that for Natalie Marcotullio, a W&M alum, who, although a marketing major, had never really been interested in entrepreneurship. After attending a Miller Center event at the start of her junior year, she realized that entrepreneurial thinking “was really about creativity and solving real problems, and that was something I could get on board with.”

Marcotullio was recently hired as technical marketing manager at Map My Customers, a startup company founded by W&M alum Matthew Sniff. The company creates geospatial-enabled software tools to help sales teams increase their lead generation, customer service and efficiency. Marcotullio’s time at the Miller Center prepared her well for a position that requires her to wear a lot of hats and adapt to constantly shifting challenges, she says.

“There’s no set formula in my work — no ‘just follow steps A to Z and you’ll get the right answer,’” says Marcotullio. “I don’t think I would have been OK with that reality if it wasn’t for my time at the Miller Center and learning how to be OK with trying new things and failing and figuring out how to do it better. So it’s been great for me.”

Creating customer value
For this reason, the startup concept remains front and center at the Miller Center, but it is simply a means to reach the important end of developing entrepreneurial thinkers. Henshaw adds, however, that “we are always more than happy to support any student venture that gets launched.”

The Miller Center hosts more than 100 programs, including “founder” talks by business owners and Entrepreneurship Week, an intensive program that coaches students on how to better develop ideas and pitches.

During the 2018-19 school year, the company held its first Ferguson Innovation Challenge, asking teams of students to chime in with a software solution that would help their plumbing and contractor clients run their businesses more efficiently.

Five teams, each made up of five students, pitched their ideas to a judging panel that included Ferguson Enterprises CEO Kevin Murphy and other executives.

“Their ideas were very creative, very well thought out, and their pitches were very crisp,” explains Blake Luse, director of Ferguson Ventures. “They came in with their ‘A’ game as if they were real startups pitching to a real group of potential investors.”

Four of those students were chosen for three-month internships at Ferguson Ventures.

The students, who came from diverse backgrounds and diverse majors, understood from the get-go that the process had to be focused on creating value for the customer, says Luse.

“Often, new workers want to focus on how to make money or creating a solution before they understand the problem,” Luse explains. “But the W&M students came in understanding that it’s all about the customer, so they were eager to talk to our customers and find out what they were struggling with in their business before they started putting new ideas down on paper. That’s the entrepreneurial approach, and these kids have it.”

This story has been corrected and updated from the version published in the October 2019 issue.