Gov. Bob McDonnnell’s victory lap in his last months of office has turned into a trudge.

Passage of a sweeping transportation funding bill in this year’s General Assembly session was supposed to be his legacy. Instead of succeeding Gerald Baliles as Virginia’s “transportation governor,” however, McDonnell is being called the “gifted governor” for all the wrong reasons.

A steady trickle of revelations about gifts to McDonnell’s family from the head of a dietary supplement company threatens to swamp his administration. Once a rising star in the Republican Party with a longshot chance at the 2016 presidential nomination, McDonnell’s political career is dead, many pundits believe.

But the damage might not be confined to McDonnell’s career. Businesses considering a move to a new state follow the news there closely. What sort of impression of Virginia are they getting from stories about McDonnell’s troubles in The Washington Post, The Wall Street Journal and The New York Times?

Jonnie Williams Sr., the CEO of Glen Allen-based Star Scientific Inc., has showered the first family with gifts and made a $70,000 loan to a family-owned corporation. However, a review by Anthony F. Troy, McDonnell’s state-appointed lawyer, found that Star has received no funds, grants or contracts from agencies under the governor’s administration.  While state law requires elected officials to disclose any gift of more than $50, gifts to their family members and loans to their corporate interests are exempt. A federal grand jury and state authorities are investigating the string of gifts to see if any laws were broken.

In early July, the Washington Post hit a nerve with the public, reporting Williams had provided a total of $130,000 to members of McDonnell’s family and a family-owned real estate company. That amount included the $70,000 loan in 2012 to MoBo Real Estate Partners, a company owned by McDonnell and one of his sisters. It handles the finances of two Virginia Beach rental properties. The homes, bought for a total of $2 million in 2005 and 2006, have declined in value in recent years while failing to attract a steady stream of renters, according to the newspaper. The loan was one of three made to MoBo since 2007, the Post said, with others coming from McDonnell family members and another family friend.

The same Post story reported that Williams in 2011 had given first lady Maureen McDonnell a $50,000 loan and provided $10,000 to daughter Jeanine in December 2012 to help pay for her wedding last May. Those amounts were added to a list of already reported family gifts that include a $15,000 shopping trip for the first lady in 2011 and a $6,500 Rolex watch the newspaper says was purchased the same year by Williams and given to the governor by the first lady.

In late July, McDonnell announced he had repaid the loans and planned to return gifts from Williams. He said his daughter, Jeanine, has returned her $10,000 gift.. The governor apologized for the “embarrassment” he had caused the state.

The saga began when the governor’s executive chef, Todd Schneider, was fired and later indicted for allegedly stealing food from the Executive Mansion to use in his catering business. The chef claims in court papers he was permitted to take food from the kitchen as compensation for unofficial services to the first family.

Schneider told the attorney general’s office and the Virginia State Police that Williams had paid $15,000 for catering at the wedding of McDonnell’s younger daughter, Cailin, in 2011. When that payment came to light, McDonnell said it was a wedding gift to his daughter and declined to reveal any further family gifts, citing the limits of Virginia disclosure law.

Schneider’s case will go to trial in mid-October, just three weeks before the gubernatorial election between former Democrat National Committee Chairman Terry McAuliffe and Republican Attorney General Ken Cuccinelli, who has his own ties to Williams. Since 2009, Williams has given the attorney general gifts worth $18,000, $5,000 of which Cuccinelli was tardy in disclosing. He also was slow to report his ownership of Star Scientific stock worth more than $10,000 at a time when the company was suing the state over a $700,000 tax assessment.  In an investigation requested by the attorney general, Richmond Commonwealth’s Attorney Michael Herring concluded that Cuccinelli had not broken any law.

While the potentially explosive court case proceeds, politicians who have operated under the state’s lax disclosure laws for years are racing to propose bills that would put new rules on gifts and close the family loophole. Pressure is growing for something to pass in the next legislative session.

That’s waiting too long, says Coby Dillard, vice chairman of the Norfolk Republican Party and a co-founder of the Hampton Roads Tea Party. In an op-ed column in the Virginian-Pilot, Dillard asked the governor to call a special session of the General Assembly before his term ends.

While a special session seems unlikely, Dillard has a point. The commonwealth needs to act quickly to prevent further damage to its reputation.

When McDonnell was rallying support for his transportation bill, he reminded legislators that Virginia had dropped from first to third in CNBC’s rankings of top states for business last year because of its deteriorating roads and bridges.

In July, while the Post was enumerating gifts to the first family, CNBC marked Virginia down again, to a tie for fifth, because of its soaring cost of doing business. Companies keeping a close eye on Virginia might incorrectly assume these costs include giving the governor’s family a $50,000 loan or a $6,500 watch and decide their prospects are better somewhere else. 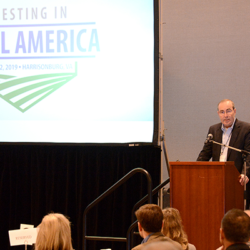 A tale of two economies