Legislature must do justice by the state’s court system

Here’s a thought: Can a company sue the Virginia General Assembly for negligence?

That might be the only way to force the legislature to get some things done. The problem with this strategy is the plaintiff may have to wait for years for relief. You see, because of legislative penny pinching, Virginia doesn’t have enough judges.

Since 2010, the General Assembly has been slow to fill vacancies in its judiciary. Judgeships had been filled as they became vacant. Now when a vacancy occurs, the position becomes unfunded until the legislature takes action.

The Virginia Bar Association (VBA) says that, as a result of this foot dragging, the number of funded judgeships across the commonwealth has fallen from 402 to 386. Last year, only 32 of 49 anticipated vacancies were funded.

The situation prompted the VBA and eight other statewide bar associations in late October to sign a resolution calling on the governor and the General Assembly to support funding judgeships and filling vacant positions.

“It is critical that we fund and fill all existing and anticipated judicial vacancies,” says Thomas R. Bagby, president of the VBA. “We must guarantee that Virginia’s judiciary remains among the very best in the nation.”

The judgeship situation, however, is actually worse than the bar associations describe. Two weeks after they issued their resolution, the Williamsburg-based National Center for State Courts (NCSC)released a study looking at the current workloads of Virginia judges.

The study, requested by the General Assembly, concludes that the “current judicial workload for circuit court, general district court and juvenile and domestic relations district court exceeds the capacity of the existing complement of judges … Additional judgeships are needed to enable Virginia’s trial court judiciary to manage and resolve court business effectively and without delay.”

The NCSC says Virginia needs 30 more judges, 13 in circuit courts and 17 in juvenile and domestic relations district courts. These positions would be in addition to the state’s authorized judgeships, including those that are currently unfilled.

“Many judges and court staff members cite current or anticipated judicial vacancies as the single greatest challenge facing their courts,” the study says. “Unfilled vacancies reduce a court’s capacity to handle cases and increase the workload of the remaining judges, potentially resulting in delays, backlogs and reduced judicial attention to individual cases.”

Some courts compensate for their heavy workloads by using retired or substitute judges, but these judges often are assigned only to hear a limited range of proceedings.
Chelyen Davis of the Free Lance-Star in Fredericksburg reports that establishing 30 new judgeships would cost the state about $9 million a year when the salaries of additional clerks and deputies are included. Circuit court judges are paid $158,134 a year while general district judges get $142,329.

That’s a price that the General Assembly likely will be unwilling to pay for speedy justice.

The bar associations note, however, that the court system generates far more revenue for the commonwealth than it consumes. In fiscal year 2012, the VBA says, Virginia courts collected about $661 million. The commonwealth spent only about $381 million in operating the entire court system that year, less than 1 percent of the state’s annual budget.

Some might think this is belly-aching by a bunch of lawyers. But there is an economic cost of gumming up the legal system. “Undue delay in our judicial system affects the ability of companies to transact business and the ability of individuals to plan for the future,” the VBA notes.

In fact, the reputation of its legal system can help or hurt a state in competing for business. At a Virginia Chamber of Commerce economic conference in 2012, former Mississippi Gov. Haley Barbour said one of the highest priorities of his administration was tort reform in a state notorious for “jackpot justice.” It was a key step in rebuilding Mississippi’s reputation as a good place to do business.

In Virginia, we regularly hear about state rankings in which the commonwealth does well, such as lists compiled by Forbes.com and CNBC. But there are other lists that compare state legal systems, warning business executives which ones they should avoid. Granted, these rankings are based on which states are the worst for being sued, but being known as a state of endless court delays could damage the commonwealth’s sterling reputation.

Forbes.com currently ranks Virginia as the best state for business, in part because of last year’s efforts to fix its long-neglected transportation system. Will an overloaded court system get the attention of legislators this year? 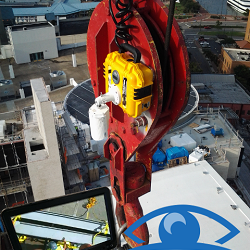