New events on tap for Virginia tourism in 2013

Virginia’s tourism industry finished on a strong note in 2012 with the debut of Steven Spielberg’s “Lincoln,” a movie primarily shot in Petersburg and Richmond that has scored big at the box office and won critical acclaim. But Virginia has more than history to offer in 2013, officials with the Virginia Tourism Corp.  said Wednesday during a media luncheon.

Already generating $395 million per year in terms of economic impact, officials said the industry’s new venues and activities should draw more visitors this year.
Coming up:

• The August opening of Shelia Johnson’s Salamander Resort & Spa near Middleburg. Set on 340 acres, the resort will offer 168 rooms, a 23,000-square-foot spa and an equestrian center. Owned by Johnson, the co-founder of Black Entertainment Television, the project is the only luxury resort scheduled to open in the U. S. in 2013.
• Center in the Square in Roanoke. The long awaited spring opening of the mountain city’s cultural hub ― following a $27 million renovation ―is being marketed as family-family.  Improvements include a green rooftop, new butterfly habitat and a 5,500-gallon living coral aquarium in the building’s atrium. Public admission price: Free.
• Plant Snoopy, King’s Dominion, Doswell.  Opening this spring is a 14-acre Peanuts-themed children’s area. Expect Charlie Brown, Lucy and the gang to come alive through new rides, a monorail and live shows.
• The Virginia Mountain Bike Trail. It spans the length of Virginia’s Allegheny and Blue Ridge Mountains, stretching 480 miles from Strasburg to Damascus. The single-track, off-road trail is composed of eight trail systems in the George Washington and Jefferson National Forests that have been looped together. Danielle Emerson, a public relations specialist for the Va. Department of Tourism, said a Website and events are being planned for the trail’s opening.

Tamra Talmadge-Anderson, director of the public relations, says the agency also expects strong interest in Virginia’s new craft beer brewers, culinary travel, wine destinations and oysters. The state has put together a travelogue type video promoting the state’s seven oyster regions. “Oysters take on the flavor of the region, much like wine takes on the flavor of the terroir where it’s grown,” Anderson said. Being able to tour an oyster farm and enjoy its bounty should be something that will appeal to families, the state’s primary targeted tourist.

The tourism’s website. www.Virginia.org was named the best website for travel the U. S. last year by the U.S. Travel Associations.  It received hits from 7 million unique visitors, an increase of 7 percent compared to 2011. “We monitor every month on what is getting the most clicks,” said Diane Bechamps, vice president of marketing.
“Everything we do is based on research,” she added.  There’s been an explosion of people using social media, with the agency ‘s Facebook site drawing 272,000 friends. “One of the main ways to reach a customer today is online and through YouTube and video,” Bechamps said. 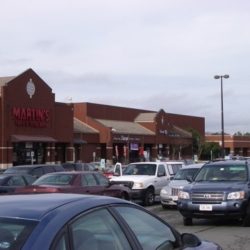 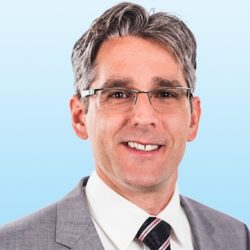