Before the academic semester begins, new cadets at Virginia Military Institute must endure Hell Week, a punishing 10-day rite of passage that introduces students to the military discipline, drill and physical fitness expectations required of them. For one Black freshman in 2018, it meant a white sophomore telling him he’d “lynch” his body and use his “dead corpse as a punching bag.”

The incident is one of many documented in an Oct. 17 Washington Post exposé alleging an atmosphere of “relentless racism at the nation’s oldest state-supported military college” in Lexington. In a Oct. 19 letter addressed to John W. Boland, president of the school’s board of visitors, Gov. Ralph Northam and top state legislators announced that they were “directing an independent, third-party review of VMI culture, policies, practices and equity in disciplinary procedures.” A “nonpartisan, national organization” will conduct the review and report findings before the end of 2020, to allow for “any necessary legislative action” by the General Assembly during its 2021 session, which begins in January.

Other incidents recounted in The Washington Post story include a white professor fondly reminiscing about her father’s membership in the Ku Klux Klan, a Black sophomore being denounced on an anonymous chat app for objecting to having Confederate Gen. Thomas “Stonewall” Jackson on their class ring, and the appearance of the school’s commandant of cadets in a 2017 Halloween photo of cadets dressed as President Donald Trump’s border wall with the words “No Cholos” – a slur against Mexicans.

Until recent years, freshmen were required to salute the Jackson statue on campus. In the case of the cadet threatened with lynching, The Washington Post reports that the white sophomore was suspended, but not expelled.

“This culture is unacceptable for any Virginia institution in the 21st century, especially one funded by taxpayers. Virginians expect all universities — and particularly public universities established by the General Assembly — to be welcoming and inclusive, and to eschew outdated traditions that glamorize a history rooted in rebellion against the United States,” the letter states.

“Black cadets at VMI have long faced repeated instances of racism on campus, including horrifying new revelations of threats about lynching, vicious attacks on social media, and even a professor who spoke fondly of her family’s history in the Ku Klux Klan — to say nothing of inconsistent application of the Institute’s Honor Code,” reads the letter from Northam and the legislators, which was co-signed by Lt. Gov. Justin Fairfax, Attorney General Mark Herring. “In addition, VMI cadets continue to be educated in a physical environment that honors the Confederacy and celebrates an inaccurate and dangerous ‘Lost Cause’ version of Virginia’s history. It is long past time to consign these relics to the dustbin of history.”

Northam, a VMI graduate, has focused on racial equity issues since a photo surfaced from his 1984 Eastern Virginia Medical School yearbook page showing a person in blackface next to a person in a Klan robe. After initially admitting he was in the picture, Northam later recanted, but said he had once dressed as Michael Jackson and applied shoe polish to his face for a dance contest. Herring also admitted to wearing blackface to a party in his past; Fairfax has contended with allegations of sexual assault. In September, Fairfax announced that he was running for governor in 2021. Herring is running for reelection as attorney general. All three are Democrats.

In response to the Northam letter, John W. Boland, president of VMI’s board of visitors, issued a letter of his own, stating that he welcomed “an objective, independent review of VMI’s culture and the Institute’s handling of allegations of racism and/or discrimination.”

The letter goes on to say that administrators have already begun a review of nearly 30 operational elements and that the “way forward was thoroughly reviewed and discussed at the September 2020 Board of Visitors meeting and was endorsed as a path toward ensuring an Institute free from racism and discrimination.” It also states that “systemic racism doesn’t exist here and a fair and independent review will find that to be true.”

“The incidents detailed in the Washington Post article, several of which are many years old, had more to do with an individual’s lapse of judgment than they do with the culture of the Institute,” the Boland letter reads. “Each one, as is the case with any allegation of racism or discrimination, was investigated thoroughly and appropriate action was meted out in a timely fashion. These incidents were perpetrated by few individuals and were in no way condoned by the Institute.”

Founded in 1839, VMI has been called “The West Point of the South,” and is the oldest state-supported military college in the country. Stonewall Jackson joined VMI’s faculty in 1851 as a professor of natural and experimental philosophy, a precursor to natural science.  During the Civil War, the Confederacy called on cadets to take part in military engagements, including the Battle of New Market, where 247 members of the VMI Corps of Cadets fought.

VMI was the last U.S. military college to admit women after the U.S. Supreme Court ruled in a 7-1 decision in June 1996 that it was unconstitutional for a school supported by public funds to exclude women. 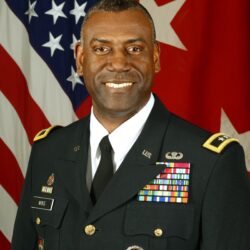 Cedric T. Wins has served as interim superintendent since November 2020