It’s a windy day in Virginia Beach, but the Atlantic Ocean sparkles in the midday sun. Huge container ships make their way toward the Norfolk-based Port of Virginia, hauling items that range from blue jeans to jelly beans. The sprawling port, which operates four terminals in Hampton Roads, is a major consumer of electricity, and Virginia’s coastal waters could be key to meeting future energy demands.

Roughly 23 nautical miles out to sea lies a coveted 113,000 acres. Nine companies, including Dominion Virginia Power, are bidding for a federal lease to develop these coastal waters into the first utility-scale offshore wind farm in the U.S.  It could be in operation within the next decade.

If developed as envisioned, experts say, this territory would help diversify Virginia’s fuel supplies and keep electricity rates low. Just as significantly, Hampton Roads would emerge as the main link in a U.S.-based supply chain for the offshore wind industry, including the building of Colossus-size wind turbines and the specially constructed ships needed to transport them.  That activity would bring thousands of new jobs.

“This will be a great opportunity for Virginia’s maritime community to help develop a new offshore wind industry in the U.S. Just as our port is a gateway to the Eastern seaboard, so, too, we’ll be a gateway to a whole new industry,” says Jeff Keever, the senior deputy director for external affairs at the Port of Virginia.

Many things still have to go right for that vision to take shape, but offshore wind is closer to reality in the U.S. than it’s ever been. Solar, hydropower, biomass and onshore wind are all in play as alternative sources here, but the high-velocity winds off Virginia’s coastline pack the biggest wallop and the most promise for boosting in-state generation of new electricity.

Virginia is one of only two sites along the Atlantic coastline to be selected by the federal government for the first-ever competitive lease sale for the possible commercial development of offshore wind.  (The other site is off the Massachusetts-Rhode Island coast.) 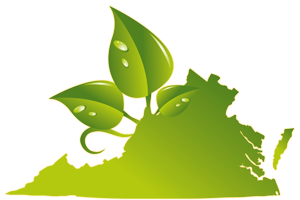 Virginia’s portion of the Outer Continental Shelf could produce up to 2,000 megawatts of wind-generated electricity. That’s enough wattage to power 700,000 homes, according to the federal Bureau of Ocean Energy Management (BOEM), which will auction the lease.  The agency expects the auction to occur later this year.

Besides Dominion Resources Inc., the parent company of Dominion Virginia Power, ten other companies have applied to lease 112,799 acres in federal Atlantic waters off Virginia Beach. The only other Virginia-based company vying for the lease is Apex Wind Energy of Charlottesville, a developer of onshore wind facilities in the U.S.

One company will win the right to lease and commercially develop the entire parcel as one block, federal officials say.  “This is going to be a marker in the history of offshore wind development. Virginia has great infrastructure in Norfolk to enable construction to take place in that area,” says Maureen Bornholdt, the manager of renewable energy programs for BOEM, which is based in Herndon.

Bornholdt declined to handicap which applicant has the early lead, but Dominion’s bid almost certainly was strengthened by a $4 million matching grant it received recently from the U.S. Department of Energy (DOE). The grant money will help a Dominion-led project team install a 12-megawatt demonstration facility aimed at reducing the cost-per-kilowatt hour of wind-generated electricity.

Dominion’s project is one of seven chosen by the DOE to engineer, design and test innovative offshore wind turbines. The agency says it plans to winnow the number of projects to three next year, with the remaining projects each receiving up to an additional $47 million in grants. Dominion’s team includes turbine maker Alstom Power Inc.; construction firm KBR Inc.; the Virginia Department of Mines, Minerals and Energy (DMME); the DOE’s National Renewable Energy Laboratory; Newport News Shipbuilding; and the Virginia Coastal Energy Research Consortium.

Dominion’s test will be the only one to occur in an area adjacent to a BOEM-designated “wind energy area,” which refers to offshore locations with a high capacity for commercial development.

“No one has any experience with how turbines will behave in the harsh environment of the Atlantic Ocean. Until we can get out there and get results, everything remains a projection,” says Guy Chapman, Dominion’s director of renewable energy research and program development.

Crucial to Dominion’s demo is a pair of 6-megawatt turbines by Alstom Power, an international manufacturer whose North American wind division is based in Richmond.  With a rotor diameter of 150 meters, the Alstom turbines feature some of the longest blades ever designed. “That means the turbines will be able to run even when the wind is not as powerful,” Chapman says.

The flurry of activity has longtime advocates of offshore wind cautiously optimistic. Dominion’s test project is of particular interest because it may prove that offshore wind can generate electricity at a cost comparable to traditional fuel sources, says George Hagerman, a Virginia Tech professor and director of research at the Virginia Coastal Energy Research Consortium, (VCERC), a nonprofit group composed of nine Virginia universities.

“The reason businesses are attracted to Virginia is because of our low-cost and stable energy prices. We can’t afford to install large amounts of new generation that cost more than the portfolio we already have,” Hagerman says.

Commercial development of offshore wind will have a major impact in Virginia, says Jerry Giles, managing director of business expansion at the Virginia Economic Development Partnership. An offshore commercial wind farm would generate between 9,500 and 9,700 new jobs during its first five years.  Even when short-term construction jobs are removed from the equation, Virginia still figures to gain about 7,200 permanent full-time jobs.

In addition, VEDP has identified about 200 Virginia companies, extending as far west as Bristol, which could be part of a wind energy-ready work force. “We have all the assets in place.” Giles says. “There’s not much doubt offshore wind will happen. The only question now is when.”

Getting from here to there