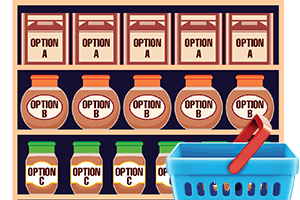 There’s still a lot to learn about how the federal Affordable Care Act will play out in Virginia, but one thing is apparent so far: There will be competing plans for Virginia consumers to choose from in a new health exchange.

At the end of July the state had 15 plans qualified for the health insurance marketplace, which will begin open enrollment Oct. 1. That doesn’t mean there are 15 choices for everybody, because some of the plans cover only certain parts of the state or are in only the individual or small-group market for small businesses. But in general there are enough differences to give consumers some options. “The question is whether the attempt to set up an exchange will create a competitive environment, and the answer looks to be yes,” says Doug Gray, executive director of the Virginia Association of Health Plans.

Virginia last year decided not to set up its own marketplace, so a lot of the decisions about how it will work are up to the federal government, through the U.S. Department of Health and Human Services. When enrollment opens Oct. 1, consumers will be able to look at their options on the HHS website, www.healthcare.gov. Virginia consumers can find what options are available to them based on a range of factors — such as their age and what kind of insurance they need, individual or family. They can also find details about possible subsidies, based on their income.

There is also a new website, http://business.usa.gov/healthcare, where businesses of any size can find out what the ACA options are. Because the Obama administration decided to delay by a year the mandate requiring businesses with more than 50 employees to offer health insurance to their full-time workers, those companies don’t need to seek options on the exchange, but can if they choose to. The individual mandate, though, is still in effect.

Among participants in the insurance exchange are companies such as Aetna, Optima and Healthkeepers, which is part of Anthem, along with CareFirst Blue Cross Blue Shield. Certainly consumers will want to know the costs for these competing insurance plans. For now that answer isn’t available, although cost analysis should be ready by the time the exchange opens in October. The state’s Bureau of Insurance plans to produce consumer guides and premium comparisons as soon as it reviews all the proposed rates and plans, says Ken Schrad, director of the division of information resources for the State Corporation Commission.

Bronze to platinum
The ACA aims to create an apples-to-apples comparison of plans, at various levels — bronze, silver, gold and platinum. Each plan will cover the same essential services, with the main difference between the levels being the amount of the premiums and what portion of health-care costs an individual has to pay. Some insurers didn’t try to join the exchange and will still be selling plans on their own, Schrad says. They’ll still be bound by the ACA’s restrictions that don’t allow them to deny coverage based on pre-existing conditions, or base premiums on health status or gender. Plus, there are limits on how much premiums can vary based on age, geographic location or tobacco use.

These new limits in how insurers in Virginia can underwrite the risk of coverage, though, are going to make a big difference in the costs of plans, says Gray. Insurers were previously allowed to account for such factors. “In Virginia, a sick person would have gotten charged a lot more under the old system,” he says. The new ACA requirements mean “socializing more costs across the pool” of participants. “What it means is that the few who are very sick pay less and the healthy pay more.”

Wary insurers
Some major insurers are sitting out the insurance exchanges because they’re wary of the risk. United Healthcare, for example, isn’t participating, nor is Cigna. Many people will be attracted to the exchanges because of the available subsidies to help cover their costs, and many will have never had insurance before. “So companies want to know, ‘what kind of population will I get if I participate in this marketplace? A healthy one, or one that is predominately sick and has high costs?’ Nobody knows what they’re going to get, so there is some risk,” Gray says.

The ACA does have a program for compensating insurers for taking on that risk, Gray says. But companies that take part in this initial round will have to wait until the middle of 2015 before they will see that compensation. “You don’t want to get too far out on the limb until you understand how that system might work, and whether the money will come,” he says.

Dr. Bill Hazel, Virginia’s secretary of health and human resources, has his eyes on the rollout of the insurance marketplace. It’s new, and much needs to be done to explain what the options are. He’s expecting a lot of interest. “What I really would like for people to understand is that, if you are going to be eligible for coverage under the exchange, that’s great, but the coverage doesn’t start until January, so there is no emergency to show up in the first two weeks of October” to sign up, Hazel says. “I think the big thing is that it would really be helpful if people would plan on maybe not all trying to come the first day.”