Panel assesses state of the economy

With the growth of the national economy approaching the 10-year mark since crashing in 2008, a few notable observers — including a member of Congress — recently took turns peering into the economic crystal ball.

The state of the economy and the question of its future were taken up on Thursday morning by U.S. Rep. Dave Brat, Richmond Federal Reserve senior economist Raymond Owens and CBRE researcher and senior economic advisor Spencer Levy.

Owens said the since the Great Recession ended in 2009 there has been fairly steady economic growth but the rate of growth has varied widely. In light of that growth, the Federal Reserve raised interested rates in June and signaled that other raises were in the works for 2018.

Brat, a Republican, is running for re-election against Democratic challenger Abigail Spanberger to represent Virginia’s 7th Congressional district. He said he sees positive momentum in the economy.

“That tells you a lot if the Fed is getting ready to raise interest rates and try to normalize, which is good,” Brat said. “We've had a sugar high on the monetary side and on the fiscal side for way too long, and so now it's time to get down to the fundamentals.”

Levy said he has yet to see any signs another downturn is pending. Possible risk factors that would suggest a forthcoming recession would be things like an economic crash in China, an Asian debt crisis or a monetary error, Levy said.

“Recessions don’t start with a whimper, they start with a thud,” Levy said. “The thud factors are just not there right now.”

Asked what clouds might be on the horizon, Brat didn’t mince words: “Socialism,” he said. It was one of the few times Thursday’s discussion turned overtly political. Brat said socialist polices haven’t worked out in other countries, and he warned the “moral language” around the business community has been changing for the worse.

Levy said there was a middle ground between “Ayn Rand economics and Gandhi economics.”

“I don't think the choice is between socialism and pure capitalism,” Levy said. “I think we have to look at the reality that whatever people had expected from their employer and their government 30, 40 years ago has radically changed, and we’re putting people in a position today where they are at a greater risk than they've been before.”

Chip Watts, a senior vice president for the Institute of Real Estate Management, which hosted the event, was also on the panel. Richmond Times-Dispatch business editor Greg Gilligan moderated the discussion. Watts is the president of Watts Realty Co. in Alabama.

“As a practitioner, I'm concerned,” Watts said. “I'm looking at interest rates going up. I've got developments in play. I've got refinancing I've got to do. I'm concerned about these moves that the Fed has indicated they're going to take.” 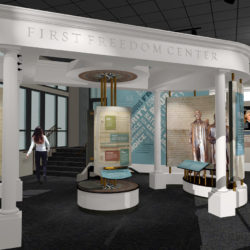 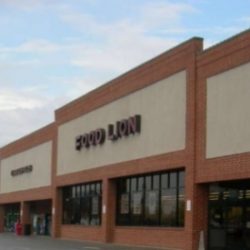