The Peninsula Coun­­­­cil for Work­­­­­force Development is using the results of April’s annual “Greater Peninsula State of the Workforce Report” to help shape its strategic plan for the seven cities and counties it serves.

“We are looking at trends that are emerging and making sure we focus on the right industry clusters,” says Matthew James, the council’s president and CEO. “We want to make sure we remain relevant and look at the needs of employers going forward.”

Two of the council’s key goals are keeping young people in the area and making sure the workforce is properly trained for the jobs available.

The retention of young people is an issue that is not unique to the Peninsula, council officials note. Many other cities and counties around the nation are losing young people. The council is taking steps to encourage students in high school as well as community college students to look for jobs in the region. “There are a lot of good careers here. It’s a growing, vibrant area where you can make a good living and career,” says James.

The council also is involved in career-path work, focusing on youth and early adult programs. It supports the Youth Career Expo, Youth Career Café and Youth Workforce, all of which help raise awareness of area career opportunities. “We think a lot of kids leave because they don’t know about the career opportunities,” James says. “We’re also running a summer camp to train high school counselors. We want to raise their awareness so they understand the careers are here.”

As part of its strategic plan, the council plans to maintain its focus on the six industry sectors it has identified as key areas of workforce demand. They are hospitality, construction, health care, manufacturing, finance and insurance.

The region initially lagged the state average in job growth after the Great Recession, but the Peninsula is now on an uphill climb. “We are still down about 10,000 jobs, but we are outpacing the state” in job growth, says Shawn Avery, the council’s vice president. “Advanced manufacturing is growing big time.”

Manufacturing (13.6 percent of the region’s economy) was the area’s fastest-growing sector between the second quarters of 2012 and 2013, growing 8.6 percent. “Newport News had the largest increase in manufacturing,” says Avery.

Health care, representing 12.8 percent of the economy, has posted employment gains even during the recession. “We do a lot around promoting health care,” Avery says. To that end, the council in 2011 was awarded a $5 million U.S. Department of Labor grant that supports advanced training in several health-related fields. To date 379 workers have received training, surpassing the enrollment goal of 333, Avery says.

The region also is seeing substantial job growth in professional and technical services (engineers, economists, lawyers, etc.). “In the past that was under-represented in the Peninsula, so it’s an emerging sector for them,” says Fletcher Mangum of Richmond-based Mangum Economics, which prepared the report. “They need to pay attention to that.”

The value of diversity

Hampton Roads works to lessen its dependence on defense spending 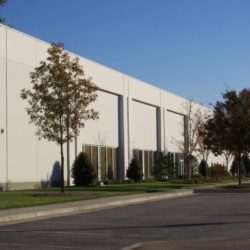