Travis Buchanan resigned as project manager for the R&D Center for Advanced Manufacturing & Energy Efficiency in South Boston. Buchanan took a position with C.R. Onsrud in Troutman, N.C., that will allow him to spend more time with his family. A national search to fill his position will be starting soon. (WorkItSoVa.com)

Linda Lawrence Dalton, co-owner of Lawrence Distributing Co. in Danville, elected to serve as Virginia’s representative on the board of directors for the National Beer Wholesalers Association. (WorkItSoVa.com)

B.J. Seamans, of Fort Mitchell, has accepted the modified position of vice president of engineering and operations, MEC, Chase City. He was an electrical engineer – planning and has worked at MEC for 10 years. (WorkItSoVa.com)

Willie T. Greene Sr., reappointed to the state Board of Social Services. Greene is a self-employed safety consultant and vice mayor of Galax. (News release)

Kevin Fauber, named town manager, Mount Jackson. Fauber has worked in local government for many years, including 24 years as the town manager of Strasburg and two years as Elkton’s town manager. (The Shenandoah Valley-Herald)

Catherine C. Galvin returned as executive director of Shenandoah Area Agency on Aging (SAAA) in Front Royal. Galvin served in that role from 1992 to 2002 and was most recently director of program development for the Harrisonburg Community Health Center. (ShenValleyNow.com)

Brad Boland    , named president for 2014 of the Virginia Association of Realtors. Boland is a managing broker and owner at Keller Williams in Dulles. (VirginiaBusiness.com)

Glen Bolger and Julie Dime of Alexandria, named to the Mount Vernon Board of Visitors. Bolger is a survey researcher for Public Opinion Strategies, and Dime is a partner at Principle Advantage Ltd. (News release)

Jason Frankl, appointed to board of directors, Santeon, Reston. Frankl will serve as independent director and chairman of the compensation committee. He is a senior managing director in FTI Consulting’s forensic and litigation consulting segment. (News release)

Charles Harrington, chairman and CEO of Pasadena, Calif.-based Parsons Corp., appointed to the board of directors of Arlington-based AES Corp. (VirginiaBusiness.com)

Glen McCarthy, professor of music, George Mason University, Fairfax, is one of 25 semifinalists from across the country to be nominated for the Recording Academy and the GRAMMY Foundation’s Music Educator Award. (News release)

Danny TK Avula  and Josie Webster of Richmond, n amed to the state Board of Social Services. Avula is a physician and deputy director at Richmond City Health District. Webster is vice president of the Virginia Council for Private Education.  (News release)

Andreas Dressler  will serve as director of State of Virginia, Europe, for the Richmond-based Virginia Economic Development Partnership. Dressler is managing director of Terrain Consulting in Berlin. (News release)

L. Michael Gracik Jr. will become the new managing partner of the Richmond accounting firm Keiter on Jan. 1. He will succeed retiring managing partner Lewis O. Hall, who has served in the role for 15 years. Gracik joined Keiter as a partner and head of its tax department in 1991. (VirginiaBusiness.com)

Two professors from Virginia Commonwealth University in Richmond will travel abroad next spring on Fulbright grants. Jeff South, an associate professor in the School of Mass Communications, will teach at Northeast Normal University in Changchun, China, and Shawn Utsey, professor of counseling psychology in the Department of Psychology, will travel to South Africa to conduct an oral history project. (News release) 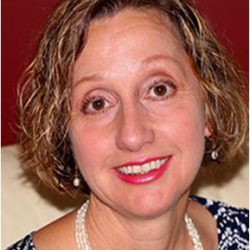 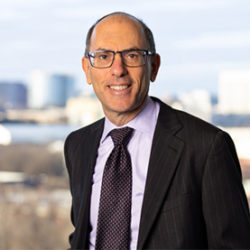