Tiffany McKillip Franks, named to the board of trustees of the A.L. Philpott Manufacturing Extension Partnership. She is president, Averett University, Danville. (News release)

Dr. Bhushan Pandya, a gastroenterologist, named president-elect of the Medical Society of Virginia. Pandya is the founder and president of the Danville Gastroenterology Center in Danville. (GoDanRiver.com)

Sean Collins, appointed Innovate director of the Apex Systems Center for Innovation and Entrepreneurship in the Pamplin College of Business, Virginia Tech. (The Roanoke Times)

Beth Dalton, with Long & Foster Real Estate Inc. in Blacksburg, named manager of the year by the Virginia Association of Realtors. (The Roanoke Times)

John P. Fishwick Jr., nominated to be U.S. attorney for the Western District of Virginia. He has been a partner in the Virginia law firm LichtensteinFishwick PLC, which has offices in Roanoke and Charlottesville. (VirginiaBusiness.com)

Lori A. Rutherford of Roanoke, renamed to the Virginia Health Workforce Development Authority. She is a nurse practitioner with the Veterans Health Administration. (News release)

Jim Wade, former president of Advance Auto Parts, and Bruce Farrell, CEO of Berglund Management Group, chosen by Junior Achievement of Southwest Virginia as laureates for the 25th annual Southwest Virginia Business Hall of Fame. Jonathan Hagmaier of Interactive Achievement and David Poteet of New City were recognized as entrepreneurs of the year. (The Roanoke Times)

SHENANDOAH VALLEY
Eric Lawrence named executive director of the Frederick County Sanitation Authority. Lawrence, 46, has more than 20 years of experience in planning and development and has served as a county department head for 13 years. (The Winchester Star)

Frank Tamberrino , president and CEO of the Harrisonburg-Rockingham Chamber of Commerce, elected vice president at-large, Virginia Association of Chamber of Commerce Executives board of directors. He previously served as the district director representing the Shenandoah Valley. (Daily News-Record)

Kevin Tucker , president of Virginia Beach-based SOLitude Lake Management, named to the Entrepreneurship Advisory Board of the Center for Entrepreneurship at James Madison University in Harrisonburg.  (News release)

Phyllis A. Terrell, named to the board of directors of the Virginia Tourism Authority. Terrell is director of communications, Fort Monroe Authority. (News release)

Stephen R. Wilson, elected to the board of Huntington Ingalls Industries, Newport News. Wilson has served in general management, finance and planning capacities at major companies around the world for nearly 30 years. (News release)

CENTRAL VIRGINIA
Dana J. Boente,  nominated to be U.S. attorney for the Eastern District of Virginia.  Boente has been acting U.S. attorney since 2013. (VirginiaBusiness.com)

William Bradley, promoted to vice president of investment properties for CBRE|Richmond. Bradley has been with CBRE|Richmond for more than eight years. (VirginiaBusiness.com)

Brian Parker, named chief information officer, Strategic Risk Associates, Richmond. He has more than 20 years of cybersecurity and IT consulting experience, including work with IBM and Deloitte. (News release)

William A. “Bill” White Jr. , president and owner of Joyner Fine Properties in Richmond, elected 2016 president of the Virginia Association of Realtors. (VirginiaBusiness.com)

NORTHERN VIRGINIA
Ed Albrigo , named CEO, Center for Innovative Technology, Herndon. Albrigo is the former COO for McLean-based consulting firm Hilltop Cos. He succeeds Peter Jobse, who is stepping down to return to the private sector. (VirginiaBusiness.com)

Melody Barnes , appointed to McLean-based Booz Allen Hamilton’s board of directors. Barnes is domestic policy strategist and vice provost and senior fellow at New York University and previously served in the Obama administration. She was director of the Domestic Policy Council from 2009 to 2012. (Virginia­­­Business.com) 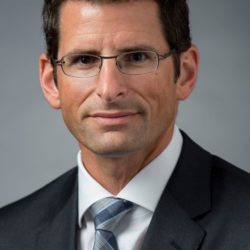