SOUTHERN VIRGINIA
Loretta H. Harris has been appointed by Clarksville Town Council to take over the seat vacated by Kristy Somerville-Midgette, who departed after being named Brunswick County’s school superintendent. Harris has owned and operated several businesses. (SoVaNow.com)

Matt Leonard, executive director of the Halifax County Industrial Development Authority, plans to leave his position Nov. 1 in a decision that the IDA described as “mutually agreed” upon. Leonard took over the reins at the IDA in 2012. (News & Record)

Danville Community College President Bruce R. Scism will retire at the end of the year. Scism became the fifth president of DCC in 2013. (Danville Register & Bee)

EASTERN VIRGINIA
A Virginia Beach-based Realtor has been named Realtor of the Year by the Virginia Association of Realtors. Deborah Baisden is a Realtor with Berkshire Hathaway HomeServices Towne Realty’s Lynnhaven office. (VirginiaBusiness.com)

Charlie Watkins is president and CEO of Landmark Media Enterprises and Dominion Enterprises in Norfolk. He will remain chairman of Expedient, Landmark’s data center and cloud computing company. (The Virginian-Pilot)

Lorraine Wagner has been named vice president of operations for Stihl Inc.’s U.S. headquarters in Virginia Beach. She was director of manufacturing for the company. (VirginiaBusiness.com)

Forbes magazine’s annual list of America’s 400 wealthiest people included four Virginians. The richest Virginian on the list was Jacqueline Mars with a net worth of $24 billion. Her fortune stems from her ownership of an estimated one third of McLean-based Mars Inc., the world’s largest candy maker. Mars’ wealth made her No. 18 on Forbes’ list. (VirginiaBusiness.com)

CENTRAL VIRGINIA
Matthew L. Austin has been named a managing director at Keiter Advisors, the merger and acquisition specialist group at Glen Allen-based CPA firm Keiter. Before joining Keiter Advisors, he was the leader of the Analytics and Financial Planning & Analysis team at NewMarket Corp. (News release)

Liberty University has named Mark Horstemeyer dean of its School of Engineering. Horstemeyer comes to Liberty from Mississippi State University, where he taught computational manufacturing and design as a Giles Distinguished Professor. He also served as chair for computational solid mechanics in the university’s Center for Advanced Vehicular Systems. (News release)

Thomas A. Lisk has joined Cozen O’Connor Public Strategies as a managing director of its Public Strategies Group in Richmond. Lisk previously worked for Eckert Seamans, where he represented a wide range of businesses in regulatory matters. (News release)

Vicki O. Tucker of Hunton Andrews Kurth LLP in Richmond has begun a one-year term as chair of the American Bar Association’s Business Law Section. The Business Law Section is one of the largest ABA groups, with nearly 50,000 members and approximately 60 committees. (News release)

SHENANDOAH VALLEY
Jason Aikens has been appointed to the board of directors of Strasburg-based First Bank. Aikens, a graduate of James Madison University, is vice president and partner of the Aikens Group, a real estate firm based in Winchester. (The Winchester Star)

William C. “Bill” Daniel was named chairman of the Lord Fairfax Community College Board. Daniel, the coordinator of data management for Frederick County Public Schools, has been a Clarke County representative to the board since 2012. He is a 1991 graduate of LFCC and taught for the college’s adult education program after graduating from the University of Virginia in 1994 with a bachelor of science degree in math and a master’s degree in teaching. (News release)

The Virginia Bar Association recently awarded Phillip C. Stone of Harrisonburg its William B. Spong Jr. Professionalism Award. Stone, the award’s 12th recipient, is a VBA Life Member who joined it in 1970 and served as its 1997 president. He was president of Bridgewater College for 16 years and Sweet Briar College for two. With three of his children, he formed the Stone Law Group PLC in Harrisonburg. (News release)

SOUTHWEST VIRGINIA
Roy Evans recently celebrated 30 years as commonwealth’s attorney for Smyth County. The Groseclose native took the job as the county’s prosecutor in 1988, when it was a part-time job, and his predecessor, Danny Lowe, decided not to seek re-election. In August, Evans also was elected president of the Virginia Association of Commonwealth’s Attorneys. (SWVAToday.com)

Noted Appalachian chef Travis Milton will no longer be involved with the Sessions Hotel in Bristol. Milton confirmed in October that he and Creative Boutique Hotels jointly agreed he will step away from the downtown project, which includes plans for two restaurants. First announced in 2013, the Sessions is now expected to open in August. “I’ve been working about 100 hours a week for, like, 18 years now, and it was really starting to take a toll on me,” Milton said. (Bristol Herald Courier)

ROANOKE/NEW RIVER VALLEY
Retired Pulaski County administrator Peter Huber is back in the municipality’s fold to take on the newly formed role of “New Community Workforce Innovation Adviser.” Huber will be working with the Board of Supervisors and the county’s economic development authority. Huber retired as county administrator in January 2017 and was succeeded by Jonathan Sweet. Huber will receive a yearlong $26,000 stipend to cover his functions and associated expenses such as travel, Sweet said. (The Roanoke Times)

Roanoke businessman Maury Strauss has made a $1 million gift to the Virginia Tech Carilion Research Institute. The donation will be used to endow the public lecture series. Strauss is the founder of the Strauss Development Corp., a real estate development firm. (The Roanoke Times) 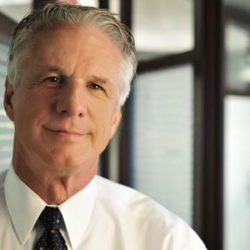 Tysons Partnership elects William Hard to board of directors