The U.S. Army Corps of Engineers has approved its final authorization to dredge and widen the channels leading to the Port of Virginia.

The Army Corps’ Chief of Engineers’ Report is the final federal review of the project and clears the way for the deepening and widening of the commercial shipping channels serving the Norfolk Harbor.

The report allows the project to be included in the federal Water Resources Development Act (WRDA) bill, which is a larger list of projects eligible for federal matching funds. The projects in WRDA that receive funding are determined during the federal budget process.

The largest ships in the Atlantic trade already are calling Virginia, but the added depth will allow for even bigger vessels to visit and for ships to come in and out more fully loaded.

The dredging project will deepen the channels to 55 feet and widen them in certain areas to allow for two-way traffic of ultra-large container vessels. That will allow the port to reclaim its status as the deepest port on the East Coast.

“It has been a three-year collaborative effort, and the result will drive growth at the port and economic development and job creation throughout Virginia for decades to come,” John F. Reinhart, CEO and executive director of the Virginia Port Authority, said in a statement.  “[The project] also holds benefits for taxpayers in those Heartland markets served by The Port of Virginia – Ohio, Kentucky, West Virginia, Indiana, Pennsylvania, Illinois – as they’ll be able to move goods, both exports and imports, more efficiently and economically than ever.”

The project will be executed in two phases. The first phase, preliminary engineering and design ($20 million), is expected to take 18 to 24 months. The dredging phase ($330 million) has a 2024 target completion date.

Virginia Gov. Ralph S. Northam and both state legislative chambers agreed in June to invest $350 million to deepen the harbor.

“We will be completing our $700 million expansion project at our two primary container terminals in 2020,” Reinhart said. “That work will create the capacity and velocity necessary for handling the next generation of big ships and the increased cargo volumes they will bring. In order to safely and efficiently operate, those ships are going to need deep, wide channels.”

Deepening to 55 feet and widening the channel in certain areas will allow big ships to load to their limit and make way for two-ship traffic, said Col. Patrick Kinsman, commander of the Norfolk District, U.S. Army Corps of Engineers.

Currently, when ultra-large container vessels call on the port, channel traffic is limited to one way.

The Chief’s Report completes an effort that began in 1986, when the port was given authorization in the federal Water Resources Development Act to deepen the Norfolk Harbor to 55 feet. In June 2015, the port and the Army Corps’ Norfolk District office signed the Feasibility Cost-Share Agreement and began collaborating on the effort.

Lt. Gen. Todd Semonite, chief of engineers, said the speed at which this project moved through the three-year study, review and approval stages is an example of how the Army Corps of Engineers is streamlining its process. The new process allowed the Chief’s Report to be concluded six months ahead of schedule, he said. 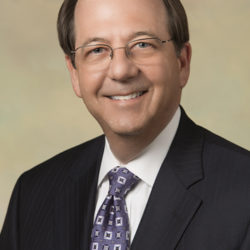 Alan Witt to lead Virginia Chamber of Commerce board