Take a historic building, a love of art, tax credits and a downtown location, and you start to get an idea of the vision behind the soon-to-open Quirk Hotel.

Owners Ted and Katie Ukrop shared their plans for the six-story hotel, scheduled to open on Sept. 1, during a hard-hat media tour on Tuesday.

What will make it stand out, they said, is an experience authentic to Richmond.
There will be local art in the lobby and in the hotel’s 75 guests rooms, an artist in residence, and package deals that might include, say, a visit to the city’s Valentine Museum to view its costume collection.

“We want to offer travelers an experience that is truly Richmond,” said Katie, owner of Quirk Gallery. Located a short distance away at 311 W. Broad St., the gallery will move into a three-story building at 207 West Broad St. that used to house a toy store — right next door to the hotel, at 201 West Broad. A connecting walkway will link the hotel’s lobby to the first-floor gallery.

“This is a hotel birthed from a gallery,” said Christian Kiniry of Glen Allen-based Bank Street Advisors, who is developing the project for the Ukrops. “The art will be a big part of the project.”

If guests like a work of art in their rooms, they can inquire about the artist and perhaps purchase the piece or another work by the artist. The Ukrops want fun to be part of the mix, too.  Guests will stay in rooms painted a neutral gray or a salmon pink color from Benjamin Moore that’s called Love and Happiness.

Besides the art, other amenities will include a first-floor coffee bar, a restaurant, a community table in the lobby, a fitness center, 2,000 square feet of function space, an outdoor dining area and a rooftop deck with a place for cocktails. The deck offers expansive views of the city's skyline.

“You will be able to eat, drink, work and socialize anywhere in the lobby. We want this to be a vibrant, fun place to be,” said Kiniry.

Katie said the public as well as guests are welcome to come in and view works by local and regional artists, which has been the specialty of her Quirk Gallery.

The 60,000-square-foot hotel is located in the former J. B. Mosby & Co. department store, an Italian Renaissance building constructed in 1916. Ted Ukrop said the couple is using historic tax credits to help finance the hotel’s renovation. Asked about total investment cost, Kiniry said they were not releasing that figure at this time. He also would not comment on room rates yet, but pointed out that the top-tier hotel in Richmond, in terms of room rates, would continue to be the luxurious Hotel Jefferson, located a few blocks away.

A graceful, black, wrought iron staircase, unearthed during the renovation, leads up to a second floor, which overlooks the lobby.

Five of the hotel’s rooms are located in a penthouse suite on the top level.  Because of the building’s former use and age, room windows are large and in some cases higher than usual, because space was reserved at the floor level to store dry goods.

Ted Ukrop said his father,  Jim Ukrop, and a partner bought six buildings on West Broad Street in the late 1990s. “They wanted to bring Broad Street back to life,” he said.

Since then, some of the buildings have been sold. With momentum underway in the West Broad Street area because of other large projects, such as the renovation of the Central National Bank building into apartments and the construction of a contemporary arts center on Belvidere and Broad at the entrance to Virginia Commonwealth University, now is good time to proceed with the hotel,  Ted Ukrop said.

“I always wanted to do a hotel in Richmond,” he said. “I love Richmond. I believe in the city. I think we are an underrated tourist destination. “

With national publicity coming the city’s way for its food scene, white water and as the site of September’s World Road Cycling Championships bike race, “I think the timing is right,” for the hotel, he said.

According to the Ukrops, the hotel is more than 50 percent complete and will start booking rooms in June. It already has booked an October wedding, they said, and has received inquiries from biking organizations for rooms during a week in September when Richmond will host the international cycling competition from Sept. 19-27.

The hotel has started to hire staff including a general manager, director of marketing and a chef, David Dunlap. He’s the former chef at Ashby Inn and Restaurant in Paris, Va., Ted said. Before that he worked for two years as the sous chef at the Inn at Little Washington, a top-ranked Virginia hotel and restaurant.
in Little Washington, Va.

Destination Hotels, based out of Englewood, Colo., will manage the hotel. The general contractor is W.M. Jordan Co.  Portsmouth-based TowneBank is the lender. 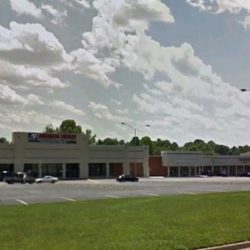