What’s the Richmond area going to look like in the future?
Urban mixed-use projects are here to stay. Developments around major job centers are drawing higher densities. Yet, suburbs with single-family detached homes on half-acre lots will continue to be part of the mix.

Expect changes as localities respond to market demand, four of the region’s planning directors said Wednesday. Some localities plan to update master land-use plans while others already have fine tuned ordinances to allow for mixed-used developments.

The planning directors spoke at a meeting of the Greater Richmond Association of Commercial Real Estate (GRACRE) at the Country Club of Virginia. The event, moderated by James W. Theobald, chairman of Hirschler Fleishcher in Richmond, drew 180 people.

“We’re moving forward, and we offer all different types of lifestyles,” said R. Joe Emerson, director of planning for Henrico County.  According to Emerson, the county has approved six urban, mixed-use projects and three of them are coming out of the ground.

West Broad Village in Henrico County, which combines residences, retail and offices, should be built out in about six months.  The development has been a hotspot for townhome construction, with more than 50 percent of Henrico’s townhomes going up at that location in recent years.  Emerson said he met a family who recently moved from New York to a 3,400-square-foot brownstone at West Broad Village.  “That’s big enough to accommodate a growing family. We also see retirees and soon-to-be retirees who enjoy the walkability of the development. “

Henrico updated its mixed-use ordinance in 2010, redesignating an area at Innsbrook Corporate Center for mixed-use. The update allows the area — the second largest job center in Richmond behind downtown — to be redeveloped with a mixture of uses that take advantage of existing infrastructure, uses, and population base.

The beauty of the mixed-use concept, planners said, is that it can decrease costs for developers by using existing infrastructure.  However, the planning executives made clear that localities still expect developers to shoulder some of the costs, too.

When Theobald asked if Chesterfield County was moving away from its cash proffer policy, Kirk Turner, the county's director of planning, responded, “I don’t see a shift in that philosophy at this point.”

In Chesterfield, Kirk said a recent survey showed that residents moved to the county because they want a single-family detached suburban lifestyle. While the country plans to preserve that land use, it has approved higher-density projects such as apartments close to existing developments like the Belgrade Shopping Center and Chesterfield Town Center, Turner said. Plus, 600 apartments will come on line soon at Stonebridge, a mixed-use project on Midlothian Turnpike anchored by a mega Kroger store.

Mark Olinger, Richmond’s director of planning and development, said the city “already is a big, urban mixed use.” It hasn’t updated its master plan since 2001. “We need to do it. Richmond is a different city now than it was then, and we need to think proactively about the future.”

Mayor Dwight Jones unveiled a $200 million revitalization plan Monday for Shockoe Bottom. It envisions a new ball park for the Richmond Squirrels, the city's minor league baseball team, 750 new apartments, a 200-room Hyatt hotel, a Kroger grocery store and a slavery/heritage site that notes the area’s history as a slave trading center.   Olinger said he thinks sports facilities “need to be part of the mix as we utilizie real estate. They can create great opportunities for vitality and life.”

He cited the city’s recent partnership with Bon Secours Health System on the construction of the Redskins training facility and programs associated with Bon Secours Richmond Community Hospital in Church Hill as examples that improved the quality of life. “Sometimes it's more about partnerships with the health care community and not always about buildings,” he said.

In Hanover County, Director of Planning David Maloney said growth has occurred in and around Bon Secours’ Memorial Regional Hospital and noted that HCA Virginia is building a new  standalone emergency room facility as part of the Rutland Commons mixed-use development. “The marriage of health care with the broader community will be a big trend in the next 20 years,” he said. 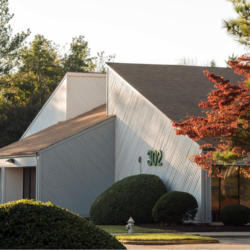