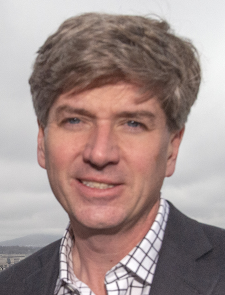 People visiting downtown Danville will soon have a lodging option, thanks to a Roanoke-based development group.

For $350,000, Ed Walker and his team bought two vacant South Union Street buildings, which will be converted into a 42-room boutique hotel. The $6.2 million project has been dubbed Honey Bee, a play on the name of one of the building’s former tenants, the Danville Register & Bee.

The hotel will be developed by Live Oak LLC and managed by City Space LLC. The companies represent a partnership between Walker and fellow Roanoke native Brent Cochran, who will lead the Danville project.

The property will be the only hotel in the River District, the downtown area that the city has been revitalizing since the decline of its tobacco and textile  industries.

“Now, these folks have somewhere to stay in the River District where they can park their vehicle for the weekend, and they really don’t have to get back in until they leave because everything is within walking distance for the most part,” he says. “That’s kind of the culture and the vibe that we’ve been creating in our River District, and … that helps us accomplish our economic development goals.”

The project is being partially financed through a $3 million loan from the city, which will be repaid within a year-and-a-half from the start of construction. The rest of the money is being borrowed from Roanoke-based Freedom First Credit Union. The developers plan to use historic tax credits, available for rehabbing historic properties, and possibly, opportunity-zone tax benefits for investors working in certain areas.

Walker is known for rehabbing buildings in smaller communities and  Roanoke, his hometown. Walker and students at Washington and Lee University’s law school, where he teaches, also are redeveloping a significant portion of downtown Buena Vista. Additionally, he’s working on several projects in Salem with Cochran.

Danville had been on Walker’s radar for a number of years, but he considered investing in the community more seriously after meeting Ina Dixon. She is the former leader of History United, a project that uses history to encourage investment in the Danville area, which includes Pittsylvania County and Caswell County, N.C. Walker also was impressed with Tucker and Corrie Teague Bobe, the city’s assistant economic development director, whom he met two years ago at a craft beer conference in Washington, D.C. 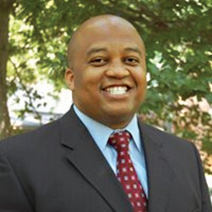 “They are the best economic development team in the state of Virginia,” Walker says. He admires how they’ve fought an inaccurate stereotype that suggested  there’s no opportunity in Danville. That’s a perception that Walker says has plagued other cities impacted by deindustrialization, including Roanoke.

After visiting Danville, Walker was attracted to the city because of the local government’s efficiency; its low residential-vacancy rate; food and beverage scene, and the Institute for Advanced Learning and Research, among other factors. He also has scoped out other buildings downtown and plans to develop additional properties there.

“If you’re going to go into a new market, it makes sense to go with enough scale to justify your presence, so we intend to do more projects there,” he says.