Richmond-based Dominion Energy Inc. recorded more than $500 million above authorized earnings levels from 2017 to 2019, according to a State Corporation Commission report released Tuesday.

The report, which was sent to Gov. Ralph Northam and the House and Senate labor and commerce committee chairs, says that the publicly traded Fortune 500 utility earned $300.8 million in 2017 and $277.3 million in 2018 over the state-determined 9.2% return-on-equity base.

In 2019, however, the utility was below the authorized limit, with 8.03%, or $75.4 million less than the ROE base — mainly because of the closure of generation facilities and costs related to coal byproducts management at four facilities.

Dominion’s combined earnings over the limit during the three-year period are $502.7 million, the company reported to the SCC.

According to the report, a typical residential Dominion customer pays $26.10 (28.81%) more per month now than in 2007, with the average residential monthly electric bill totaling $116.69.

Advocacy group Clean Virginia called Tuesday for legislative reforms to prevent overcharging by the utility. “Virginians — particularly Black and brown households — were already struggling with high energy burdens and rising electricity bills before the COVID-19 crisis and economic fallout,” Executive Director Brennan Gilmore said in the statement. “Lawmakers can easily soften the blow for families and small businesses by requiring Dominion Energy to shoulder its fair share of COVID-related utility debt from the half a billion dollars it has already taken from Virginians and return the rest of it to the people and businesses they overcharged.”

The SCC currently does not have full authority to refund the money to customers or lower base rates to prevent overcharges, Clean Virginia added. The SCC will be able to set a base rate and refund money to customers in 2021 after a more comprehensive survey, including 2020’s ROE base results.

During the regular General Assembly session, the Fair Energy Bills Act introduced by Del. Lee Ware, R-Powhatan, and Del. Jerrauld C. “Jay” Jones, D-Norfolk, would have allowed the SCC to lower Dominion’s base rates by more than $50 million, which is currently not permitted by law, and would let the SCC refund 100% of overcharges to customers, instead of 70%, the current ceiling. The SCC also would have been able to use “cost of equity” analysis to set the allowed profit level, instead of “peer group” analysis, which is currently used.

However, a Senate panel killed the bill in March after it cleared the House on a 77-23 vote.

Dominion released its own statement in response to the report: “As always, we will review the SCC’s latest report on earnings, while recognizing that it represents an interim assessment. We are looking forward to next year’s comprehensive review by the SCC of customer rates and our performance, a so-called ‘triennial review’ that will cover the 2017 to 2020 period. That proceeding will present an opportunity for a review of the investments we have made on behalf of our customers. We’re proud of our record and of the changes underway at the company. We have kept rates well below the national and East Coast averages and maintained a strong record of reliability, while building the nation’s leading clean-energy portfolio.”

In 2015, the state enacted a law that froze base rates for Dominion and Appalachian Power for two years, which allowed both utilities to save earnings they ordinarily would have to return to customers. In 2017, with the Trump administration in office and subsequent changes to the federal energy taxation policy, the state began a three-year review process, which is currently in place, including allowing credits for the utility’s investment in wind, solar and other renewable energy technology.

It’s too early to tell yet, but so far in 2020, Dominion has recorded $630.7 million in costs related to closure of three power stations in Chesterfield County and Yorktown in the first quarter of the year and $116.6 million in unpaid electricity bills as of June 30 since the state placed a moratorium on disconnections in March, the SCC reported last week. A spokesman said the utility is ready to extend the moratorium to October if regulators allow it.

According to the report, Dominion would owe 70% of the excess funds to its customers — currently $256.8 million, although the utility would be allowed to subtract $199.9 million invested in the Coastal Virginia Offshore Wind project and grid transformation work. That leaves approximately $57 million in refundable income, but that number could change by next year’s comprehensive report. 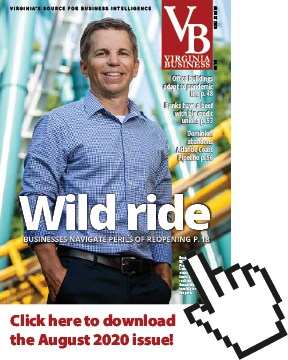 Facilities would power up to 125K homes at peak output

Dominion will award $500K among 60 recipients this year