It’s not that Virginia doesn’t have good family doctors. It’s that the business of being a physician — especially in small- or medium-size primary-care practices — has grown much more difficult. For many of these practices, the pressure to cut costs, turn a profit and still keep up with the demands of a fast-changing health-care industry is hurting the quality of care they can deliver.

That problem is the target that a statewide initiative, the Virginia Primary Care Transformation Cooperative, hopes to fix. The goal is to help struggling practices figure out a better way to do business, a way that will give them more resources to take care of patients and financial stability, says Dr. Anton Kuzel, the project’s leader, who is chairman of the Department of Family Medicine and Population Health at Virginia Commonwealth University. “The models we are offering were developed and tested by physicians in private practice just like them and can work for them as well,” he says. 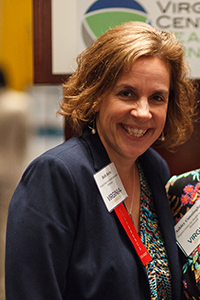 The initiative comes out of the Richmond-based Virginia Center for Health Innovation, which is seeking an $11 million federal grant to fund the project and expects its application to be approved at near the requested amount. The center was launched three years ago with financial support from some of the state’s leading health-care associations, such as the Medical Society of Virginia and the Virginia Association of Health Plans, along with the Virginia Chamber of Commerce. Part of its mission is to organize these kinds of cooperative efforts and when possible, to get funding. “We’re about getting the grants for Virginia,” says Beth Bortz, president and CEO  of the Virginia Center for Health Innovation.

The center announced last December that it won a separate, $2.6 million grant for a yearlong effort to develop regional approaches to improve health-care delivery. These are the first federal grants VCHI has won, and Bortz hopes to repeat these successes. “People are increasingly more receptive about working together,” she says. VCHI also has hired a full-time sustainability director to look for funding from both public and private sources. The center is working on other proposals to support other initiatives but hasn’t completed those yet, Bortz says.

Seeking 250 practices
The primary-care program aims to reach every part of Virginia. According to figures included in the grant application, 976 medical practices fit the program’s criteria, and organizers aim to work with at least 250 of them.

The recruitment process, ex­­pected to last until November, aims to persuade these practices to participate. The “value proposition” as described in grant documents is that physicians can learn how to cope with a “new health-care environment.” The practices that will survive in this environment will be ones that can demonstrate they are improving their patients’ health while also cutting costs.

Part of what this initiative hopes to do is “restoring the joy in practicing primary-care medicine” by reducing the demanding and often nonclinical responsibilities that leave physicians stressed and overworked. Helping physicians “is not just a nicety, but a critical strategy for restoring and sustaining” their ability to lead a practice.

The challenge in helping burned-out doctors is persuading them to drop what grant documents call the “doc-does-it-all” model. Kuzel says small- and medium-size practices in particular struggle with practice models that are difficult to sustain, especially in the current environment. “We believe that the widespread stress felt by primary-care physicians due to adopting electronic health records and ever-increasing regulatory burdens and threats of financial penalties are issues that call for immediate attention,” he says.

This effort is drawing support from universities, state leaders and the commonwealth’s health-care groups. Besides Kuzel, faculty are participating from the University of Virginia, Virginia Tech and George Mason University, as well as the Eastern Virginia Medical School. A Richmond-based organization, Community Health Solutions, offers its expertise in working with primary-care practices.

Three-year program
One of the first things the grant money will be used for is hiring a recruitment director and the “practice coaches” who will work directly with the physician practices. The recruitment starts in earnest in August, with a kickoff event at the summer meeting of the Virginia Academy of Family Physicians and continues at other health-care association meetings in the fall.

In all, the initiative is expected to last three years. It starts with six months of recruiting. The participating practices then will be divided into three groups that will, in succession, get several months of fairly intensive on-site coaching. Pretty much everything is on the table, from staffing levels to scheduling issues and how to handle billing.

The coaches and advisers also will help with retraining and will keep working with practices for months afterward to help them maintain whatever improvements they’ve made. The process will be a demanding task for participating practices, which will be required to provide regular data about their operations and outcomes while making changes to their procedures.

A lot of the help after the six-month coaching period will be Web-based, offered through an online platform hosted by the Virginia Health Innovation Network. That support ends in December 2017, if all goes as planned, and the final six months of the project are focused on analyzing the results and sharing them.

Accountable-care communities
Meanwhile, the $2.6 million grant awarded in December is funding work that began on Feb. 1. The one-year grant from the Centers for Medicare and Medicaid Services (CMS) will support the creation of new statewide health-care models that will try to reduce costs by preventing disease, reducing tobacco use, lowering obesity rates and improving mental health care.

VCHI is running this grant program and already has hired five people — three full-time and two part-time — to handle the work. VCHI plans to develop five regional “accountable-care communities” (ACCs) around the state. Under the ACCs, public- and private-sector health-care stakeholders will develop proposals for creating a coordinated approach to care that will improve health and reduce costs. Eventually, VCHI will ask for more federal funding to implement the proposals.

Most states already are involved in this type of federally funded planning. CMS says 38 states or U.S. territories have received similar grants, with the goal of increasing the quality of care while cutting costs for Medicare, Medicaid and the Children’s Health Insurance program. Virginia’s grant request was fully funded and is one of the largest amounts in the current round of federal State Innovation Model grants. 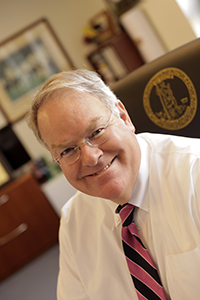 Dr. William A. Hazel Jr., Virginia’s secretary of health and human resources, helped establish VCHI and is on its board of directors. This grant program was supposed to be happening alongside the planned Medicaid expansion on the 2010 Affordable Care Act. A Supreme Court ruling in 2012, however, let states decide whether to expand Medicaid. Virginia is one of the states that did not, despite efforts led by Democratic Gov. Terry McAuliffe after his 2013 election.

Even this planning grant has uncertain support at the federal level, Hazel says. “The truth is every deadline in these [grant programs] has changed, and there’s some concern the money might not even be there” when Virginia and other states seek more money to implement their cost-saving proposals, he says.

Lt. Gov. Ralph Northam also is involved in the planning. He is chairman of a roundtable group developing a uniform set of quality and outcome measures. Northam’s group has a few dozen members, including representatives from all the major health groups and insurance plans in Virginia, along with state agencies and some major employers, such as Virginia Dominion Power and Capital One Financial Corp.

Cutting costs
With the growing pressure to cut health-care costs, Northam says, Virginia needs to figure out how to make it happen here. Besides the public health imperative, it’s an economic growth issue, he says. “One of the key areas that companies look at is how healthy are the people who live in Virginia,” he says. The commonwealth has good quality care and needs to improve access in many regions, but it really needs to cut costs. “It’s the cost part that is really driving Virginia and the country to its knees,” he says.

Though the fight over Medicaid expansion has cooled lately, Northam and Hazel say the commonwealth has to back expansion if it is serious about improving health and cutting costs. “If I don’t have coverage, if I don’t have access to a primary-care provider, where do I go for health care? To the emergency room, and it’s very expensive,” Northam says.

Hazel says making health-care available through a Medicaid expansion is essential because it allows preventive care. Estimates are that 400,000 Virginians would be eligible under Medicaid expansion in Virginia. Expansion is strongly opposed by Republicans who say Virginia can’t afford it. Hazel says the state can’t afford not to. “You can’t improve population health and improve health-care costs unless people have access to care earlier in the disease process,” Hazel says. “It’s hard to keep it economical when you’ve only provided medical care when it’s too late.”

Regardless of whether Medicaid expansion happens here, these two grants do represent a new opening for how health care works in Virginia. The money certainly helps, as does the involvement so far of so many of the major players in the public and private sector, Bortz says.

VCHI’s role as an enabler of these kinds of cooperative initiatives works well because politically, Virginia is a purple state. VCHI is the only state-level nonprofit running a grant program like this, Bortz says. “We needed an entity that wasn’t going to flip every couple of years” as political power shifted in Richmond. “We have Republicans and Democrats on our board. We’re really just about getting it done.” 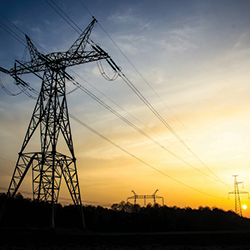 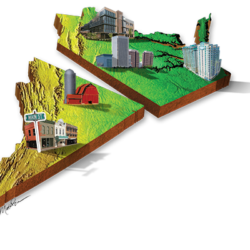 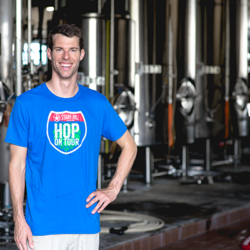