Smithfield-based Pack Brothers Hospitality LLC on Wednesday announced plans for a conference center, hotel, 500-seat restaurant and an overhauled 300-slip marina on part of Fort Monroe in Hampton. The company plans to invest $40 million in the redevelopment project and has been granted a 40-year ground lease by the Fort Monroe Authority, the governor’s office said.

The lease of the land on the southwestern edge of the fort includes several requirements for Pack Brothers Hospitality, run by principals and brothers Randy and Brian Pack, including environmental protection provisions and historic preservation covenants that the company must meet before starting construction. The anticipated opening date is spring 2025, Pack Brothers said.

“Fort Monroe is among the most important historic sites in our country and commonwealth, and must be redeveloped in a way that reflects and preserves this significance,” Gov. Ralph Northam said in a statement. “Pack Brothers Hospitality shares our vision, and I am thrilled to see a Virginia company win this contract. Our administration remains committed to protecting this historical and natural area, expanding access to its recreational opportunities, and maintaining Fort Monroe as a place that is desirable to live, work, and visit now and for generations to come.”
According to the company, which owns and operates the Surry Seafood Co. in Surry and Smithfield Station, the project will be called 37 North at Fort Monroe and will repurpose buildings already on the national monument site. The 500-seat restaurant will incorporate the Old Torpedo Storehouse and the Old Cable Tank Building, as well as a 15,000-square-foot outdoor deck overlooking the harbor. The CAS Bindery will house a 250-person event facility and a new 90-room boutique hotel that will be an independent property, the Packs said in a news release.
Meanwhile, the Old Point Comfort Marina currently in operation will receive extensive renovations, including new floating docks, a 1,600-foot concrete “super dock” that will attenuate waves, and a new structure will house the yacht club, ships store and marina office.
“On behalf of our family, our employees, and the patrons who support our family businesses, Pack Brothers Hospitality is thrilled to accept this new challenge to repurpose and adaptively reuse the property at Old Point Comfort Marina,” Randy Pack said in a statement. “We recognize the value of this historic property, what it means to the community and believe our proposal will become an East Coast resort destination suitable for association with a national monument such as Fort Monroe.”

Decommissioned in 2011 and proclaimed in part as a national monument, Fort Monroe is the largest fort by area ever built in the United States. Other than the portions preserved by the federal proclamation by President Barack Obama, Fort Monroe sought redevelopment plans for the land in 2018. It received 18 proposals, which were reviewed by the authority, the city of Hampton, the state’s Department of General Services and the National Park Service.

“This is an important chapter in Fort Monroe’s history, and we are excited to see Pack Brothers Hospitality bring it to life,” state Secretary of Commerce and Trade Brian Ball said in a statement. “The administration and FMA board has very high standards for this redevelopment project, and we believe Pack Brothers Hospitality will do an excellent job at developing the Marina District into an exciting destination.” 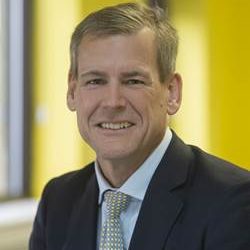 Cliff Fleet is the former president and CEO of Philip Morris USA.

Christy Coleman is CEO of the American Civil War Museum.