Southwest Virginia elected officials and business owners are ready to reopen for business, noting that the number of COVID-19 cases in their region is considerably lower than those found in the more populated regions of the state such as Northern Virginia and Central Virginia.

“The [economic] effects of the COVID-19 pandemic have deeply impacted our citizens and businesses, and we must speak up about this,” Roanoke County Board of Supervisors Chairman David Radford said Friday during a news conference. “Our medical providers are not overrun by COVID-19 cases. We’re asking the governor [to] let us trust our citizens to reopen in a safe and sanitary manner.”

Radford said he was sending a letter signed by all of Roanoke County’s supervisors asking Gov. Ralph Northam to consider reopening the Southwest region of the state “sooner, not later.” A “one-size-fits-all” approach to public health doesn’t serve his region well, Radford adde, saying, “Our region is resilient, and it can conduct business safely.”

Roanoke County has 53 confirmed coronavirus cases, and one person has been hospitalized there since the outbreak began, according to the Virginia Department of Health. In the Alleghany Health District, which includes Alleghany, Botetourt, Craig and Roanoke counties, as well as the city of Salem, three people have died from COVID-19, as of May 1. The city of Roanoke has seen 80 confirmed cases, with five people hospitalized.

Last week, seven state lawmakers from Southwest Virginia, including Del. Terry Kilgore and Sens. Ben Chafin and Todd Pillion, sent a letter to Northam urging him to lift restrictions on businesses across Southwest Virginia. But it’s not the only region in the commonwealth where officials and businesses are champing at the bit to reopen. Northam received a similar letter on April 24 from a group of six supervisors from the Peninsula region, who requested  “phased reopening of businesses as soon as possible,” adding that they are “very concerned” that some businesses closed due to state restrictions during the pandemic may be in jeopardy of going out of business permanently.

One of many complicating factors for Southwest Virginia’s economy is Tennessee’s decision to allow many businesses to reopen this week. The disparity is most evident on Bristol’s State Street, which is evenly divided between Tennessee and Virginia. While stores and restaurants on the Virginia side are closed, their Tennessee counterparts are now allowed to open, under Tennessee Gov. Bill Lee’s orders. Retail shops and restaurants were allowed to reopen on April 29, operating at 50% occupancy under what Lee called the “Tennessee Pledge,” the Volunteer State’s economic recovery plan.

Beginning May 6, Tennessee barber shops, salons, spas, tattoo shops and other close-contact services will be able to reopen in 89 of Tennessee’s 95 counties, although Sullivan County, which neighbors the city of Bristol, is not included in that group.

Northam said Monday during his regular coronavirus news conference that he is open to considering a regional approach to reopening businesses and easing restrictions.

“To try to be consistent, is it really fair for Tennessee’s businesses to be open and Virginia’s not to be?” Northam asked. “I’m open-minded to all of that. I would say, ‘Stay tuned.'”

Northam has spoken frequently about his cooperative efforts with Maryland Gov. Larry Hogan and Washington, D.C., Mayor Muriel Bowser, but Bristol Chamber of Commerce President and CEO Beth D. Rhinehart notes that he should also be paying attention and coordinating with other neighboring states such as Tennessee and North Carolina. “As a region in Southwest Virginia,” Rhinehart said, “I think what makes sense from most people’s perspective here may not be what Maryland’s doing, but more what Tennessee’s doing or North Carolina. I think taking into account the regional approach, because Virginia is so different across its different regions, would make a lot of sense.”

Rhinehart advocates for businesses on both sides of the Virginia-Tennessee line, and while Tennessee merchants are being very cautious and remain “a bit nervous … for the future of their business,” she said, some Virginia business owners and workers are feeling frustrated by the restrictions placed on them by the governor. “It’s human nature to be sitting on one side and see things happening on the other side that are seen as positive and maybe even a competitive advantage, and not to feel frustrated or disappointed by that,” Rhinehart said.

One example is the Quaker Steak & Lube restaurant, on the Virginia side of State Street.

“People in Virginia are eating on the Tennessee side,” said Brad Smith, general manager of the restaurant, which is open only for takeout and third-party delivery. The city of Bristol, Virginia, Smith noted, has had only one confirmed COVID-19 case, and that person is reported to have recovered. Across the Mount Rogers Health District, which includes Bristol and surrounding counties, there have been 86 confirmed coronavirus cases and four deaths related to COVID-19.

“Our regulars are eating at restaurants [in Tennessee],” Smith said, and he feels that it’s safe for his restaurant to reopen too, “especially when people are going into the other state. We have a pretty good plan in place,” including using disposable menus and one-use salt, pepper and ketchup packets. In Tennessee, restaurants are placing tables six feet apart and not seating patrons at bars, guidelines Smith said he would also follow when he is allowed to reopen the Quaker Steak & Lube’s dining room.

“We really don’t know what life will be like when we reopen,” Smith said. “We don’t know if we’ll be packed every day, or if people will be cautious. The priority is that people are safe, but we do have to preserve the economy that we’ve worked hard to build.” 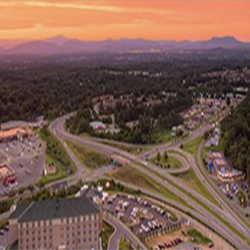 Applicants can receive up to $10K in funding

Grants are available up to $25K