Amid its inaugural virtual semester, the Virginia Tech Innovation Campus in Alexandria is already kickstarting its future tech talent production through the creation of an advisory board, for which top Virginia executives will provide guidance to the campus on business partnerships and projects.

Top executives from Qualcomm, Boeing, KPMG, Northrop Grumman, The Carlyle Group and Hunch Analytics and other regional tech players will bring their expertise to the advisory board, making suggestions and facilitating regional partnerships with employers with a goal of closing the talent gap and making Virginia a tech hub.

“This distinguished and diverse group is united by a commitment to help us ​grow the ideas and talent required for economic growth and global leadership,” Virginia Tech President Sands said in a statement. “We are grateful for their service and we expect them to challenge us to set ambitious goals and push us to achieve them.”

The advisory board includes:

The Innovation Campus, which was announced as part of Virginia’s successful bid to attract Amazon.com Inc.’s HQ2 to the region, is expected to produce 750 computer science graduates each year by the end of the decade and is anticipated to fill the tech supply gap in Virginia’s economy. Greater Washington Partnership Chair Russ Ramsey says that by 2025 it’s expected that there will be 60,000 more tech jobs than Virginia can supply, which is why the Innovation Campus is opening at just the right time.

“Now with COVID, the role of higher education is going to be even more important,” says Ramsey, who serves on the advisory board and also serves as chair of Capital CoLAB, an initiative promoting collaboration among the region’s universities and businesses. “Given the tremendous spotlight on digital skills and virtualization … throughout society … my goal … for Virginia Tech, coming within steps of Amazon HQ2, is to be able to beat this skills gap.”

Lance Collins, who just completed his fifth week as vice president and executive director of Virginia Tech Innovation Campus, says that the Innovation Campus, as a graduate-level institution will work more closely with the business community as a whole than other college campuses.

“The Innovation Campus is different than a traditional academic campus in that it’s by design [intended to] be strongly integrated with companies, nonprofits and even potentially government agencies,” Collins says. “ It’s really got this strong engagement with the community. In order to build all of those linkages with those entities you really do need a strong group of people to help to think about what are the most important technology areas that are emerging.” Collins came to Tech from Cornell University, where he served as the Joseph Silbert Dean of Engineering for 10 years.

One of those leaders is Sanju Bansal, founder and CEO of Hunch Analytics, who will serve as chair of the advisory board. He says his hope for the Innovation Campus will be to bring more tech jobs and innovations to the state.

“I would be thrilled for students … to come out, have ideas for companies and … start them here in Virginia … instead of going to Cambridge or Silicon Valley. It will be a seeding function,” Bansal says. “One of the ongoing frustrations is the fact that the labor pool in this area is quite talented … but we don’t have a very digital-ready workforce — that is, people who can build product that is world-scale. I always thought it would be nice to have more capacity indigenous to the region.”

Bringing talent and jobs back to Virginia is a win-win for the Innovation Campus, business partners and the advisory board, Collins says.

“There’s a sense of excitement around really elevating technology in the Greater D.C. region and they’re excited about that prospect because they benefit from it,” he says. “It’s a virtuous cycle — if we succeed, they succeed.”

Innovation Campus classes are being conducted online this semester due to the pandemic. The Innovation Campus’ first academic building is on track to start construction next year and open in August 2024. In the meantime, faculty offices and course instructors will operate out of Tech’s current Falls Church satellite location. 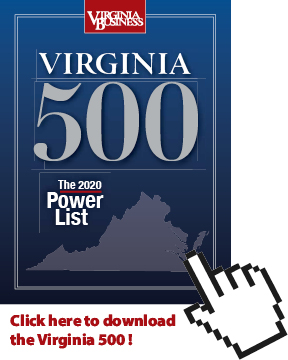 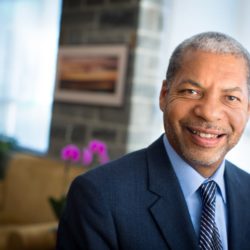