A 90-year-old man swallows a pill. It includes a sophisticated sensor that sends data to his smartphone and his doctor, who can use the information to monitor the man’s vitals and check to see if he’s taking his medication as prescribed.

A car tells a network about a pothole, and other cars automatically adjust their driving patterns or even raise their suspensions to compensate.

A coffee shop monitors the average temperature of coffee its customers are drinking, surveying live data as its patrons sip away.

A mother of three checks her smartphone and finds out that her kids left the lights on and forgot to lock the front door, so she does it for them — remotely.

These are all examples of how the Internet of Things will — or already is — changing our daily lives.

Until recently, computers were pretty much the only “things” connected to the Internet. That was followed by a wave of additional devices ranging from tablets and smartphones to TVs and game consoles. Now we’re experiencing a third wave of connected devices that are unlike what has come before — ranging from home thermostats to car sensors, industrial controls, medical devices and wearable technology. 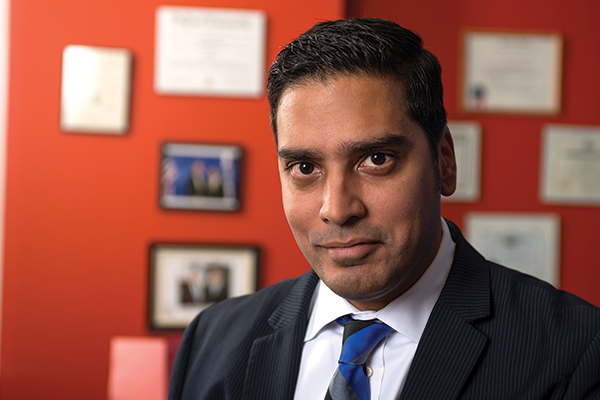 By 2020 the Internet of Things will include more than 26 billion connected objects, according to projections by Gartner, a Connecticut-based information technology research and advisory firm. Nearly 70 percent of U.S. consumers will own at least one in-home Internet-connected device by 2019, such as a thermostat or home security camera, according to a study by Acquity Group, a Chicago-based digital marketing agency.

“Definitionally, it’s when ordinary items have [an Internet] connection that they didn’t have before,” says David Rose, an instructor at the MIT Media Lab and author of “Enchanted Objects: Design, Human Desire, & the Internet of Things.”

“Where it gets interesting and surprising is when those things are the things that we already surround ourselves with, like clothing or jewelry or desks or curtains or furniture,” says Rose, who explained the concept of the Internet of Things to a baffled Jon Stewart in an August interview on “The Daily Show.”

The Internet of Things also opens up a wide array of new business options for manufacturers and retailers, says Rose: “It changes anything that was a product into a service immediately.”

Take for example, he says, a luggage manufacturer. “Samsonite has been struggling with how to differentiate its product for decades,” Rose says. The company added wheels, a bevy of new colors and hard shell versions. “But then you sort of run out of ideas, right?” he asks.

What if you add a Bluetooth chip that can send alerts to your smartphone when your bag enters the baggage carousel or if someone mistakenly grabs your luggage? Then it becomes a service, he says — one that could even be supported with subscription or usage fees. Similarly, he points out that Yale Lock is coming out with a line of Internet-connected house door locks that will allow users to lock or unlock doors remotely.

Along with this proliferation of new Internet-connected devices comes the problem of needing to analyze the reams of data being collected. Businesses “struggle with the challenge of how they can manage, control and act upon the anticipated tsunami of data and events that [the Internet of Things] will undoubtedly create,” says John Crupi, vice president of visual analytics for German enterprise software firm Software AG, which has its North American headquarters in Reston.

The Internet of Things isn’t a new concept, Crupi says. Once known as machine to machine, the idea of a wider network of Internet-connected devices communicating with each other and their users first took hold back in the early 1990s and 2000s.

The surge of new connected devices is being driven by falling prices for hardware sensors, some of which are so cheap and small that they can be placed on disposable products designed for one-time uses so that companies can determine how, when or where their products are being used.
Devices to assist with home automation, health care and fitness are especially fast-growing sectors of the Internet of Things, Crupi says.

However, security concerns also come with the increasing number of connected devices in our lives.

“Anything on your network, if it’s not protected, somebody will hack into it,” says Ted Brown, vice president of IT operations for Reston-based Network Alliance. Any devices that are connected to a network should be integrated into a company’s overall IT security strategy, Brown says, or hackers could find a back door to commit corporate sabotage or access sensitive data.

The federal government, in particular, is concerned about the vulnerabilities created by connected devices, and many Northern Virginia and D.C.-area contractors are working on this issue for the Department of Homeland Security, says Hamid with INADEV.

“There’s obviously a significant national security risk if these Internet-connected devices get hacked or compromised,” Hamid says, adding that the U.S. government is also able to take advantage of such connected devices for offensive espionage and cyber war.

Because of the vast number of government technology contractors in the Washington, D.C., region, Northern Virginia companies are especially well positioned to be leaders in the analytics field associated with the Internet of Things, industry professionals say.

Says Crupi: “I know a lot of people think about Silicon Valley as the epicenter of innovation but when it comes to processing data and the Internet of Things, the No. 1 producer of Internet of Things data is the government. … and the D.C. … Northern Virginia area … is a hotbed for engineers both on the hardware side … and the software side.”

CSC to acquire Australian IT firm in $307.9 million deal