Home Opinion inside view The racehorse has left the barn

The racehorse has left the barn

Viewed from Midlothian Turnpike, Rosie’s Gaming Emporium in Richmond would resemble a busy movie cineplex — if it weren’t for the mobile police watchtower stationed in the packed parking lot.

The three Rosie’s locations that opened this year in Virginia — in Richmond, New Kent and Vinton — offer a casino-like atmosphere populated with glowing, chirping “historic horse racing” machines that, to the casual observer, are virtually indistinguishable from slot machines. Players make wagers on anonymous past horse races based on blind statistics. However, the machines also offer gamblers a more slots-like “auto handicap” button that will automatically choose the horse with the best odds.

Since then, however, a tidal wave of “games of skill” machines that live in a more debatable legal gray space have popped up in restaurants, bars and convenience stores across the commonwealth. And the General Assembly is expected to discuss these machines during its 2020 session, when it will also take up whether to allow casinos in Portsmouth, Norfolk, Danville, Bristol and Richmond.

In a September presentation to the House Appropriations Committee, Virginia Lottery Director Kevin Hall estimated that the lottery would lose $140 million in annual sales to the machines, which he described in an August report to Gov. Ralph Northam as “untaxed, unlicensed and unregulated.” He also stated that Rosie’s hasn’t had significant impact on lottery sales.

With annual sales of $2.29 billion, the Virginia Lottery last fiscal year generated $650 million in profits, which went to the commonwealth’s K-12 public schools.

As of mid-September, the lottery estimated that more than 4,700 games-of-skill machines had been installed in Virginia Lottery-licensed retail locations.

The largest single provider of these machines is Queen of Virginia Skill and Entertainment, a subsidiary of Georgia-based gaming software manufacturer Pace-O-Matic Inc. As of September, it had leased out more than 4,600 of the machines statewide — up from about 2,400 in December 2018, according to the company’s compliance officer, Kevin Anderson.

Over the last two years Queen of Virginia has donated more than $224,000 to state political organizations and General Assembly candidates, according to the nonprofit Virginia Public Access Project. The company maintains that, unlike illegal slot machines, which are games of chance, its machines are skill-based. Wagering 8 cents to $4 per play level, players win money from Queen of Virginia games by matching patterns from memory or engaging in tic-tac-toe-like games.

The company takes a 30% share of revenues from the machines, which it leases to Virginia-based amusement vendors, who also take 30%, Anderson says. The remaining 40% goes to the business owner where the machine is based.

While Queen of Virginia and retailers must pay state and federal income taxes from the machines’ earnings, Anderson acknowledges that there is no specific tax on the machines themselves.

“We are 100% for common-sense regulation. We want to be regulated in Virginia and we want that extra tax that comes with regulation,” says Anderson, a former special agent with the Virginia Alcoholic Beverage Control Authority. Queen of Virginia is a good corporate citizen, he adds,  noting that in the last year it’s donated more than $700,000 to Virginia nonprofits, including the United Way and Virginia food banks. And, he says, there are roughly 5,000 gaming machines operated by other companies in Virginia that may or may not be legal.

Before rolling out its machines in Virginia in October 2017, Queen of Virginia sought an opinion from state ABC authorities as to whether its games could be installed in ABC-licensed locations. Virginia ABC responded in writing that it didn’t consider the games to be illegal gaming machines. However, the ABC and Attorney General Mark Herring revised that position this year, saying it was up to local prosecutors to make that determination. As of late       summer, only Charlottesville Commonwealth’s Attorney Joe Platania had declared the machines illegal, ordering them removed from city locations within 30 days. Queen of Virginia has filed suit against Platania, protesting the action.

Meanwhile, the Joint Legislative Audit and Review Commission (JLARC) is expected to deliver a gaming study in November that will present legislators with recommendations on whether to allow casinos and other new gambling avenues in Virginia.

Regardless of whatever decision legislators make, it appears that the commonwealth already has casinos and slot machines in all but name and they’re likely here to stay. 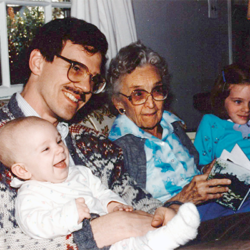 A move that grandmother would not approve