Construction projects aim to provide a smooth ride through the Old Dominion.

There’s a slew of construction underway in the commonwealth. Below is a list of road projects underway, or in the pipeline, which should help ease congestion around the state’s marine terminals.

Chesapeake Bay Bridge-Tunnel: U.S. 13 is the only direct link between Virginia’s Eastern Shore and South Hampton Roads.  The $756 million expansion of the 23-mile Chesapeake Bay Bridge-Tunnel will add a parallel tunnel under the Thimble Shoal Channel in the Chesapeake Bay.  The new tunnel will carry two lanes of traffic southbound, and the existing tunnel will carry two lanes of traffic northbound. The tunnel will be the first bored transportation tunnel of its type in the Hampton Roads area. According to The Virginian-Pilot, a 5.5 million-pound machine will be delivered in October to dig the tunnel, but not before being named by the community. Sixth graders picked 10 potential names for the tunnel boring machine, ranging from “Bessy the Boring Bufflehead” to “Pocahontas.” The public will vote on its favorite name by April 13. The project is expected to be complete in October 2022.

Interstate 64 Widening (Peninsula): The widening of I-64 in Newport News and York and James City counties should help reduce traffic along one of the busiest and most congested highway corridors in the region. Improvements include widening this section of I-64 from four lanes to six lanes for approximately 21 miles, starting west of Jefferson Avenue in Newport News to just west of Newman Road in York County. The project is divided into three segments, the first of which already has been completed. Construction on the final portion of the project in York County should end in fall 2021.

Interstate 64 Widening (Richmond): I-64 also is being widened from four to six lanes on a 5-mile stretch of the Richmond area. The highway will be expanded from the I-295 interchange in Henrico County to the Bottoms Bridge area in New Kent County.   The project also includes widening two existing bridges over the Chickahominy River, which also will receive substructure repairs and deck replacements. Corman-Branch, a joint venture in Roanoke, has been awarded a $43.4 million contract to handle the project.  The initiative should be finished by next fall.

I-64 High Rise Bridge and road widening: This project is expanding 8 miles of I-64 in Chesapeake from four to six lanes by adding a High Occupancy Toll (HOT) lane in each direction. The lanes can be used for free by vehicles with an E-ZPass with at least two passengers. Other vehicles will have to pay a fee to use the HOT lanes. The initiative also will add a new high-rise bridge over the Elizabeth River. In October 2017, the Virginia Department of Transportation (VDOT) awarded $409.6 million to Granite/Parsons/Corman, Joint Venture of Tarrytown, N.Y., for the project.  The award is the largest design-build contract in VDOT’s history. The project is being paid for with a combination of funds from the Hampton Roads Transportation Accountability Commission and the state’s SMART SCALE program. The endeavor is expected to be finished in 2021.

I-64 Hampton Roads Bridge- Tunnel Expansion: The link between Hampton and Norfolk, the 3.5-mile Hampton Roads-Bridge Tunnel is one of Hampton Roads’ most gridlocked corridors. Traffic on the tunnel exceeds 100,000 vehicles per day during peak summer traffic. The expansion will build a new bridge-tunnel and widen the four-lane segments of I-64 in Hampton and Norfolk. Three private-sector organizations are vying to construct the project: Hampton Roads Capacity Constructors, Hampton Roads Connector Partners and Skanska Kiewit. A shortlist will be announced in April. A contract award is expected in early 2019. The project is expected to be complete in 2024. 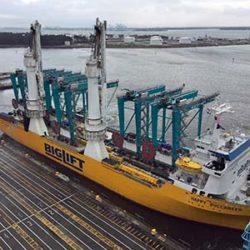 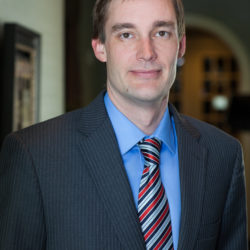 Why building cybersecurity into the supply chain is imperative 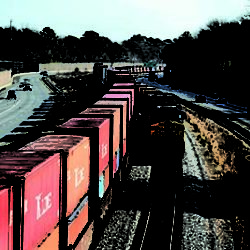