The three latest fatalities were women in their 80s from Newport News, Williamsburg and James City County.

The Virginia Department of Health announced the deaths of three more Virginia residents Sunday, bringing the number of COVID-19 fatalities in the commonwealth to six people. The three patients lived in the Peninsula District and were women in their 80s, according to a VDH news release.

One woman lived in a long-term care facility, and all three were hospitalized. They were residents of Newport News, Williamsburg and James City County, and they died from respiratory failure due to COVID-19.

“It is with deep sadness that we announce three additional victims of COVID-19. We at VDH express our condolences to those families,” said Peninsula Acting Health Director Dr. Steve Julian. “Increased public cooperation with the publicized guidelines that lessen the spread of the disease will reduce the incidence of deaths related to COVID-19.”

Earlier in the week, two men in their 70s in the Peninsula District died from the coronavirus, the first lives claimed by the pandemic in Virginia.

A Fairfax man in his 60s was the the third person to die from COVID-19 in Virginia, Gov. Ralph Northam announced Sunday during his daily coronavirus news briefing. The commonwealth now has 220 confirmed COVID-19 cases in Virginia — 68 more than on Saturday and a 44% increase in 24 hours. Thirty-two Virginians were hospitalized from COVID-19, as of March 22, according to VDH.

“We are seeing this sharp increase in positive tests in part because we do have more capability for testing coming online,” Northam said. “We are [also] seeing it because this virus continues to spread. We talk about flattening the curve but, make no mistake, we are still in the early stages of that curve rising. How high and how quickly those numbers rise is up to you and me and every single Virginian.”

VDH reported these new cases over the weekend:

Most of the new cases were identified by tests performed by private labs, said State Epidemiologist Dr. Lillian Peake.

With Virginia’s K-12 schools now entering the second week of state-mandated closures, Northam said he would address Monday whether school closings will be extended beyond March 27.

The novel coronavirus has spread statewide, with 28 cases in Central Virginia, 70 in Eastern Virginia, 95 in Northern Virginia, 20 in the northwestern region and six in Southwest Virginia since the first case was confirmed in the commonwealth on March 7. As of late afternoon March 22, there were about 330,000 cases worldwide, with nearly 14,400 deaths reported. There are more than 32,600 cases confirmed in the United States, with 402 deaths so far.

Also during the Sunday briefing, Virginia Secretary of Public Safety and Homeland Security Brian J. Moran said that there have been no COVID-19 cases identified in the state’s prisons.

Northam added, “It is clear that COVID-19 is going to be with us for a long time — months, not weeks. We need to adjust to that new reality.” 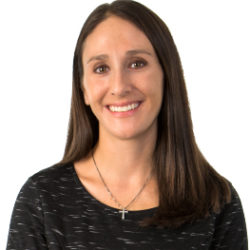 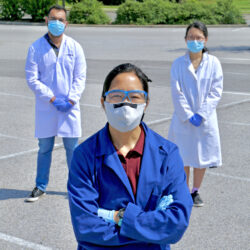