Thomas F. Farrell II, the longtime chairman, president and CEO of Dominion Energy Inc., died Friday, one day after retiring as the Richmond-based Fortune 500 utility’s executive chair and top leader. Farrell, 66, was battling cancer, according to an announcement from Dominion.

“Tom was a peerless mentor and outstanding leader who sought to find innovative solutions to challenges at Dominion Energy, in the utility industry and in the community he called home,” Robert M. Blue, who succeeded Farrell in October 2020 as president and CEO, said in a statement. “In his tenure at the company, Tom oversaw an era of prosperity and growth, and a long-term transformation that will have a lasting impact on clean energy development and on the health of the environment. Above all else, he loved spending time with his wife, his sons and their spouses, and his grandchildren. We will miss him greatly, and extend our deepest condolences to his loving family.”

Farrell’s cancer had taken a turn for the worse in recent weeks, according to Dominion’s statement. Blue became Dominion’s chairman on Thursday, when Farrell retired as executive chair, passing the utility’s leadership to Blue. According to March Securities and Exchange Commission filings, Farrell had planned to serve in an advisory role to Blue until May 1.

The unexpected news that Farrell was stepping down as Dominion’s executive chairman came on the heels of a March 23 announcement that Farrell was also retiring from Henrico County-based Altria Group Inc.’s board of directors, which Farrell had chaired since April 2020. Farrell’s retirements from the Dominion and Altria boards were both filed with the SEC on the same day. He had transitioned from Dominion’s president and CEO to executive chair in October 2020, leading to Blue’s ascension as Dominion’s top leader.

Farrell, who grew up as an Army brat, wrote, funded and produced the 2014 film, “Field of Lost Shoes,” which focused on the 250 teen cadets from Virginia Military Institute who fought for the Confederates during the Battle of New Market in 1864.

Farrell joined Dominion in 1995 as its general counsel, having previously represented the company as part of a team of attorneys at McGuireWoods. He became its president and CEO in 2006 and was elected chairman of the utility’s board in 2007.

In recent years, Farrell led the utility towards more sustainable sources of energy, including expansions into solar and offshore wind.

“We are heartbroken. This is an incredible loss of a remarkable man,” said Farrell’s brother-in-law, Richard Cullen, the former state attorney general and former McGuireWoods chairman, in a statement released Friday.

Among his many civic positions, Farrell chaired the Edison Electric Institute and the Virginia Business Council and was a past member of the board of trustees for both the Virginia Museum of Fine Arts and the Colonial Williamsburg Foundation.

“I know I speak for my fellow members of the Virginia Business Council when I express my deep sadness over the passing of Tom Farrell,” said current Virginia Business Council Chairman William Fralin in a statement. “Tom’s contributions to the energy industry, the commonwealth and the many causes he supported are unparalleled and generations to come will benefit from the legacy he leaves behind. We have lost one of Virginia’s most impactful and compassionate leaders. Without a doubt, Tom will be sorely missed. Our thoughts and prayers go out to his family and those who knew and loved him.”

“Over his years as [Dominion] chairman, Tom shaped the board in his image – strong and able, with a keen eye on ethical behavior, diversity and inclusion, public and community service and innovation,” Robert H. Spilman, lead director of Dominion’s board, added in a statement. “The commonwealth of Virginia has lost a kind soul who was abundantly generous to nonprofits supporting the arts and culture, education and critical community needs.” 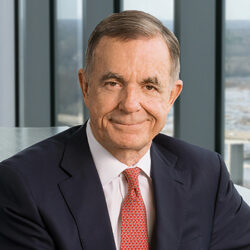 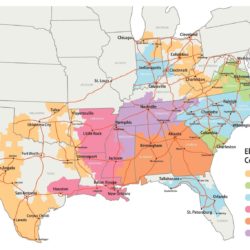