Legislation will affect around 60,000 workers in Virginia

House Bill 2032, introduced by Del.Wendy Gooditis, D-Clarke, extends employee protection laws to domestic service workers that allows them to file complaints regarding workplace safety. The Commission of Labor and Industry would investigate such claims.

Domestic worker is defined as an individual paid either directly or indirectly for services of a household nature performed in or about a private home. This includes jobs such as “companions, cooks, waiters, butlers, maids, valets and chauffeurs.” The bill states that domestic work does not include jobs that are irregular or uncertain.

This bill will affect around 60,000 workers in Virginia, according to Erica Sklar, a national organizer for Hand In Hand, a national network of employers of domestic workers pushing for better working conditions. Lawmakers said 90% of the workers are women and half are women of color.

“Virginia is the 10th state to pass legislation like this,” Sklar said. “There’s also two cities that have passed this legislation, Seattle and Philadelphia.”

Domestic workers were exempted from the Fair Labor Standards Act of 1938, which outlined protections such as a 40-hour maximum workweek and minimum wage requirements. Political scholars say that Southern Democrats joined with Republicans in opposition to the FLSA. A Congressional bill introduced in 2019 sought to repeal the exemption and also expand coverage to domestic workers under the Civil Rights Act of 1964 against discrimination in employment.

Alexsis Rodgers, the Virginia state director of the advocacy group Care In Action, said she wants people to understand the challenges of being a domestic worker. Care in Action is a nonprofit that advocates for millions of domestic workers in the nation. Domestic workers are excluded from workplace protection policies, which many lawmakers had not previously considered, Rodgers said.

The original bill would have covered domestic workers under the Virginia Workers’ Compensation Act, but that portion of the bill was removed, Rodgers said. She hopes the act will eventually include domestic workers.

“These were jobs that were originally done for free under slavery and then were limited jobs available to African American women,” McClellan said when introducing her bill. “As part of Jim Crow they were excluded from minimum wage, workers’ comp, the Human Rights Act, our OSHA laws, our unemployment comp laws—not just here in Virginia, but throughout the South and at the federal level.”

McClellan said she is passionate about fighting for domestic workers’ rights.

“I understand from my own family experience how important domestic work is,” McClellan said. “We trust domestic workers to care for our loved ones in our homes, and their work allows other people to work.”

Opponents of Gooditis’ measure worried over the protocol that allows for a residence to be inspected when a domestic worker files a complaint. Sen. Ryan McDougle, R-Hanover, said before the bill’s passage that he worried “the government will now be able to enter an employer’s house without a search warrant if this conference report is agreed to.”

“My concern about this is that now we’re setting up a system where if you have someone who performs childcare in your home or cleans at your home, now the government is going to be able to come in to inspect that residence,” McDougle said.

McClellan said that in order to conduct an inspection officials will need permission from the owners of the residence or workplace.

“No one would be able to come in without a warrant in the scenario that the senator from Hanover just described,” she said. “Again, there will be no inspections without the consent of the owner, operator of the workplace.”

Capital News Service is a program of Virginia Commonwealth University’s Robertson School of Media and Culture. Students in the program provide state government coverage for a variety of media outlets in Virginia 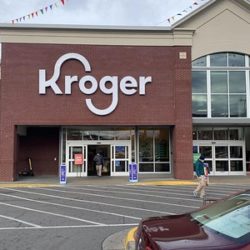 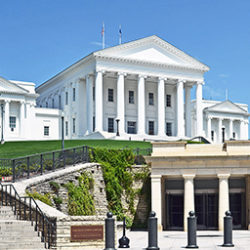 Measure would allow consumers to retrieve their online data